Berlin confronts Germany′s colonial past with new initiative | Germany | News and in-depth reporting from Berlin and beyond | DW | 19.01.2020 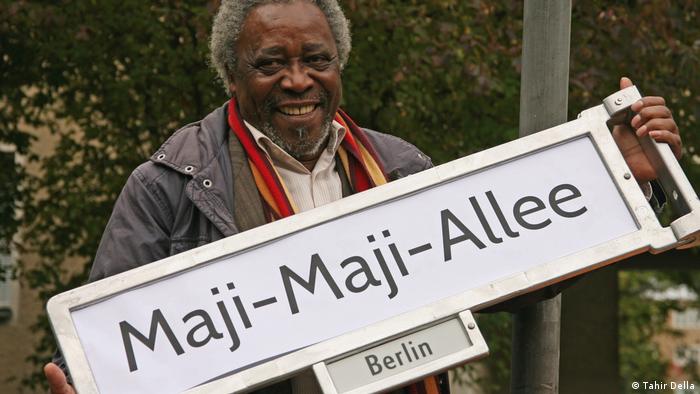 Berlin's relationship with its colonial history is being reconsidered, despite opposition from far-right politicians and some disgruntled locals unhappy at plans to change the names of their streets.

In January, the German capital is launching a new five-year project named "Postcolonial Remembrance in the City" to reframe its postcolonial past, coinciding with the renaming of two streets and a square in the district of Wedding.

The project, co-organized by the Berlin City Museum and three NGOs, will involve five years of events and exhibitions across the city, as well as an annual festival dedicated to "decolonial perspectives" and an online map marking points of interest around the city. 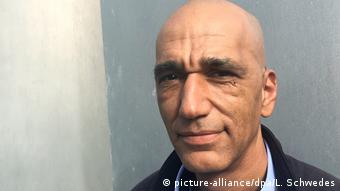 One of the NGOs involved with the project is the Initiative Schwarze Menschen in Deutschland (Initiative of Black People in Germany) (ISD), which sees the issue as more relevant than ever.

"Migration is now being seen in connection with postcolonial history," ISD spokesman Tahir Della told DW. "The former colony countries never really became independent. There are still dependent relationships between the global north and the global south that have their origin in the colonization projects, and which have led to consequences like migration."

The renaming of three streets in Wedding — Petersallee, Nachtigalplatz, and Lüderitzstrasse — has been a major issue for the ISD and other organizations in the last several years, with local authorities making the decision to look for new names in 2016. The move has not been without controversy: some 500 local residents filed complaints against the name changes, delaying the process.

All three places now being renamed are in Wedding's so-called African Quarter, where 25 streets and squares have associations with Africa: some are simply named after countries and cities, though others, including the three above, are named after German colonial officials who were instrumental in driving Germany's colonization of East Africa in the 1880s and 1890s, often with military force.

The most notorious of the three is Carl Peters, who first went to East Africa in the 1880s when he founded the German East Africa Company and bought parcels of land in what is now Tanzania, Rwanda and Burundi. He did this mainly by agreeing so-called "Schutzverträge," or "protection contracts," which gave the locals military protection from neighboring tribes in exchange for what amounted to total control of their country.

Peters was later named imperial high commissioner of East Africa, earning the Swahili nickname "mkono wa damu," or "the man with the bloody hand," for his brutal reputation. Eventually recalled by the Reich for his excessive cruelty, Peters was rehabilitated by the Nazi regime, which made a film about his life and named Berlin's Petersallee in 1939. 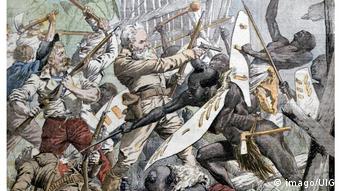 In April 2018, Wedding authorities decided to honor three African postcolonial activists with the new street names. Petersallee is to be divided into Anna-Mungunda-Allee and Maji-Maji-Allee, named after a Namibian independence campaigner and the anti-imperialist rebellion that began in East Africa in 1905.

Lüderitzstrasse will become Cornelius-Fredericks-Strasse, after a southwest African tribal leader, and Nachtigalplatz is to become Manga-Bell-Platz, named after a Cameroonian anti-colonialist leader.

The move has been met with resistance from Germany's far right. In December, two lawmakers from the right-wing populist Alternative for Germany (AfD) invited US historian Bruce Gilley to Berlin to deliver a lecture on German colonialism. Gilley, author of the controversial 2017 article "The Case for Colonialism," argued that the German Reich was more benevolent than many others, and brought better security and economic stability to East Africa.

"This shows that the political right is trying to minimize this issue," said Della. "When people say we need a more nuanced look at colonialism, in the end it always means that the crimes that happened in connection with imperialism get minimized and relativized. It means pretending that these crimes against humanity had positive aspects."

German imperialist history has also often been overlooked in part because the size of its empire remained relatively small, compared to the empires of other European powers, including Britain, France, the Netherlands and Spain.

This, according to Della, does nothing to diminish Germany's crimes. "We just have to look at who committed the first genocide of the 20th century: that was Germany in Namibia, and Germany has up to now failed to properly take responsibility for that," he said.

The city of Berlin itself became a major part of African colonial history in 1884, when Chancellor Otto von Bismarck hosted the infamous Berlin Conference which regulated Europe's colonization in Africa, and which opened the gates to a period of intense imperialist activity.

Equal rights for Africans in Germany and the colonies — that's what 18 Africans demanded 100 years ago. A plaque in Berlin commemorates the long-forgotten Dibobe Petition. (25.07.2019)