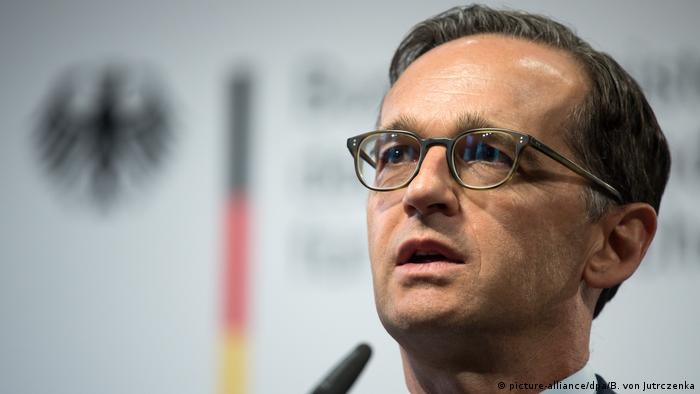 Chancellor Angela Merkel's cabinet decided on Wednesday to abolish the rarely enforced section of the criminal code by January 1, 2018.

"The idea of 'lese majeste' dates back to a long-gone era, it no longer belongs in our criminal law," Justice Minister Heiko Maas (pictured above) said. "The regulation is obsolete and unnecessary," he added.

Maas said heads of state and government would still be able to defend themselves against slander and defamation "but no more or less so than any other person."

Insulted foreign leaders will still be able to pursue their own libel and defamation cases. The main difference between the laws was the extent of the sentence, insulting a political leader could carry up to three years in jail while ordinary libel or slander can carry a one-year jail sentence or a fine.

Böhmermann performed what he called a "smear poem" on his weekly show on public broadcaster ZDF. The comedian said beforehand that the poem was designed to show the difference between legitimate criticism and genuine insults, a satirical response to the thousands of "lese majeste" cases Erdogan was pursuing in Turkey and abroad. It included claims that Erdogan watched child pornography and had sex with animals.

The row damaged Berlin-Ankara relations at a time when Turkey was central to EU plans to stop the mass flow of migrants from the Middle East and Africa.