Union-led strikes have cut air and rail service to Belgium, with the anti-austerity action set to affect schools, businesses and government offices across the country. The strike targets the new government's budget plan. 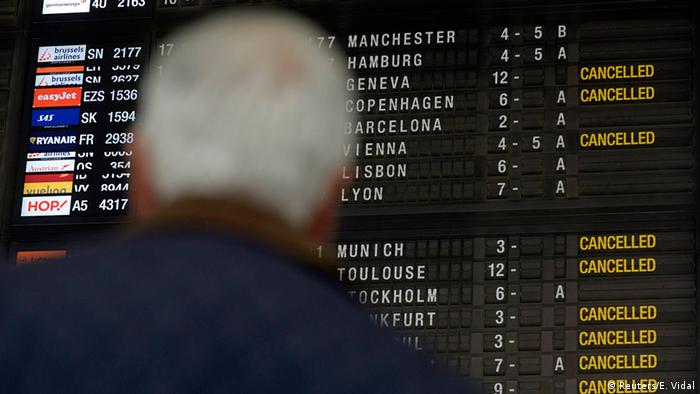 Monday's large general strike culminates a series of smaller weekly protests that have also targeted transportation, leading to canceled flights and train service. The anti-austerity actions began in early November with around 100,000 taking part in a Brussels march that led to clashes between demonstrators and police.

The unions driving the strike say they are voicing opposition to budget-tightening proposals by the country's new center-right coalition government with Prime Minister Charles Michel at its head. The contested moves include the government's scrapping of a customary cost-of-living raise for 2015 as well as plans to raise the country's retirement age from 65 to 67 by 2030 and institute additional public sector cutbacks.

"The government keeps saying there is room for negotiation on the very serious measures that have been decided, but the trade unions remain without concrete answers," Philippe Van Muylder of one participating union, the FGTB, told Belga news agency last week ahead of the new protests. "There is no dialogue."

The managing director of Brussels Charleroi Airport, Jean-Jacques Cloquet, described the disruptions to air service as a "real disaster" and warned of knock-on problems in the busy holiday travel days ahead. A Brussels Airport spokesperson said a total of 600 flights would be unable to land or take off due to the strike by air traffic controllers.

Local travelers and commuters will also face difficulties Monday as bus, tram and metro services are halted. The strike extends beyond the capital to both French and Flemish-speaking regions of the country.

The austerity measures targeted by protesters are intended to save 11 billion euros ($13.69 billion) during the new government's five-year term. They are spearheaded by the 38-year-old Michel, who formed a four-party coalition government in October after months of difficult negotiations.

Belgian trade unions have launched a month of intermittent industrial action to protest against new government austerity measures. The strikes are to culminate in a general stoppage in mid-December. (24.11.2014)

A mass demonstration of some 100,000 workers in the Belgian capital has ended in clashes between protesters and police. The march was the first in a series of protests against new austerity measures. (06.11.2014)

Thousands march in Belgium against austerity

Tens of thousands of Belgians have gathered in Brussels to protest against planned austerity measures by the new government. The march will kick off a month-long campaign against the reforms. (06.11.2014)