Belgian prosecutors say the men were charged with terror-related offenses in connection with an attack aboard a high-speed train that was thwarted by passengers. The suspects were arrested after raids in Brussels. 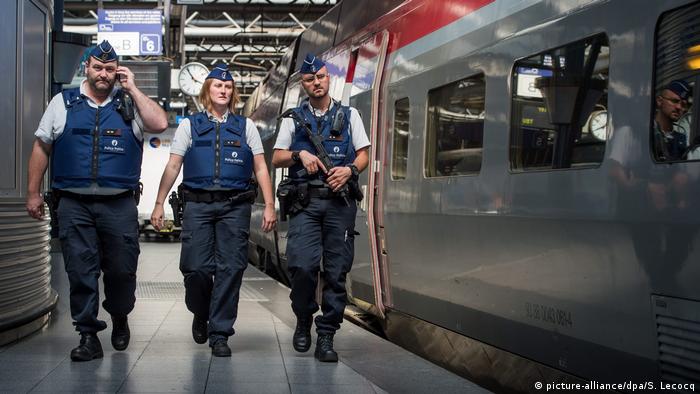 Belgium's Federal Prosecutor's Office said that the suspects, identified as Mohamed B. and Youssef S., were "indicted for participation in the activities of a terrorist group,"

They were among four people detained on Monday after police searched a number of properties in Brussels and southern Belgium. The two others were released after questioning.

The raids were part of a terrorism investigation into a 2015 attack on a high-speed Thalys train between Brussels and Paris, prosecutors said.

At least two of the raids took place in the Belgian capital's Molenbeek district. "Neither explosives nor weapons were found," prosecutors added.

A potential bloodbath was avoided in August 2015, when passengers — including two off-duty US soldiers — subdued Ayoub el-Khazzani, who was armed with a Kalashnikov assault rifle, a pistol and box cutter. The attacker tried to open fire, wounding three people, before he was overpowered.

Belgium and France have been on high-alert following a series of deadly terrorist attacks. In November 2015, the "Islamic State" (IS) militant group claimed responsibility for devastating attacks across Paris that left 130 people dead.

With IS losing territory in the Middle East, authorities have warned of the growing possibility of attacks on European soil as fighters make their way to their home countries in Europe.