Parts of Wallonia, the southern French-speaking region of Belgium, were particularly hard-hit by the new floods. The town of Dinant saw considerable damage, with cars having been swept away by the waters. 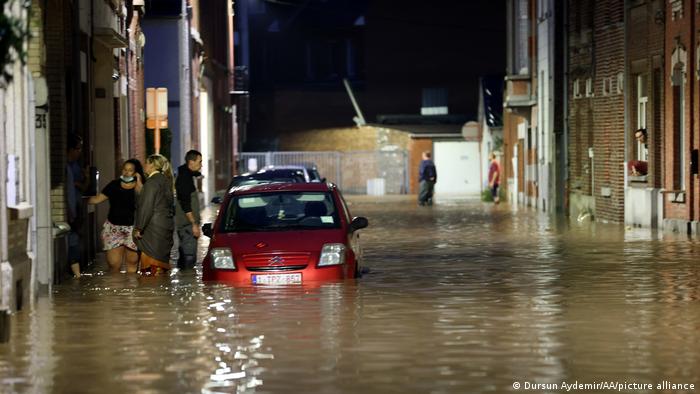 Belgium witnessed a new round of flooding on Saturday, as the country grappled with the impact of heavy rains and thunderstorms.

The floods mostly impacted areas in the country's southern French-speaking region of Wallonia. The provinces of Namur and Walloon-Brabant were particularly affected, according to the Belgium Crisis Center.

The town of Dinant saw significant destruction due to the floods, with automobiles having been swept away by the waters.

"I've been living here all my life and I've never seen this before," Dinant Deputy Mayor Robert Closset told the AP news agency. No fatalities have been reported in the town so far.

Namur experienced a mudslide as a result of the heavy rain.

The northern province of Antwerp also saw some damage due to the storms. 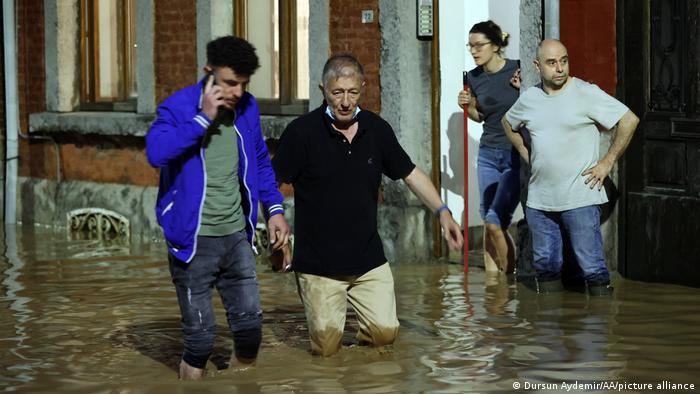 An earlier wave of floods this month had left at least 36 people dead in the country. Belgium held a national day of mourning last Tuesday to remember the lives lost.

The southern Belgian province of Liege was severely impacted, but is not expected to see further flooding.

The earlier floods also left a trail of destruction in Germany, particularly in the western states of North Rhine-Westphalia and Rhineland-Palatinate. The disaster has killed 180 people as of Friday, with almost 150 still missing.

German weather agency DWD has forecast fresh storms for this weekend in western Germany, with "extreme flash floods" also possible in the southern state of Bavaria.