The country has been led by a caretaker government and a minority coalition ever since elections in May 2019. Flemish Liberal Alexander De Croo is set to become the next prime minister. 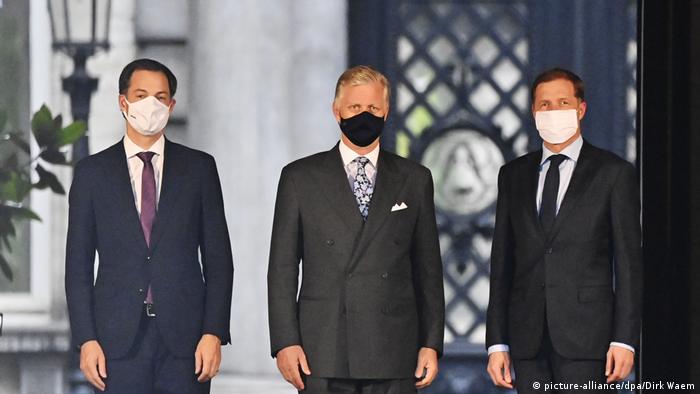 The so-called Vivaldi-coalition consist of Liberals, Socialists and Greens, divided into separate entities from Dutch and French-language regions, as well as the Dutch-speaking Christian Democrats.

Flemish Liberal Alexander De Croo has been tapped to be the next prime minister. He will be sworn in on Thursday.

Belgium is linguistically divided between Dutch-speaking Flanders in the north and primarily French-speaking Wallonia in the south.

The country has been led by a caretaker government since the May 26, 2019 federal elections. A minority coalition has governed with widespread support from the opposition since March this year to deal with the coronavirus pandemic.This most recent government has been led by francophone Liberal Sophie Wilmes.

In a final negotiating session, led by De Croo and francophone Socialist Paul Magnette in talks that lasted almost 24 hours, the coalition found agreement on a common budget.

"The big political hurdles are behind us and I am happy we were able to forge a program with seven partners," said Christian Democrat negotiator Servais Verherstraeten.

Read more: No coalition in sight after fractured Belgium election

The nationalist New Flemish Alliance Party, which got the largest share of the vote in 2019 with 16%, is not represented in the new coalition.

The extreme right-wing Vlaams Belang, which got 12% in the last elections, is also not represented.

The parties in the coalition from the Dutch-speaking Flanders region are set to represent less than half of the voters there, news that prompted protests on Sunday.