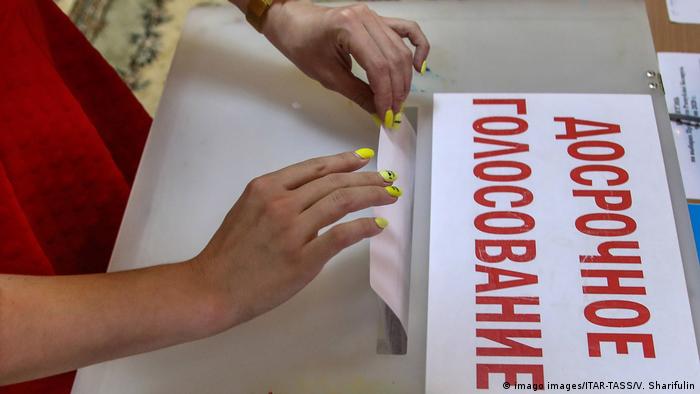 The European Union should reconsider its decision to lift previously imposed sanctions on Belarus "in the light of the past weeks and days," German Foreign Minister Heiko Maas said after President Alexander Lukashenko's reelection sparked mass protests.

There was really no sign of free elections, Maas said in Berlin after a meeting with his South Korean counterpart, Kang Kyung-wha. "Instead," he said, "we have witnessed violence, intimidation and arrest."

German officials had "strong doubts — and from our point of view justified doubts — about the conduct of the elections in Belarus," government spokesman Steffen Seibert told a press conference on Monday.

"Minimum standards for democratic elections were not met," Seibert said. The government finds this "not acceptable," he added. He said EU officials were discussing how to react.

A spokesman for Germany's Foreign Ministry said the election "must be seen as a setback."

He added that the ministry had observed massive repression and arbitrary arrests in the run-up to the election and that the government of Belarus used a "policy of intimidation" targeting journalists and bloggers.

EU 'must take a stance'

Manuel Sarrazin, a member of the German parliament's foreign affairs committee for the Greens, told DW that the election result was more "fake" than previous ones.

Sarrazin also accused the European Union and Germany of "being too soft" in their approach to Belarusian President Alexander Lukashenko, who was named the winner on Sunday.

Lukashenko won a sixth term with 80% of the vote on Sunday, according to the nation's Central Electoral Commission. His opponents have claimed that the result was rigged.

The poll had no independent observers. The Organization for Security and Co-operation in Europe (OSCE), which observes elections on the continent, did not receive a timely invitation.

The result has sparked mass protests in Belarus — including a demonstration in the capital, Minsk, that drew about 5,000 people. Police used stun grenades, water cannons and rubber bullets to break up the protests.