Beitar Jerusalem and the UAE: When football, identity and politics collide

An Emirati investor now owns half of the only Israeli club never to have fielded an Arab-Muslim player. Beitar Jerusalem's far-right fans aren't pleased, but the club's anti-racist supporters are fighting back. 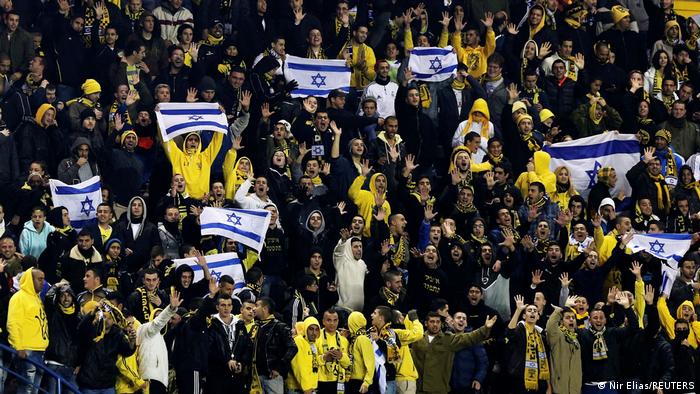 Sheikh Khalifa al-Nahyan intends to invest around $90 million in the club over the next decade in attempt to achieve greater success on the pitch and revamp the club's image, which has suffered due its reputation for having a far-right fan base.

Beitar is the only professional club in Israel never to have fielded a Muslim-Arab player, with dominant fan group La Familia becoming known in recent years as one of the country's most notorious far-right organizations, both in the stadium and on the streets. Right-wing politicians in Israel often attend the club's games as part of their election campaigns.

Inevitably, reports of the UAE investment in Beitar were met with opposition. Islamophobic graffiti was found next to Jerusalem's Teddy Stadium calling for Beitar to remain "pure from Arabs," the tags signed with the initials LF. A La Familia member has also been arrested on suspicion of spraying threatening graffiti targeting Beitar co-owner Moshe Hogeg.

But Beitar Jerusalem's support consists of more than La Familia. Beitar are one of Israel's biggest clubs, six times national champions (most recently in 2008) with an average attendance of over 11,000 before the pandemic. Their fans come from many different cities and social backgrounds and, ironically, many are actually Mizrahis – Jews of Arab descent who themselves have suffered from systematic discrimination within Israel.

Many Beitar fans took to social media to congratulate the club on the deal with the UAE, with the hope that it will bring sporting success. Many of the comments called on the club to crack down on La Familia. "We're sick of them!" wrote one. 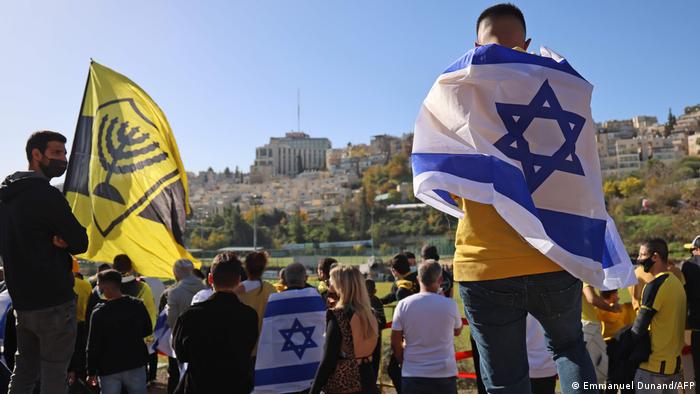 The conflict between both sides reached its climax when La Familia members attacked pro-deal supporters at the first open training session following the announcement of the UAE investment. Five fans were arrested.

"It's not a secret that there's a small racist minority among our fans, but we are not afraid of them," said co-owner Hogeg. "Our message is that we are all equal. We want to show the young kids that we can work and do beautiful things together."

Liel Chavilio is a 27-year-old match-going Beitar fan. She thinks it's time for the club's anti-racist fans to raise their voice and do something about racist tendencies among its own support.

"We've always been here, and we're just as ultra and just as fanatic about Beitar as La Familia. We're here to make our voices heard and support our club."

Speaking about the most recent conflict within Beitar's support, Chavilio praised the fans spoken out against La Familia's racist tendencies. "Enough is enough," she says. "The silent majority is no longer silent. Beitar is so much bigger than this small group of people."

It's not the first time that conflict has erupted between La Familia and the anti-racist elements within Beitar's support. In 2012, then-owner Arkadi Gaydamak signed two Chechen-Muslim players with the intention of, as he put it, "showing Israeli society its real face."

That face revealed itself when Beitar's East Stand, home to the hardcore fans including La Familia, began to empty after one of the Chechen players scored a goal. The story became the subject of Maya Zinshtein's award-winning documentary Forever Pure.

Back then, La Familia came out on top, resulting in some Beitar fans establishing Beitar Nordia, a new club in Israel's fifth division. The club currently plays in the third tier.

But Beitar fan Chavilio believes this time is different, with the UAE investors promising success on the pitch and the anti-racist fans better organized off it. "If we start performing well, racist voices will become more and more silent," she says. 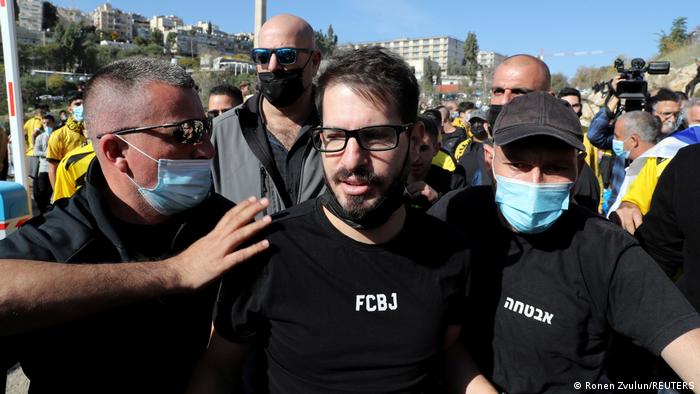 Moshe Hogeg, the owner of Beitar Jerusalem, has sold a 50% stake in the club to UAE investors.

But Beitar fans have heard such promises before, only to end up disappointed. Indeed, the club's recent history reads like a manual on how not to run a football club.

Under Gaydamak, an Israeli-Russian billionaire who bought the club in 2005, Beitar won two league titles and two Israeli cups, before Gaydamak decided to run for Jerusalem mayor. But after receiving just 3% of the vote, he scaled down his investment in Beitar, resulting in sporting decline and fan protests.

Guma Aguilar, an American-Brazillian millionaire, saved the club bankruptcy in 2009 and said he'd like to buy the club from Gaydamak. It later turned out Aguilar was suffering from mental health issues. He has been declared "legally dead" since disappearing in Miami in 2015.

More recently, American businessmen Dan Adler and Adam Levin expressed interest in buying Beitar in 2011. With the deal being on the verge of being sealed, the cash-strapped club hosted the duo at their training ground. They then unexpectedly pulled out of the deal and disappeared, but not before "taking stocks of merchandise" from the club shop, according to reports.

"Your heart is broken again and again as a Beitar fan, but you just keep believing," says Yaakov Lipshitz, 25, who has been attending the club's games since the age of six. "When I heard the Americans were buying us, there were tears of happiness that Gaydamak's time at the club was over. Then they just disappeared."

As for the future, both Lipshitz and Chavilio say they support the UAE deal and hope for a better future for their turbulent club.

"The extremists will never be convinced," says Lipschitz. "But the other 90% will be happy if we do well, no matter where the money comes from."

Chavilio voices similar sentiments. "As a Beitar fan, there's always a degree of concern about the future. But I believe we're on the right path now."