Hurricane Matthew has moved on, but people from Haiti to the US are still dealing with its deadly effects. DW asked an expert whether climate change is making these storms more dangerous - and what we can do to prepare.

DW: Over the last few years, we've seen intense storms around the world cause considerable damage and loss of life. Can major storms like Hurricane Matthew be linked to the effects of climate change?

Maarten van Aalst: It's really too soon for us to tell how storm intensity or frequency is changing. There are several factors. If sea surface temperatures increase, in theory that helps fuel more storms.

The death toll from Hurricane Matthew across the US states of Florida, Georgia, South and North Carolina stands at 17. But that's dwarfed by the at least 1,000 deaths reported in Haiti and other Caribbean island nations. (10.10.2016)

An image of dysfunction after Hurricane Katrina, New Orleans has picked itself up, dusted itself off and is becoming a symbol of resilience in a world where climate change is causing increasing panic and despondency. (23.08.2016)

When extreme weather, war and earthquakes cause destruction and lead to conditions where disease can spread quickly, clean drinking water is essential. A rucksack called PAUL offers a solution. (14.07.2016)

Drought, storms and hail destroy crops worldwide. Some insurers say they can’t afford to offer coverage, while many farmers are underinsured. (07.06.2016)

But weather models also note that changes can basically blow storms apart as they form. That's one of the reasons why people have been speculating that we may see fewer storms, but they may perhaps be more intense.

Climate models are only just getting better at [predicting this], but it's an active field of research.

So a specific link still has not been proven?

For tropical cyclones and storm intensity, it's still very difficult to find a link. Science is progressing, but we don't have a definite answer.

However, we're very sure about the increased threat posed by storm surge, which often causes a big portion of the damage. Sea levels have already risen, and will continue to rise over the coming decades. And we know that the impact of storm surges will become worse, even with storms of the same intensity.

We've seen that now, with Hurricane Matthew, we saw it with Hurricane Sandy in New York [in 2012]. We also saw it, for instance, with Typhoon Haiyan in the Philippines [in 2013], where 93 percent of people were killed by the storm surge.

It may not seem like much, a 1-foot rise in sea levels - but it leads to a much more damaging impact further inland. With Sandy, for example, subway stations were underwater which otherwise would not have flooded. This is a very predictable trend. 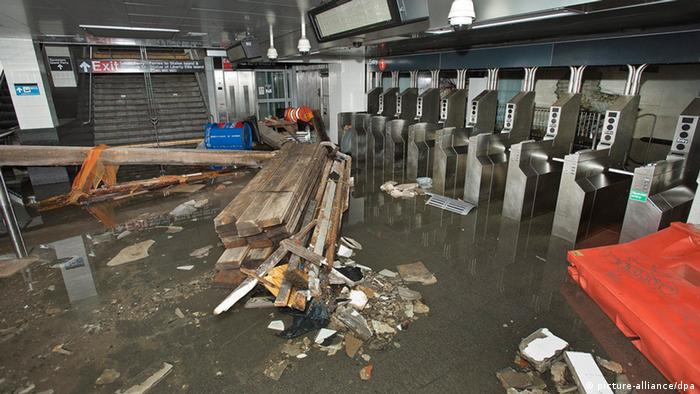 The other [influence of climate change] is rising uncertainty, and that's the tricky part. Even if we don't know exactly if, for instance, hurricane intensity is going up by 10 percent or 20 percent, the fact that we don't know and that we may be in for more surprises is something that makes our work more challenging.

We know that storms only form in relatively warm waters, so if the warm waters extend further away from the equator, places that haven't experienced storms before might suddenly get them. And those might be the places where we don't have the early warning systems and we don't have the coastal infrastructure to deal with those effects. Based on the models, we don't know exactly what to expect - but we're certainly prepared for more surprises on that front.

Are certain parts of the world more at risk?

[With these storms] there's tremendous suffering everywhere. But if you compare the same storm in Florida to what it does in Haiti, it's clear that the vulnerability of the places that are hit is still a key factor. Regardless of what's changing with the intensity of these storms, we have to do something about the vulnerability of those societies.

Haiti is probably the most poignant case, where you see the human suffering. We knew that at some point we could expect a storm, and that it would do considerable damage. We need to increase resilience in those communities, increase preparedness and the quality of infrastructure, and we're not where we need to be at this point. 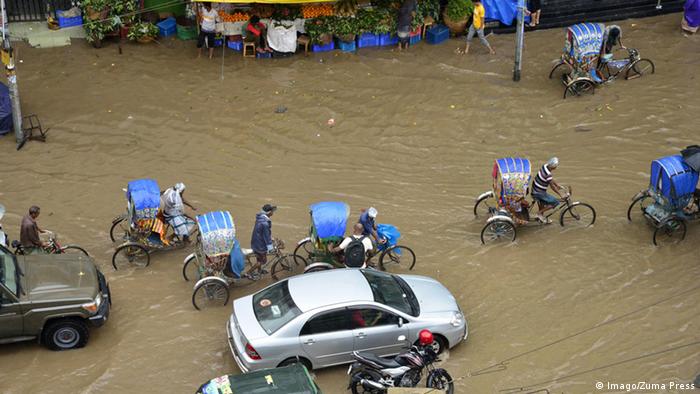 Increased preparedness has helped Bangladesh reduce impacts from cyclones, like Roanu this past May

What can especially vulnerable countries, like Haiti, do to better prepare for storms like this in the future?

Simple things that can save many lives are things like early warning systems, just to get people out of harms way, away from the most vulnerable places.

Bangladesh is one of the world's super vulnerable places, like Haiti, where you see a lot of people concentrated in low-lying areas. In the 1970s, similar storms there would have killed hundreds of thousands of people. But due to a single early warning system constructed along a big chunk of the coast of Bangladesh, global disaster mortality statistics have gone down over the past couple of decades. If a similar storm hits there now, we still see hundreds, or even thousands, of people lose their lives, but it's not at the scale of the hundreds of thousands that we had in the 1970s.

But the problem is that although warning systems save people's lives, they don't necessarily save their livelihoods. Over longer periods of time, ideally you'd think of things like land use planning. We see many cities, particularly in developing countries but even in developed countries, expanding into areas that really aren't so suitable for permanent habitation, in light of the flood risk. If people do live in those areas and you want to keep them there, then we need to improve things like housing standards and protective infrastructure.

It's also about insuring services, like the ability to continue providing clean water. One of the things we're worried about in Haiti right now is a cholera outbreak. Having basic health services, having proper water and sanitation is critical. And those are not things that just pop up after a disaster, that's part of the permanent infrastructure of a country.

Maarten van Aalst is director at the climate center for the International Federation of Red Cross and Red Crescent Societies, where he specializes in climate change, disaster risk management and development planning. He's a coordinating lead author for the IPCC Special Report on Extremes, and has a PhD in atmospheric science.

Hurricane Matthew has moved on, but people from Haiti to the US are still dealing with its deadly aftereffects. Around 1 million Haitians are in need of urgent assistance. (10.10.2016)