Indian film actor Shah Rukh Khan says he does not need 'unsolicited advice' from Pakistan on his security after his recent magazine article led to heated verbal exchanges between New Delhi and Islamabad. 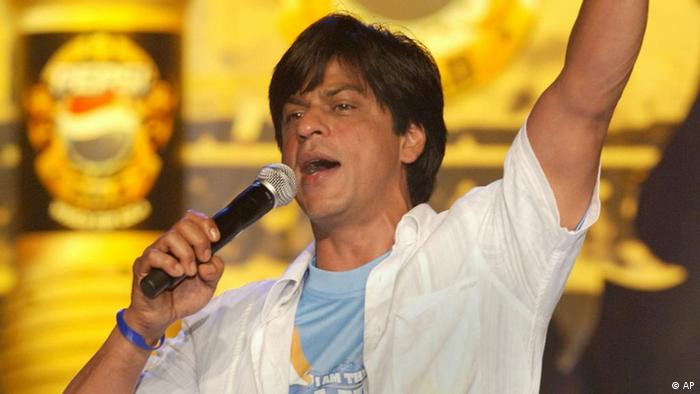 Bollywood superstar Shah Rukh Khan has insisted that he feels "safe and happy" after his article about being a Muslim in Hindu-majority India sparked a heated debate in the country and abroad.

In an article for The New York Times' Outlook Magazine, Khan wrote that sometimes he became "the inadvertent object of political leaders who choose to make me a symbol of all that they think is wrong and unpatriotic about Muslims in India." He further said that he had occasionally been accused of having a soft spot for the neighboring Islamic country Pakistan and had been urged by some Indian leaders to leave India and return to what they referred to as his "original homeland."

Khan, like some other famous Muslim Bollywood actors, has family roots in Pakistan's northwestern city of Peshawar. Another Bollywood legend Yousuf Khan, who is popularly known as Dilip Kumar, was born in Peshawar.

Khan, who is considered India's biggest film star, is immensely popular among Hindus and Muslims alike. He has acted in around 75 feature films, including India's biggest box-office hits. Khan is arguably India's most popular actor overseas.

Earlier this week, Pakistani Interior Minister Rehman Malik responded to Khan's article by suggesting the Indian government beef up security for the actor. New Delhi reacted sharply to Malik's comments and asked him to look after the security of Pakistani citizens instead of advising them about Khan. 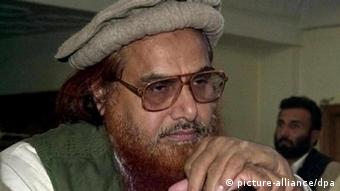 On Tuesday, January 29, Khan read out a statement to journalists and said that his article for the magazine had taken an "unwarranted twist."

"Nowhere does the article state or imply directly or indirectly that I feel unsafe, troubled or disturbed in India," he said. "I would like to tell all those who are offering me unsolicited advice that we in India are extremely safe and happy. We have an amazing democratic, free and secular way of life."

Khan and the Hindu right-wing

But Khan has a difficult relationship with Hindu right-wing groups in India, particularly the far-right Shiv Sena. Sena has a big support base in India's financial capital Mumbai, which is also home to Bollywood. The party is known for speaking out against Pakistan and Muslims.

In 2010, Shiva Sena boycotted Khan's film "My Name is Khan" (revolving around the life of an autistic American Muslim after 9/11) after Khan spoke in favor of Pakistani cricketers playing for the Indian Premier League. Khan refused to apologize to Sena's late chief and ideologue Bal Thackeray for his comments.

Experts say that incidents like these have become an excuse for many right-wing Pakistani groups to accuse India of mistreating Muslims and its Muslim stars. Islamic parties in Pakistan often use these incidents to claim that Pakistan is a better place for Muslims than India.

Unsurprisingly, Pakistan's banned militant organization Lashkar-e-Taiba's (LeT) chief Hafiz Saeed - who New Delhi accuses of masterminding the 2008 Mumbai terror attacks - responded to Khan's article in a statement and told him to migrate to Pakistan if he felt unsafe in his country.

Peerzada Salman, a cultural critic at Pakistan's Dawn newspaper, told DW that Khan was a "phenomenal actor" with a huge following in both India and Pakistan. He said Khan had always been an "outsider" in the Indian film industry and that his unprecedented success made a lot of people jealous. 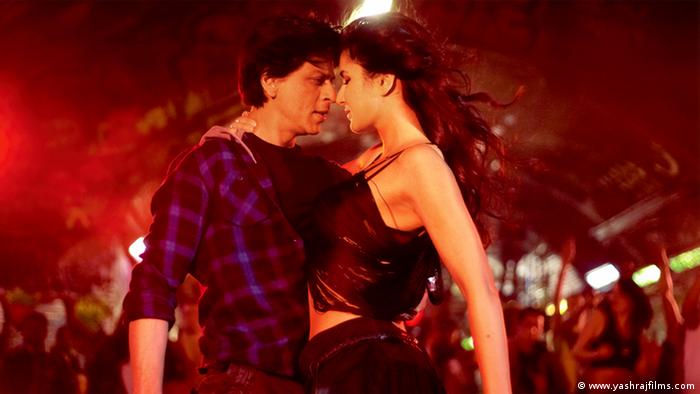 Khan's movies are quite popular in Germany and other European countries

"I remember when Khan was becoming popular in the mid 1990s, an Indian journalist wrote an article attributing Khan's success to the scripts in the Urdu language which the journalist implied was a Muslim language," Salman said, suggesting that the Urdu-Hindi divide did exist in India. He, however, said that only a small section of Indians believed in this.

"Muslim artists have always dominated the Indian film industry," Salman added. "In the 1950s, after the partition of India, Muslim actors, writers and musicians contributed to the growth of the industry in a big way. On the contrary, the Pakistani film industry was unable to prosper and the Muslim artists who migrated from India to Pakistan couldn't make it big there."

Film critics like Salman say that it would be unfair to divide the Indian film industry on religious lines.

"I think it is Shah Rukh Khan's fault too. He gets too emotional about such things. It is also about his temperament."

Karachi-based Pakistani actor and dancer Suhaee Abro said that it was very hypocritical on the part of Pakistani interior minister Malik to tell the Indian government to increase Khan's security. She was of the opinion that it was Pakistan which was not safe for its artists.

"My dance teacher Sheema Kirmani has been threatened many times [for organizing dance shows]. Mullahs have threatened to target a music school in Karachi where I used to teach. But we are still working. In fact, more and more people are taking up performing arts," Abro told DW. 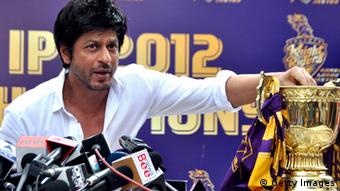 Khizar Sharif, a Bollywood buff in Karachi, told DW that people like LeT's Hafiz Saeed should "shut their mouths and mind their business."

"Saeed is the one who tried to destroy peace between India and Pakistan," Sharif said. "And Malik should focus on his job as an interior minister of Pakistan and not worry about 'Bollywood's King.'"

Another Bollywood fan Zakria Zubair in Islamabad told DW that Rehman had a "reputation of making stupid remarks and then taking them back."

Khan is also very popular in Europe and Germany. For many Germans, Bollywood is synonymous with Shah Rukh Khan. Khan's movies are regularly shown on German TV channels. 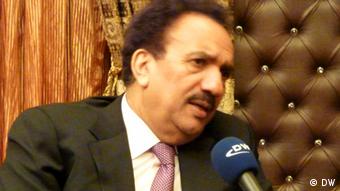 Both Sharif and Khan say that Khan's popularity transcends both national and religious barriers.

"There are no two opinions about the popularity of Shah Rukh Khan in Pakistan. You will find kids dancing to Khan's songs and young guys actually believing in his cinematic depiction of romantic characters," Sharif told DW.

Zubair also believed that Khan was "extremely popular" among almost all socio-economic classes in Pakistan. "Every woman secretly wants her boyfriend, fiance or husband to be like Khan. Such is his popularity."

Regardless of whether or not Khan decides to move to Pakistan or stay in India, the superstar will no doubt be welcome anywhere in the world.

'King Khan' is crazy about Germany and his fans in Europe are just as crazy about him. Shah Rukh continues to earn praise for bringing Berlin to India in his film 'Don 2.' (14.02.2012)

Bollywood fans gear up for 'Don 2' in Berlin

One of the most-awaited movies at the upcoming Berlin film festival is Bollywood blockbuster ‘Don 2 – The King is Back’ starring Shah Rukh Khan who will be in the German capital for the screening. (03.02.2012)