Chinese authorities have sacked four police officers and disciplined several others over a death of 29-year-old Lei Yang, who died in custody. The prosecutors previously dropped the case, sparking public outrage. 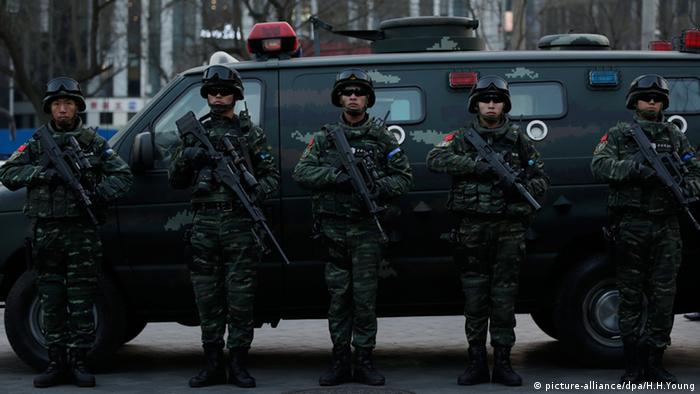 Four out of five arresting officers lost their jobs with the Beijing police force, while the remaining one has been transferred to a non-law enforcement post, the AP news agency reported citing the Public Security Bureau on Friday. Six of the officers' superiors were disciplined with administrative measures and demotion, according to the media.

The decision follows a widespread outcry surrounding the fate of environmental activist Lei Yang. The 29-year-old was arrested in May, in what police claimed was a raid on a brothel disguised as a massage parlor. He died in custody on the same day, allegedly by choking on his own vomit. The case, however, went viral after Lei's wife publicly cast doubt on the official version of events and claimed her husband's body showed bruises.

Looking into the case, investigators found that the five officers choked the suspect shortly before his death, pressed their knees against Lei's neck and face and stamped on his face, the "South China Morning Post" reported, citing the official Xinhua news agency.

Also, officers did not bring Lei to the hospital when he first showed signs of suffocating, and they later tried to cover their tracks and stall the investigation, according to the report.

Chinese prosecutors described the police behavior as "improper" and admitted that the officers used excessive force and tried to cover up Lei's death. However, they declined to press charges and dropped the case last week. The prosecutors stated that the officers showed remorse, adding that "circumstances of the crime were minor," according to the "Wall Street Journal."

On Thursday, Lei's family lawyer said the parents have given up on legal action against the officers after receiving financial compensation.

"Due to our own reasons, the pressure is too great; the effort involved in a long litigation will be more than we can bear," the family reportedly told their lawyer, Chen Youxi.