It has been 50 years since the spark that touched off China's volatile period of mass collectives and student uprising. Beijing did not mark the occasion, and clamped down on social media discussions of the event. 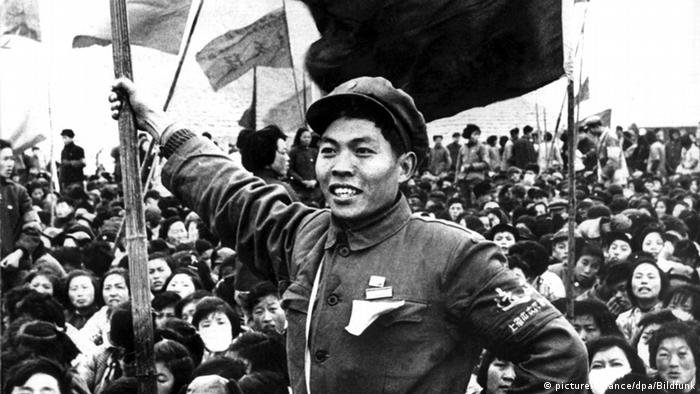 The Chinese media largely ignored a notable anniversary in the country's history on Monday as authorities continued to suppress discussion of some of the Communist Party's more violent chapters. Exactly 50 years ago, the party's Politburo met to launch what would become known as the Cultural Revolution.

On May 16, 1966, high-ranking politicians met in Beijing to purge several top officials who had fallen out of favor with leader Mao Zedong. The summit also produced a document that outlined the Party's new course of "the Great Leap Forward," i.e., the mass mobilization of citizens into collectives dedicated to a single industry or crop, and the destruction of the "Four Olds," or an ideological break with traditional Chinese customs.

The policy lasted for a decade until Mao's death in 1976. It has come to be regarded as a "catastrophe," for the violent persecution, famine and exile of educated youths to the countryside that came of it.

Following quotations in Mao's "Little Red Book," rival factions of student paramilitary groups known as Red Guards began to battle each other over ideological purity, creating a climate of fear so volatile that many refused to oppose them.

The Communist Party has acknowledged the disastrous nature of the Cultural Revolution, but mostly exonerated Mao, whose immense portrait still hangs from the famous Tiananmen Gate in central Beijing.

Censors clamped down on mentions of the anniversary on social media over the weekend. However, there were a few published reports on the event on Monday. Phoenix TV, one of the few privately owned stations allowed to operate in mainland China, interviewed young people to ask their thoughts on the Cultural Revolution, getting responses like "idealism" and "confusion."