Before Bahrain, F1 announces 'due diligence' on human rights

The Formula One Group and a Bahrain rights monitor have jointly announced that F1 will "strengthen its processes in relation to human rights," days before the Bahrain Grand Prix - a contentious date on the F1 calendar. 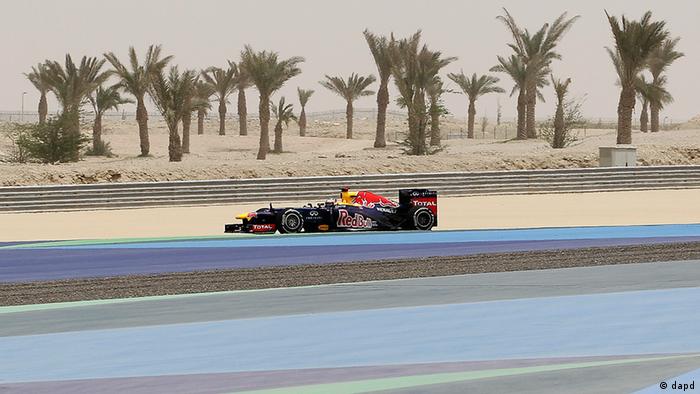 The advocacy group Americans for Democracy & Human Rights in Bahrain (ADHRB) and F1's administrative company the Formula One Group issued a joint statement on Thursday, the upshot of an ADHRB complaint to the British government issued at last year's Bahrain Grand Prix.

"As a result of that process, Formula One Group has committed to taking a number of further steps to strengthen its processes in relation to human rights in accordance with the standards provided for by the [OECD Guidelines for Multinational Enterprises]," the joint statement said.

In return, ADHRB had agreed "to stop further pursuit of its complaint," the statement said.

Formula One published a new three-point section on the back pages of its website, albeit not particularly prominently, called "Statement of Commitment to Respect for Human Rights."

Point 1 states that the series "is committed to respecting internationally-recognized human rights in its operations globally," while the second goes into details of specific "proportionate steps" the series would take, focusing on "those areas which are within our own direct influence."

The final point, however, issued a key disclaimer: "Where domestic laws and regulations conflict with internationally-recognized human rights, the Formula One Group will seek ways to honor them to the fullest extent which does not place them in violation of domestic law." 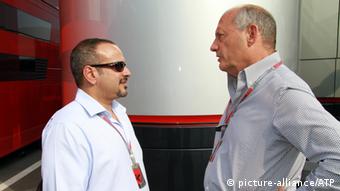 A key venue, and a contentious one

The Bahrain Grand Prix, funded by the country's monarchy, is a key contributor to F1's coffers; its so-called "sanctioning fee" - the price tag for holding an F1 event - is thought to be among the highest in the world, in the region of $50 million (46.5 million euros).

The race has often faced protests and disruptions, with Bahrain's largely Shiite opposition often seeing the event as an opportunity to court more media attention than usual in demonstrations against the Sunni royal family.

An attempt in 2011 to give Bahrain the prestigious season-opening spot on the calendar - at the expense of Melbourne, Australia, backfired catastrophically as "Arab Spring" protests almost prompted regime change in the Gulf nation. The race was suspended, then rescheduled to October 30 - late in the season - before the organizers announced that they did not wish to hold the race, which was still under fierce public criticism.

Races have gone ahead, with disruption but on a smaller scale, every year since. The Sakhir International Circuit also plays host to pre-season test sessions.

On Wednesday, Amnesty International issued a press release entitled "Five things you should know about Bahrain ahead of the Formula One Grand Prix." It singled out points like a ban on protests in the capital, Manama, the threat of jail time for social media comments criticizing the authorities, and allegations of detainees often facing torture.

The Formula One series, whose largest single source of income is the sanctioning fees paid by host countries, has branched out to a number of wealthier nations with more dubious rights records in the 21st century, such as China, Singapore and fellow Gulf state Abu Dhabi. As of 2014, Russia joined the F1 calendar. Azerbaijan is set to debut in 2016.

Ahead of Sunday's race, as part of a new rule, all the F1 drivers will be expected to gather on the start-finish line for Bahrain's national anthem.