Germany's most often visited music museum is closing its doors before the big year. What?!? Not to worry: It is set to reopen just in time for the yearlong celebration in 2020. Here's a preview. 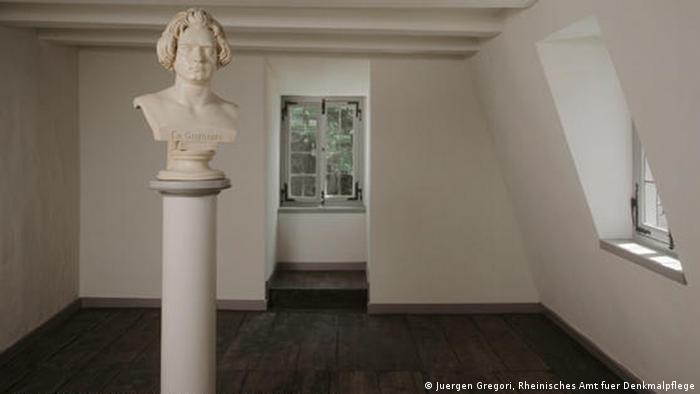 Strolling down the Bonngasse, the street where the Beethoven House is located, one could easily overlook the humble facade were it not for the tourist groups that cluster outside. For many, treading the squeaky wooden floors that were once walked upon by Ludwig van Beethoven himself is an emotional moment, particularly when they gaze into the cordoned-off "birth room," empty save for a bust of Beethoven on a pedestal.

From February 28, the room where the infant Beethoven is said to have entered the world — probably with a loud cry — and the house his family lived in won't ever be the same. The Beethoven House is closing for several months, the permanent exhibition being given a thorough workover and the facilities expanded. 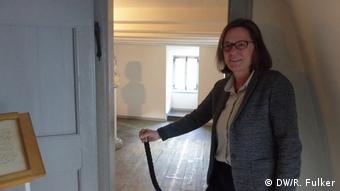 Beethoven's "birth room" will be open to the public after renovations, as shown by Beethoven Museum Director Nicole Kämpken

Bonn rises to the Beethoven challenge

When the Beethoven House reopens, even the floorboards of the "birth room" will squeak, as visitors will enter the once off-limits area for the first time.

Is nothing sacred anymore? Actually, says Beethoven House managing director Malte Böcker, there is no historical proof that Ludwig van Beethoven was born in that tiny chamber on or around December 16, 1770. Like the actual birth date itself, the details are shrouded in hearsay.

Yet the house is nearly perfectly preserved and is the center of the world's most important Beethoven Archive, a museum with precious memorabilia and a range of musical activities, including a special anniversary program for 2020 to be announced at the ITB (International Trade Show) in Berlin in early March and now given a preview in Bonn. 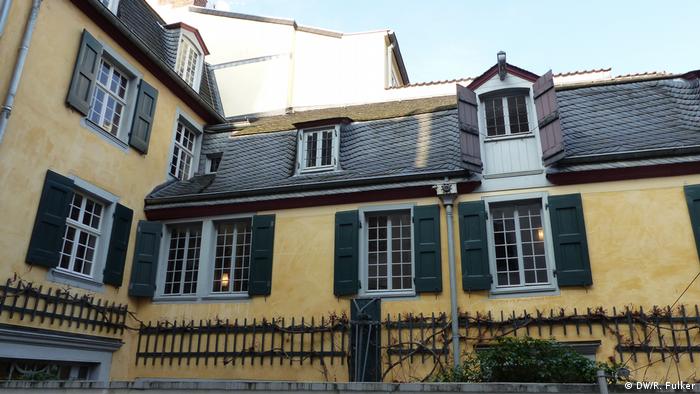 That anniversary program is just one stone in the mosaic of Beethoven activities in Bonn and across the country in the 250th year after the great composer's birth. Marking that date has been declared a "national assignment" by Germany's president and parliament, and projects carrying the name BTHVN 2020 have been earmarked for generous funding.

Enhancing the budget are funds from local, regional and state governments, as well as corporate and private sponsors. 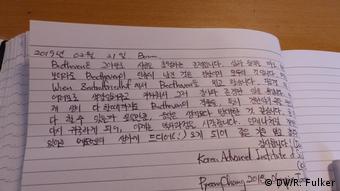 Visitors can share their feelings in the guest book

The largest-scale project in the mix is the refurbishment and expansion of the Beethoven House to the tune of €3.5 million ($4 million) — for which the 700-member Beethoven House Association alone has raised €900,000 ($1 million).

So while the annual Beethovenfest will announce its anniversary bonanza in late March, the Beethoven House is pressing ahead with its own plans. They include:

Before then, it will be a long stretch, yet Beethoven withdrawal symptoms are unlikely, as that composer turns up on playbills worldwide and continually. "One might even ask, do we need a Beethoven Anniversary Year?" was the rhetorical question posed by Malte Böcker. "With him, it's a paradox: the absolute artistry of his music and the ritual routine of its presentation."

This first announcement of anniversary year activities seems to answer that question with a program to match the importance of the event. 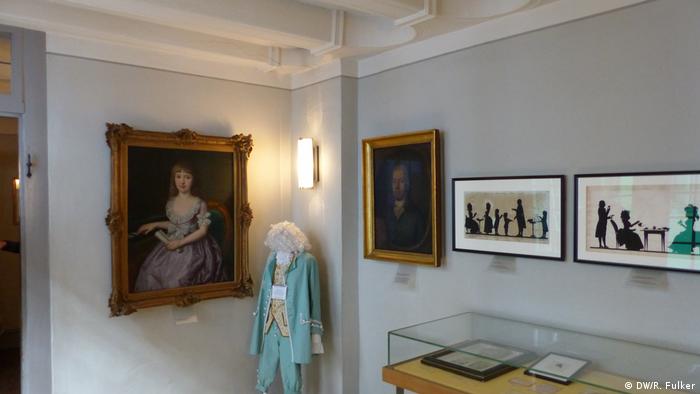 The exhibits give you a feeling of Beethoven's times

Meanwhile, for the next few months, clusters of visiting tourists will find themselves diverted to the adjacent chamber music amphitheater hall, where a few precious objects will be on display. The permanent exhibition reopens in late summer 2019. Then, rather than presenting artifacts according to a chronological, biographical scheme, the rooms in the old house will be reappointed, says Böcker. Each space will be devoted to various themes and issues regarding Beethoven to offer an emotional understanding of the composer.

With extra space for changing exhibitions, a seminar room and a cafe, the expanded facilities will open their doors in time for the official commemorative year that begins on December 16. The expanded facility will also allow for the showing of original documents that cannot be displayed in the historically-preserved part.

And then: let the Beethoven party begin.

What makes Beethoven so special?

Beethoven: What is all the fuss about? Deutsche Welle decided to take to the streets of Bonn to find out on Beethovenfest's opening weekend. (03.09.2018)

Beethoven, the man who symbolizes serious symphonies, and simple folk music — can the two fit together? Yes, according to an imaginative chamber music festival in the house where the composer was born. (25.01.2018)