Bremen citizens are fond and proud of "their" local beer. But 10 years ago, the traditional brewery was purchased by Belgian beer giant Interbrew. Still, Beck’s remains popular in its hometown - and all over the world. 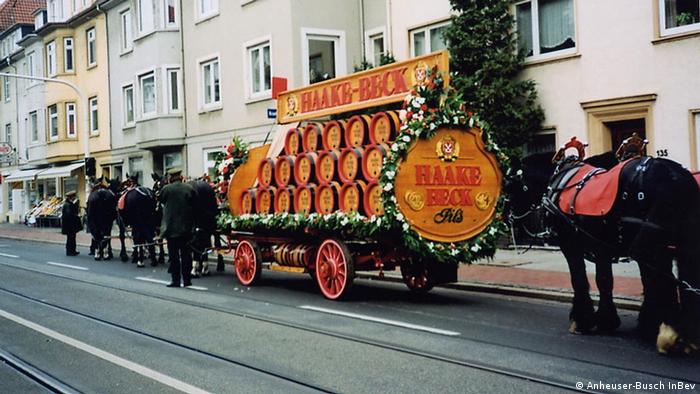 There are three things that boost the image of Bremen, a city in northern Germany: The Bremen Town Musicians from the Brothers Grimm fairy tale; Werder Bremen, the sometimes more, sometimes less successful soccer club; and Beck's, the beer in the famous green bottles.

"Beck's is a great representative of our city," Holger Bruns, the spokesperson for Bremen's Economics Minister Martin Günthner, told Deutsche Welle. "When you talk to visitors from abroad, especially Americans, these are the first things they think of when they hear 'Bremen'- the Town Musicians, Werder and Beck's. The brand really helps with building our international profile."

Most Bremen inhabitants are fiercely proud of the traditional brewery, founded by Heinrich Beck in 1873. But 10 years ago, globalization finally reached Beck's. The Brauerei Beck und Co. was purchased by Belgian beer giant Interbrew and became part of an international corporation.

Interbrew merged with the Brazilian AmBev soon after to became InBev. In 2008, InBev took over American brewer Anheuser Busch - and since then, Beck's is part of the largest beer conglomerate in the world. AB InBev owns 200 beer brands including Beck's, Budweiser and Stella Artois. It employs 116,000 people world-wide and sells around 400 million hectoliters of beer each year.

From local to global brand 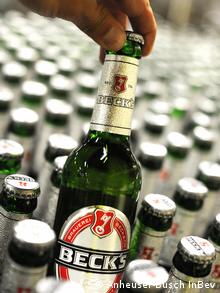 What has changed in the 10 years since the takeover? According to Oliver Bartelt, the spokesman of AB InBev Germany, not much. Beck's is still brewed the same way it has been for almost 140 years, in the same place, and no jobs were cut in Bremen. In fact, more have been created, since Bremen has become the German headquarters of AB InBev. Today, 1,400 people work at the brewery in Bremen.

The international network of its parent company is a big advantage for the Beck's brand. The beer from Bremen is available in 120 countries on all five continents. Beck's is the most popular German beer in the world. Roughly 3,000 Beck's beers get drunk every minute of every day, and every fourth German beer that is opened anywhere in the world is a bottle of Beck's.

The international profile has also helped Beck's because the beer market in Germany is shrinking, with beers that are sold only locally facing trouble. Beck's, on the other hand, increased its profit by 4 percent in 2011.

The internationality has its origin in early Beck's history. Founder Heinrich Beck learned the brewing trade as an immigrant in the US. After 10 years in America, he returned to Germany and founded his own brewery in Bremen. In 1873, his first year, Beck developed a way for beer to stay fresh longer, so it could be exported to all corners of the world.

In the US, Beck's became a hit after it won the gold medal of "Best Continental [European] Beer" at the 1876 World Expo in Philadelphia. In Asian countries like Singapore or Indonesia, it became known as "key beer" because of the Bremen town key on the label.

The international trade went so well, in fact, that until after World War II, Beck's focused solely on export. The Bremen-brewed beer was not available in Germany until 1949.

A source of city pride

Today, Bremen residents could certainly not imagine a country without Beck's. Back in 2002, when it became public that the Beck's brewery would no longer be a stand-alone Bremen company, some of the citizens felt a little like something was taken away from them. 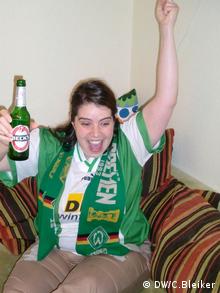 "I don't think the Belgians influenced the perception of Beck's outside of Bremen," Bruns said. "But here it made people a bit uncomfortable."

The arguably most emotional change came when InBev decided to get rid of the horses that delivered beer barrels of the regional brand Haake Beck to restaurants in the historic city center. In March 2005, the horses - which had been highly popular with locals and visitors alike - pulled the beer cart for the last time. The process had been more of an advertising show for years, and InBev officials decided that it was a pointless expense.

"It's a shame this tradition got cut," Bremen resident Nadia Paul said. "It might not be profitable anymore, but it would still make a great tourist attraction, especially on our historic Marktplatz."

The 29-year-old is a big fan of Werder Bremen and Beck's beer: "Even though it's now owned by an international corporation, Beck's is still my 'Heimat' beer of sorts."

Paul added that 10 years after the take-over, she still missed the old days when, crossing the Weser, you would see the Beck's logo on the tall brewery tower. Today the tower reads "AB InBev" instead.

Bartelt is familiar with this type of nostalgia. "The Bremer wants to think of Beck's as Bremish to the core," he told Deutsche Welle. "But in Berlin already, no one cares that Beck's is from Bremen. And internationally, it's more important that it is good German beer."

In London, at The World's End pub, Beck's is among the best-sellers. "It's well-known that German beer is the best," said Ben Hardisty, a barkeep at the pub close to Camden Town Market. 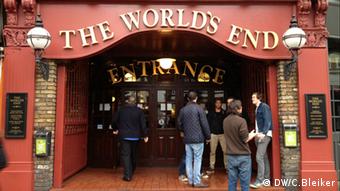 German beer is a favorite in England, including at this pub in London

At The Old Ale Emporium in Haringey, London, Beck's is popular as well, despite being a pilsner. Christopher Lacklison, keyboarder of the disco band Kenny from the 70s, said he really liked bottled Beck's, because it's very refreshing.

The connection to Bremen wasn't clear to anyone in the pub. Tom Mammion, an Irish man and frequent customer, knew that Beck's was from Germany, but couldn't name the town. When told that it was from Bremen, he did seem to remember the name: "Don't they have a football club there?"

Beer or wine? Increasingly a question of class

The French government, keen to cut its budget deficit, says it's going to raise taxes on beer. French beer drinkers, who more and more belong to France's poor, say it's unfair that only their drink is being singled out. (30.11.2012)

Scientists have produced the most detailed genetic map of barley to date, bringing them closer to final genome sequencing. It could help address global food security - and lead to better beer. (18.10.2012)

The home of the Oktoberfest may be in Germany, but you don't need to go to Munich to experience the famous Bavarian beer festival. Instead, you can head to London, Ohio, Sydney, Brazil - or even Palestine. (22.09.2012)

Those Germans and their beer