Beer or wine? Increasingly a question of class | Europe | News and current affairs from around the continent | DW | 30.11.2012

Beer or wine? Increasingly a question of class

The French government, keen to cut its budget deficit, says it's going to raise taxes on beer. French beer drinkers, who more and more belong to France's poor, say it's unfair that only their drink is being singled out. 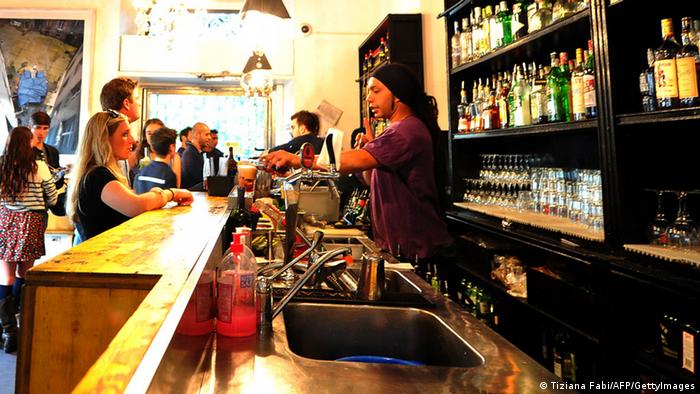 They say the new tax will hurt the poor and put another nail in the coffin of French cafe culture. The other night I was able to test this first hand. I found myself in the middle of the French countryside with 50 minutes to kill, while my children attended a hip-hop dance class.

A pizza van hummed invitingly in the damp dark car park, but 50 minutes is a long time to spend over a slice of pizza - even if you chew slowly. So I got back in the car resolving to find that endangered species of French life - a bistro.

There were 200,000 of these in 1960, a mere 35,000 today. In a recent interview, the head of the cafe, bar and nightclub branch of France's main food and hotel union complained indignantly, if rather bizarrely, that there are now fewer bars than there are church towers. What is the world coming to?

Anyway, one of my sons had told me that, despite the unfavorable statistics, there was a bistro not far away. It was kept by an old man and had jigsaw puzzles on the wall. Nobody ever went in, said my son. Partly because many people didn't even know it was a cafe because it looked like an ordinary house. Sounds like my sort of place, I thought.

But after a while driving around asking directions of startled looking passers-by, I saw the glowing red cigar sign of a bar-tabac and decided to go in there instead. A youngish blond barwoman with a piercing in her upper lip greeted me. Along with two amiable customers and a huge boxer dog that eventually calmed down after the barwoman and the customers assured him that I wasn't necessarily there to burgle or sexually abuse anyone and might just be out for a drink. 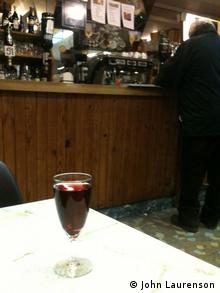 Kir: a drink born out of necessity

"So what's it to be?" Asked the barwoman. "Err, dunno," I said. She instructed me to take my time and went back to choosing from a box of samples of roughcast wall plaster finishes. She'd like the pink, she said, but her husband would kill her...

I finally settled on a kir. A drink I hadn't drunk since the nineties, I reckon. The kir, if you don't know it, is a formerly fashionable drink usually made of white wine and blackcurrant liqueur. Named after Felix Kir, the mayor of the Burgundy city of Dijon, who invented it after the War. During the Occupation the Germans had drunk all the red wine. As well as most of the good white. But Kir, not one to bear a grudge apparently, became a pioneer of the town twinning movement in the late 40s, early 50s and invited lots of Germans over. But what was he going to give his esteemed guests to drink? What Burgundy had in colossal amounts was a middling-quality white called Bourgogne Aligote. And lots of another local product - Creme de Cassis.

And so the kir was born. The next time you drink one, remember: It is all the fault of the Germans.

Beer: more and more the drink of the poor

I settled down to do a bit of texting. The two amiable customers were drinking beer. Seize-cent-soixante-quatre. Probably the most complicated beer name ever and very difficult to pronounce when you've had a few. Brewed in Alsace.

About a third of the beer drunk in France is French. Kronenburg mainly. Another Alsace beer. The cheapest. Now, having a demi - the more-or-less half pint measure that people drink here - is going to become a little more expensive. Six euro cents more expensive, says the government.

More like 60, say the breweries and the cafe owners. For whom it's not just the money - it's the principle of the thing. Because this is a tax that is hitting the poor. The poor, of course, used to drink wine. Peasants would drink liters of the stuff. Each French soldier on active duty in 1914 was given a quarter of a liter of wine a day. What were the lot on the other side drinking I wonder?

Beer I don't doubt. In that war, though, France won back Alsace-Lorraine and, with it, its breweries. And now, the French poor - who no longer have to go to war, plough the fields or, for increasing numbers of them, do anything at all - drink beer. When they're not drinking Fanta. 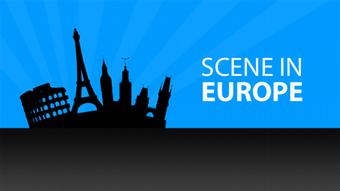 In northern European countries, wine has always been a middle class drink. It is becoming so in France. The French wine industry is still the biggest in the world. Worth more than ever, in fact. And employs 250,000 people. But that, increasingly, is thanks to exports.

A nice young man dressed like he's just been repairing a road comes in and shakes everyone's hand - not just those of the barwoman and the amiable, terminally-unemployed alcoholics - but mine as well. The barwoman shouts at her children upstairs to turn the music down and do their homework. Then proceeds to tell the road mender that there was a burglary in the village last night and another this morning. While the owner was taking a bath.

The conversation moves seamlessly on to capital punishment. Though only for murderers and child molesters and only then if they're caught red-handed. The road mender orders a seize-cent-soixante-quatre. I finish my increasingly middle-class and slightly effeminate kir and head off into the night.

After-work drinks at the European Parliament

As the working day draws to a close, Place du Luxembourg - the square in front of the European Parliament in Brussels - fills with people. Among the crowd are lobbyists, on the hunt for networking opportunities. (28.09.2012)