Bayern Munich′s Robert Lewandowski: ′I am not sure the winner will be champions′ | Sports | German football and major international sports news | DW | 04.04.2019

Bayern Munich's Robert Lewandowski: 'I am not sure the winner will be champions'

Robert Lewandowski is one of the world's most prolific footballers. Ahead of the Bundesliga showdown between Bayern Munich and Borussia Dortmund, the Polish striker spoke to DW about quality, pressure and big games. 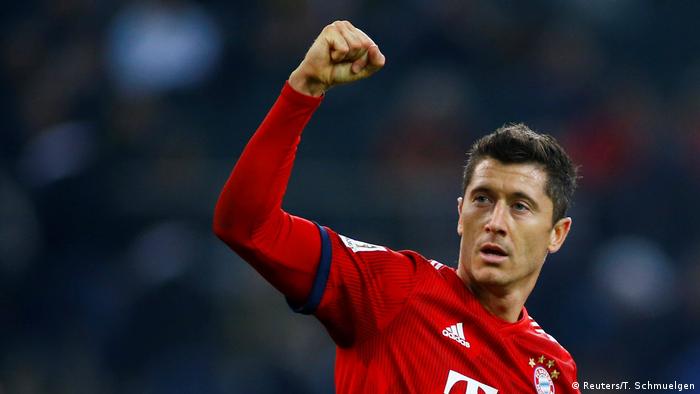 Only four players have scored more goals in the Bundesliga than Robert Lewandowski. While the Polish striker is unlikely to reach the giddy heights of Gerd Müller's 365 goals, he only needs one more to join the top four's 200-goal club. It would be a remarkable feat, and one secured in considerably fewer games as well.

This season, Lewandowski's remarkable scoring streak has continued. Having already reached 19 goals in the league this season, Lewandowski has scored at least 17 goals in eight straight seasons. His first season at Dortmund, when he scored just eight, remains the only time he has failed to reach double-digits in his 12 Bundesliga campaigns. The case for him being the best number nine in the world is compelling."It is important for every striker and you need this feeling in your DNA," Lewandowski told DW, referring to a striker's goal-scoring instinct.

And since 2011, few have done it better than the Pole. In three of the last five seasons he has been the Bundesliga's top scorer. Part of the reason for that is his commitment to improving even when he's at the top, and that extends beyond just improving his movement, his weaker foot or his aerial ability.

"If you think you are the best in world, you are finished. You have to constantly strive to be better," he said.

"When I look at football now and 20 or 30 years ago, it has grown. Football is not only about the ball, it is also what you do in training, in the gym, because people want more all the time."

In truth, it is Borussia Dortmund's unexpected surge and not Lewandowski's inability to score even more goals that has blown open the title race with seven games to go. Just two points separate Germany's top two clubs ahead of their second meeting, and if the first one is anything to go by the Bundesliga is due another fantastic fixture. Lewandowski doesn't believe it will be decisive in the title race though. 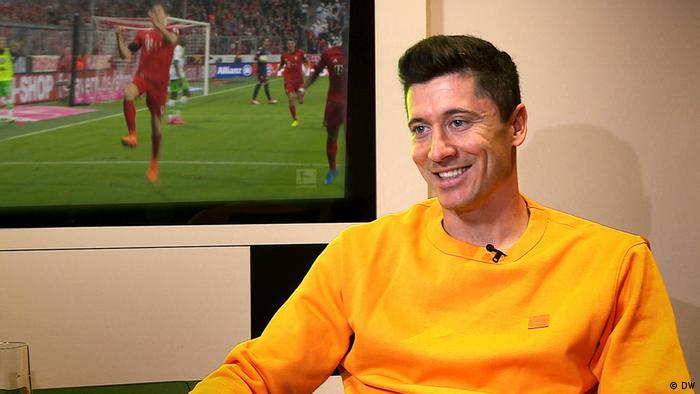 "I am not sure the winner will become champions. I don't think so. Okay, the winner will take a big step, but one step will not be enough. We still have a lot of games until the end of the season and I think the winner will have to take two steps," Lewandowski said.

Nothing about Lewandowski's talent is by chance, not even the remarkable moments. Four goals for Dortmund against Real Madrid back in the first leg of the 2013 Champions League semifinal was one his most brilliant nights – and a game he admits changed him as a player. The five goals in nine minutes against Wolfsburg though was a moment genuinely befitting of the word unbelievable.

"I never knew that something like that could happen," Lewandowski said looking back on that afternoon in September 2015. "I didn't realize it had only been nine minutes. I scored one, then a second and a third. Okay. Then came the next one and the next one, but I remember that I could have scored one more, because we had another very dangerous situation. I think normally I have to convert this chance, but maybe someone wanted me to score five in nine minutes."

Perhaps it's the striker's instinct that makes him so special to watch, something that he feels might be missing in Germany.

"Imagine a cloakroom with so many players from so many countries. You can see what the culture in Italy, Spain, Brazil or Poland looks like. You can see the differences. Such spontaneity in Germany is sometimes unimaginable. If a German is surprised, they don't know how to behave. That's the difference between order that is sometimes too great, and spontaneity, which sometimes brings with it something cool, a chance to be creative." 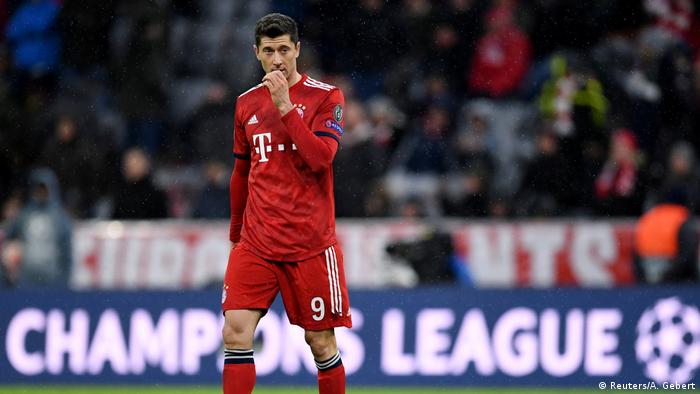 Lewandowski certainly doesn't lack creativity. His was an outstanding example of instinct from the striker, but the game ended in a draw and the cloud of criticism surrounding Lewandowski has returned. The striker might have scored one, but he could and perhaps should have scored more. In truth, his failure to score in the two legs of Bayern Munich's Champions League tie against Liverpool, a blank that left the Pole without a goal in his last seven Champions League knockout games, is a bigger concern. A murmur emerged that the 30-year-old isn't a big game player.

Not free of criticism

"Everything is about last season," Lewandowski says. "Because last season I didn't score in the quarterfinal and the semifinal because of my injury – because I was playing through pain for eight months. But when you see the season before and the five seasons before that, I scored a minimum of one goal in every quarterfinal and semifinal. This is the difference. People sometimes see what happened yesterday not what has happened in the long run. 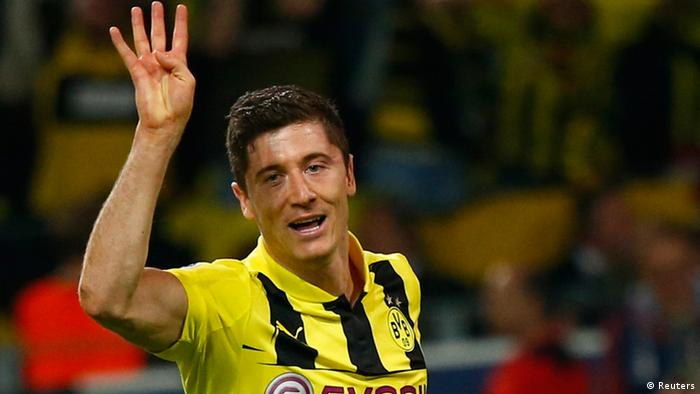 Lewandowski started his Bundesliga career in Dortmund in 2010, before moving on to Bayern four years later

"I have experienced this over so many years and have grown a thicker skin, and it gets thicker and thicker. I have learned how to deal and live with it... Sometimes it hurts but you have to handle it," Lewandowski said.

He is right, but only partially. The season before last he scored in the three knockout games he played in, but otherwise his form is relatively patchy in knockout matches. In his career, Lewandowski has scored 19 in 33 Champions League knockout games. Include the group stages and that tally jumps to 53 goals in 80 games.

Big games domestically have been sparse in the last few seasons, but in Borussia Dortmund Lewandowski faces a familiar foe that is posing a challenge to Bayern again – at least across 90 minutes. Having scored both of Bayern's goals in the 3-2 defeat earlier in the season, and having totaled 12 in 9 Bundesliga games against his former side, it seems almost fated that Lewandowski will find the scoresheet again on Matchday 28. Inspired by the special Thierry Henry and the classy Alessandro Del Piero, Lewandowski has become a great in his own right. Against Dortmund he has another chance to show just how great he is.

This interview was conducted by Anna Maciol & Kamilla Jarzina.

Borussia Dortmund reclaimed top spot in the Bundesliga with a dramatic late win over Wolfsburg, while Bayern Munich were held to a draw at Freiburg. All you need to know from the latest Bundesliga matchday. (30.03.2019)