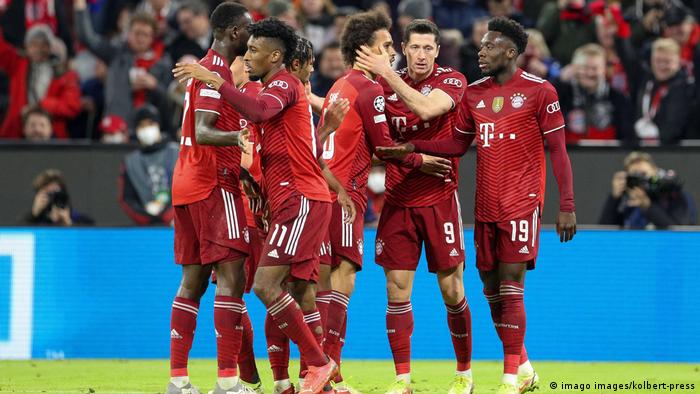 Bayern Munich are to withhold the salaries of non-vaccinated players who miss matches due to quarantine measures, according to reports in Germany.

On Sunday morning, the German champions announced that four more players would have to go into quarantine after having contact with a person "close to the first team" who has tested positive for COVID-19: Serge Gnabry, Jamal Musiala, Eric-Maxim Choupo-Moting and Michael Cuisance.

The four will join Joshua Kimmich, who missed Bayern's defeat to Augsburg on Friday night after a private contact tested positive.

Now, according to tabloid Bild and regional public broadcaster Bayrischer Rundfunk (BR), Bayern will cut the pay of unvaccinated players for weeks missed in quarantine. The players were reportedly informed of the measure on Thursday.

The club itself is yet to comment but former chief executive Karl-Heinz Rummenigge told television show "Sky90" on Sunday morning that the debate around unvaccinated players at Bayern "is annoying the club."

Rummenigge said that, as far as he knows, Bayern "have tried everything to solve the issue and find a solution, which hasn't worked." He added that pay cuts for unvaccinated players would be "a signal" from the club. "If the reports are true, it's a sign that the club is now reacting," he said.

For Kimmich, who admitted three weeks ago that he was still unvaccinated due to concerns about long-term side-effects, the pay cut is set to cost him almost €400,000 per week. Experts insist that such concerns are entirely unfounded.

According to BR, the players are "surprised" at the measures, with some even considering legal action.