Bavarian retreat becomes fortress ahead of G7 summit | Germany| News and in-depth reporting from Berlin and beyond | DW | 26.05.2015

Germany has reintroduced border controls in the run-up to the G7 summit in Elmau, Bavaria. To avoid a repeat of violent protests by anti-G7 demonstrators at the last meeting, German police have sealed off the venue. 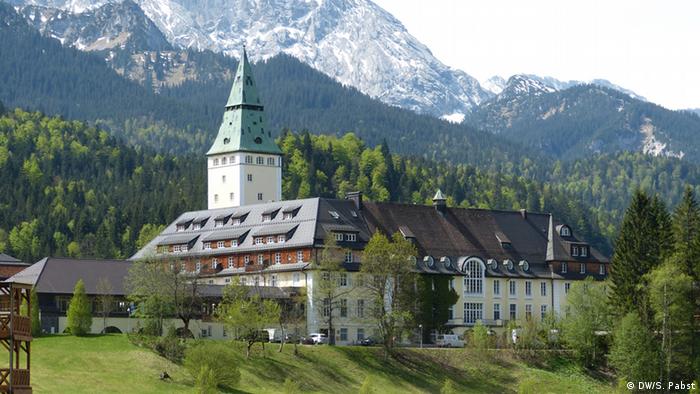 The luxury hotel, Elmau Castle, in southern Bavaria, where the next G7 summit will take place on June 7 and 8, is normally an idyllic alpine resort. But authorities don't want to take any chances that anti-capitalist demonstrations could devolve into violent clashes with police.

To that end, the interior ministry has said there will be a temporary reintroduction of border checks on people moving between countries in the usually control-free Schengen area. The ministry said the checks would be carried out mainly on Germany's border with Austria and the Czech Republic.

And in the summit region itself, authorities are already busy ensuring that protesters do not have access to objects that could potentially be used as weapons. For one resident in nearby Oberau, that means removing a woodpile in front of his house.

"We're supposed to move the entire pile – that's around four cubic meters," he said with a sigh. His house is located along the route that will likely be used by cars transporting G7 leaders. Everything that demonstrators might use as a projectile has to go, including the flowerpots adorning his neighbor's yard. The local antiques dealer has also been told not to exhibit any of his wares outside on the days of the summit.

Some 19,000 police officers are being deployed in the surrounding towns, like Garmisch-Partenkirchen, in the Zugspitze mountain region. Together with police from Austria and Italy, they hope to keep potential rabblerousers far away from the G7 summit venue. Security is currently the top priority in this part of Bavaria. A 16-kilometer long wire fence has been erected around the Elmau Castle hotel to keep protesters at bay. Costs for securing the site are expected to reach 200 million euros. 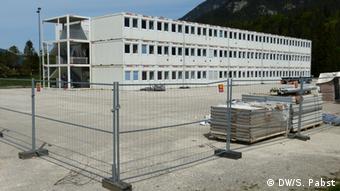 Starting from May 30, hikers will require permission to be in the immediate vicinity of the venue. They can also expect to be stopped by police and asked whether they are tourists or locals.

The precautions are definitely out of the ordinary for the normally tranquil area. But images from the last G7 meeting in Germany are still fresh in many people's minds. In 2007, violent clashes erupted along the length of the security fence set up in the Heiligendamm resort in northern Germany.

Anti-G7 protesters say their right to demonstrate is being smothered by authorities who have not given a clear answer about where they can gather. Benjamin Ruß, spokesman for the activist alliance, Stop G7, said organizers are attempting to stop them from mobilizing by not giving them a place to set up camp.

Local farmers are also nervous. "If the protesters come, where will they sleep? And if they camp here, then we'll be left to clean up their mess," said Alois Baudrexl during a discussion held at a local restaurant.The mayor of Garmisch, Sigrid Meierhofer, said that the town does not have any suitable locations for the planned protest marches and demonstrations. All the big parking lots have already been rented to the police. 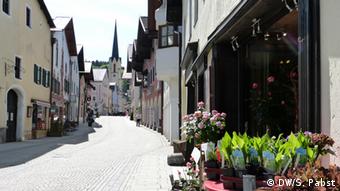 Fearing vandalism, stores in neighboring Partenkirchen are closing for the summit

"That's an assault on our basic democratic rights," said Ruß. His organization is expecting some 10,000 demonstrators from all over the world. "Where should we demonstrate, if all the possible locations have been given to the police and the federal press office a year in advance?" he said.

"Campsite owners were cooperating with us, but then they cancelled after they were contacted by the police." According to Ruß, the media and police are to blame for stirring up fear of the demonstrators among residents in the area. He says that Stop G7 won't be put off, but added that "the atmosphere has already become one tipped toward escalation."

Just how many violent demonstrators will show up at the G7 venue, nobody knows, but the extraordinary violent protests in March at the opening of the new European Central Bank building in Frankfurt is viewed as a warning by Bavarian police.

But, store owners around Elmau aren't taking any chances. "We're going to move everything out of our store and close up shop on that weekend," said one, young boutique owner in the town's pictureque center.

And, although Bavarian Interior Minister Joachim Herrmann has assured the local townspeople that any damage due to vandalism will be reimbursed by the state, some people have already taken out extra insurance policies to be on the safe side.

The B7 sales pitch for the G7

The G7 is set to meet on June 7 and 8 in the Bavarian resort of Elmau. As economic issues will also be on the agenda, the B7 group of western industry federations has come up with a host of recommendations. (21.05.2015)

Ahead of next month's G7 summit, Angela Merkel met with young delegates from around the world to find out what really matters to young people. They are determined to take responsibility for the future. (11.05.2015)

Two days of intensive talks are over, and the foreign ministers of the world's seven leading industrialized nations have left the northern German city of Lübeck to return home. (15.04.2015)