Trump ally Bill Barr has thrown cold water on the president's claims of massive voter fraud. Still, despite Department of Justice investigations turning up no evidence, the White House continues to cry fraud. 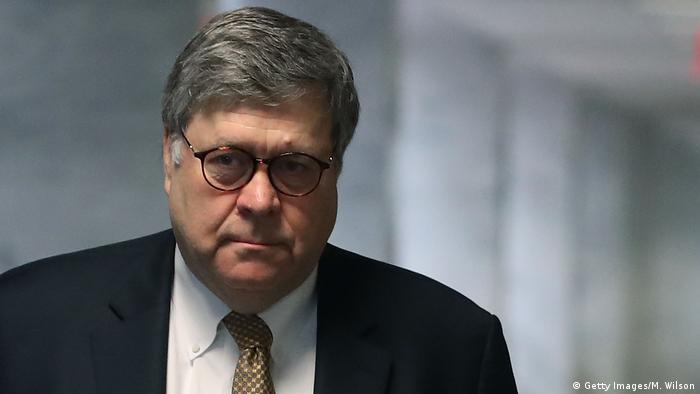 US Attorney General Bill Barr on Tuesday told the Associated Press (AP) that the Department of Justice (DOJ) had investigated claims of voter fraud in the November 3, 2020, US election and found no evidence supporting President Donald Trump's claims that the vote was rigged.

"To date, we have not seen fraud on a scale that could have affected a different outcome in the election," Barr said. The Trump campaign has vowed to carry on its effort to overturn the results of the election.

Trump lawyer Rudy Giuliani, who has been barnstorming through swing states with a legal team spouting bizarre conspiracy theories about mass fraud orchestrated by corrupt Democrats working with deceased Venezuelan leader Hugo Chavez, disagreed with AG Barr, saying, "With all due respect to the attorney general there hasn't been any semblance of a Department of Justice investigation." Giuliani said, "We will continue our pursuit of the truth through the judicial system and state legislatures."

Barr addressed some of the Trump team's claims, though did not delve into specifics. He told AP: "There's been one assertion that would be systemic fraud and that would be the claim that machines were programmed essentially to skew the election results. And the DHS [Department of Homeland Security] and DOJ have looked into that and so far we haven't seen anything to substantiate that."

Barr has long been considered loyal to the president since he replaced Jeff Sessions in 2018 but prior to the election media reports of Trump's dissatisfaction with the attorney general began to surface. Trump was said to have been angry that Barr had not more forcibly helped his reelection effort.

Though the attorney general recently ordered federal prosecutors to investigate credible allegations of election fraud he told them to stay away from "fanciful or far-fetched claims."

No legal victories but boatloads of cash pouring in

Thus far, the Trump team's efforts have gone nowhere, with almost all being rejected by state and federal courts. But the Washington Post newspaper says Trump has raised nearly $150 million (€124 million) since November 3, ostensibly to "defend" his "victory."

The paper has even suggested that the donations, which flow directly to Trump's new Save America political action committee (PAC) — with only a small percentage going to the Republican National Committee (RNC) — may be the real reason he refuses to concede the race.

Democrat Joe Biden currently holds a 306-to-232 electoral college vote lead and the Trump campaign is doing all it can via media, the courts and state legislatures to keep states from making that tally official on December 14.