Bangladesh turns 50 as fears grow over deteriorating democracy | Asia | An in-depth look at news from across the continent | DW | 25.03.2021

As Bangladesh marks 50 years of independence, the country has yet to establish itself as a substantive democracy. Observers say autocratic tendencies are becoming more pronounced than ever. 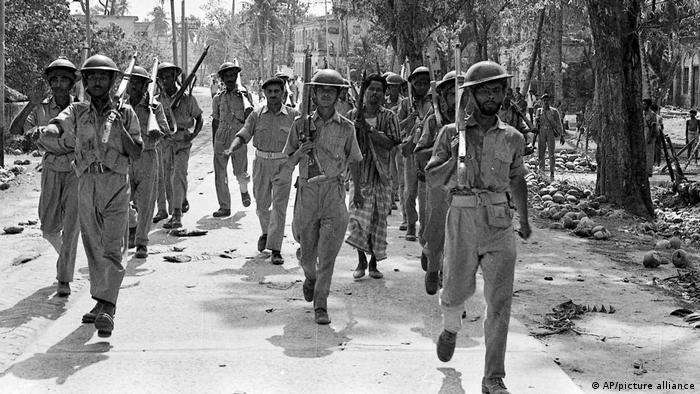 1971: Bangladesh Freedom Army troops march off to war against Pakistan

Ever since it emerged as an independent nation in 1971 following a bloody liberation war, Bangladesh has struggled to lay strong democratic foundations.

Just four years after independence, Sheikh Mujibur Rahman, regarded as the "father of the nation," was assassinated after a military coup, plunging the then newly-born nation into political turmoil.

The battle for power among various groups in the following years claimed the lives of several other top political leaders.

A return to democracy

The country returned to democracy in 1990 when massive street protests led to the ouster of a military dictator.

The following year, general elections were held and the Bangladesh Nationalist Party (BNP), one of the two major political parties in the country, secured victory.

In an attempt to prevent ruling parties from rigging and manipulating elections, the country came up with a non-partisan caretaker government system. It meant that once an elected government finished its five-year mandate, a caretaker government — consisting of civil society representatives — took over the state administration for three months and held elections. 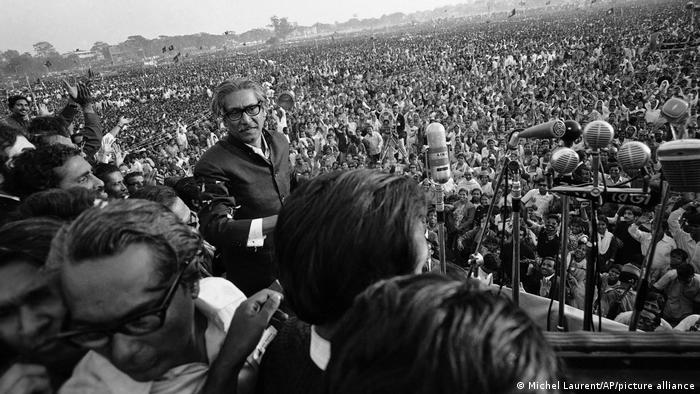 Just four years after independence, Rahman, the "father of the nation," was assassinated following a military coup

Caretaker administrations conducted general elections in 1996, 2001 and 2008, polls that were mostly seen as free, fair and inclusive by domestic and international observers.

The power shifted between the two major political parties, the BNP and its archrival Awami League, led by the current Prime Minister Sheikh Hasina.

But the nation's journey to establishing itself as a stable democracy hit a roadblock again in 2014, when the ruling Awami League party decided to end the caretaker government system and remained in power at the time of the general election.

The vote was hugely controversial, with almost all major opposition parties boycotting it.

Undeterred by fierce protests by the opposition, Awami League stayed in power and secured an absolute majority in the parliament.

The subsequent 2018 general elections were also tainted by accusations of massive vote-rigging in favor of the ruling party with the help of security forces.

Despite the deterioration of its democratic credentials, Bangladesh has seen rapid economic and social development in recent decades. 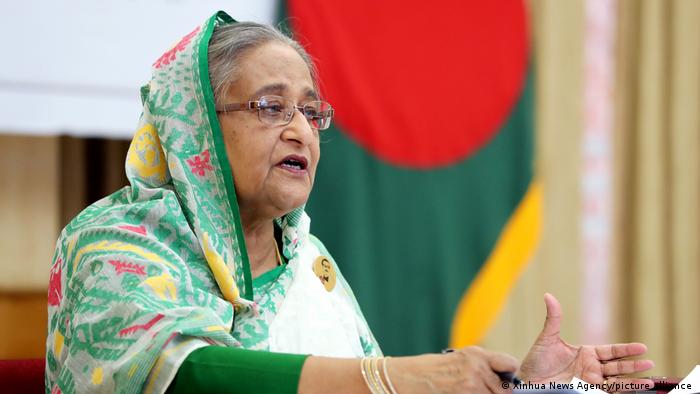 Its garment industry is the second-largest globally, only next to China, and rakes in over $35 billion per year from exports. The sector employs 4 million people, the majority of whom are women, contributing to female empowerment.

Observers say the Muslim-majority nation over the years has invested heavily in the lives of women and girls.

Currently, 98% of children have finished primary school, with more girls in secondary education than boys. Life expectancy in Bangladesh is 72 years, against Pakistan's 67 years, and it has also surpassed wealthier India on combating child malnutrition and reproductive health, according to World Bank data.

But not everyone has benefited equally from the nation's impressive growth, critics say, pointing to rising income and wealth inequality as well as low job growth.

The positive human development indicators aside, critics are concerned at the worsening state of democracy and institutional strength in the country.

Moreover, the country has seen many arbitrary detentions, enforced disappearances, torture and extrajudicial executions in recent years. Thousands of cases have been filed against opposition party leaders, and activists, keeping many of them on the run or behind bars.

The fifth annual democracy report by the V-Dem Institute, an independent research institute based in Sweden, has recently categorized Bangladesh as an "electoral autocracy."

Saimum Parvez, a political researcher at the University of Sydney, pointed out that not only the V-Dem Institute but also other organizations like the US-based think-tank Freedom House have censured Bangladesh's government.

In its 2020 annual report on democracy, Freedom House said the Awami League had "consolidated political power through sustained harassment of the opposition and those perceived to be allied with it."

Calling the present government an "autocracy," Shahidul Alam, a photographer and social activist based in Dhaka, says dissenters of any form and people perceived to be opposition-leaning are the primary victims of oppression.

But Salim Mahmud, the central information and research secretary for the Awami League, has rejected the criticism.

"Bangladesh has been appreciated as a role model of development by many international organizations, including the World Bank. And, development can't be ensured without fulfilling the basic principles of good governance, rule of law and democracy," he told DW.

A caretaker government is the solution?

Alam, the photographer, believes that Bangladesh needs to reintroduce the caretaker government system to ensure free and fair elections. He also stressed that more needs to be done for the country of 167 million people to become a substantive democracy.

"A completely transparent election at all levels is a good starting point. But a strong and vibrant media and the scope for the average public to speak out against injustice, protection for whistleblowers, and transparent investigations are all a necessary shift that needs to take place," Alam told DW.

"The most significant shift will take place if the judiciary and the election commission can be made truly independent," he added.

But Imtiaz Ahmed, a professor of international relations at Dhaka University, says he is not a big fan of the caretaker administration system, which allows civil society members to become rulers for three months.

Nevertheless, he told DW, "If a caretaker government holds the election, it would act neutrally because it doesn't take part in the election and just organizes it."

"Caretaker governments will not come at the moment. That's quite understandable. But that's not the end of the story," he said, adding: "I'm sure it's going to come in one form or another in the future."