A German internet expert says children under 14 should be banned from using smartphones. She says the technology drastically raises their risk of exposure to damaging pornographic content. 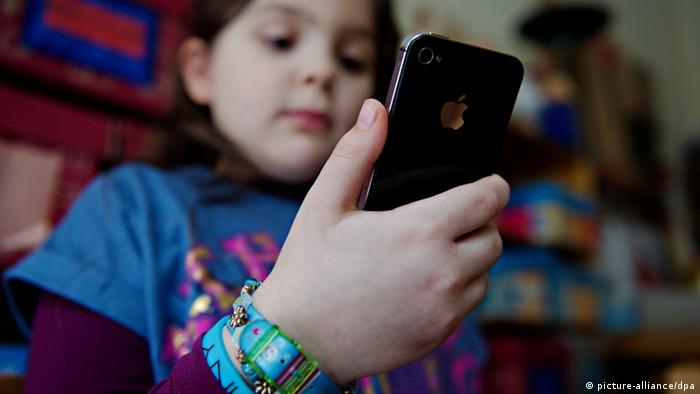 Children should not be allowed to use smartphones before the age of 14 to help prevent them from coming into contact with harmful pornography at a young age, an adviser to the German government has said.

"Just as we protect children from alcohol or other drugs, we should also protect them from the risks of using smartphones at too early an age," said von Weiler, who is also the director of the association "Innocence in Danger."

The growing number of such offenses involving children was also confirmed to the newspapers by police.

"The number of complaints to police in this area has grown considerably over the past years," said Judith Dobbrow from the state criminal investigations office in Berlin.

Dobbrow said police were going to a school every two weeks on average to investigate complaints.

"Now every child has a smartphone, the suspects are becoming younger and younger," she said.

"A law restricting the age for using smartphones would possibly be a quick and apparently simple solution," he said, but it would not solve the fundamental problem of there being inadequate protection on the internet itself.

Imagine rural Germany instead of Silicon Valley, sustainability instead of profits. Germany's first smartphone company is different in many ways, not just in the modular design of its devices. (06.12.2018)

Imagine using a smartphone to detect malaria, eye diseases and monitor drug addiction. With new technology turning smartphones into pocket clinics, it’s all on the table. (14.02.2019)