Opposition protesters in Bahrain have taken to the streets amid the arrival of the Formula One race series. The protests are more muted than last year, but the government has again expelled foreign journalists. 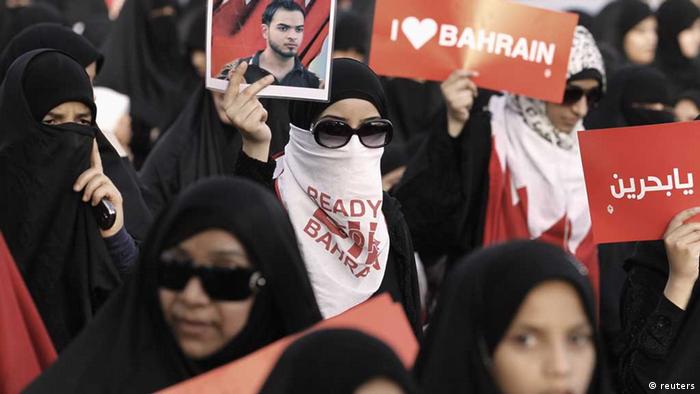 Anti-government protests again flared in Bahrain with the return of the Formula One motorsport series, with some of the demonstrations disbanded by security forces and others tolerated.

Protests centered around the capital Manama and the surrounding villages, with one major demonstration marching on the former Pearl Square after Friday prayers. The city-center square was razed by authorities in 2011 as part of efforts to quash an uprising led mostly by members of the country's Shiite community.

Bahrain's royal family belongs to the Sunni minority, with the Shiite majority population complaining of discrimination and oppression.

Members of the February 14 Revolution Youth Council, which had called for a "Day of Rage" on Friday, clashed with security forces in and around Manama. The group said it would stage further demonstrations over the weekend. Protests, peaceful and violent, are common in Bahrain

Al-Wefaq, an opposition group considered more moderate, staged a march on a major motorway towards the race circuit - a protest that continued without incident.

Bahraini authorities announced only two injuries in a short message on the Interior Ministry's Twitter page.

"Targeting police patrols with Molotov cocktails on Isa Al-Kabeer road led to injuring two Asians. They were referred to hospital," the ministry wrote in English, without posting further information.

The Information Affairs Authority also announced in a statement that a team of news reporters for the British ITV station had been deported for "violating the laws and regulations of the country," saying the measure was taken "to ensure preserving the national security of Bahrain."

The station also issued a short statement on its website from an "ITV News spokeswoman" announcing that the team "were on assignment with visas approved by the Bahraini authorities," but were taken to a local police station for discussions after filing a report before being "asked to leave the country."

ITV covered Formula One in the United Kingdom for more than a decade, but lost the contract to broadcast the races at the end of the 2008 season. Hundreds of other international media outlets are represented to the south of the capital Manama, including the German arm of Sky and private-public German broadcaster RTL, covering the race at the Bahrain International Circuit in Sakhir.

High-profile for both sides

Bahrain's authorities pay the financial arm of Formula One an undisclosed sum, thought to be in the region of $50 million (38.5 million euros), to host the race each year. Every venue pays such sanctioning fees, which differ in price, with most countries either partially or wholly covering the bill using taxpayer funds. For many countries that host Formula One races, the global event is supposed to serve as a public relations and business boost. 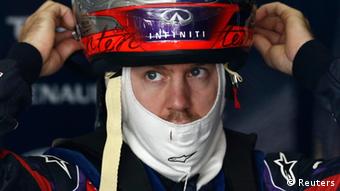 On track, three-time champ Sebastian Vettel is seeking to stretch his lead in the title race

Protesters in Bahrain, in turn, have used the high-profile event to gain international attention.

Bahrain was one of the first countries to register major public protests in the early phases of the so-called Arab Spring of 2011. Unlike in countries including Tunisia, Egypt and Libya, the resistance movement was quashed by military and security forces, with help from Gulf troops led by neighboring Saudi Arabia at the height of the unrest. Bahrain is also a strategic US ally in the Gulf region, home to the Fifth Fleet of the Navy.

The 2011 race was at first delayed at the height of the quashed rebellion and then ultimately canceled altogether; however, in 2012, after much uncertainty and more widespread public protests than this year, the race went ahead again. Bahrain first featured on the F1 calendar in 2004, and has been a regular fixture except for the abandoned 2011 race.

The world motorsport governing body, the FIA, and Formula One Management - one of F1's commercial faces - issued a joint statement on Friday saying they "strongly believe" that the race "will come some way in helping soothe some of the issues which have been raised in the media."