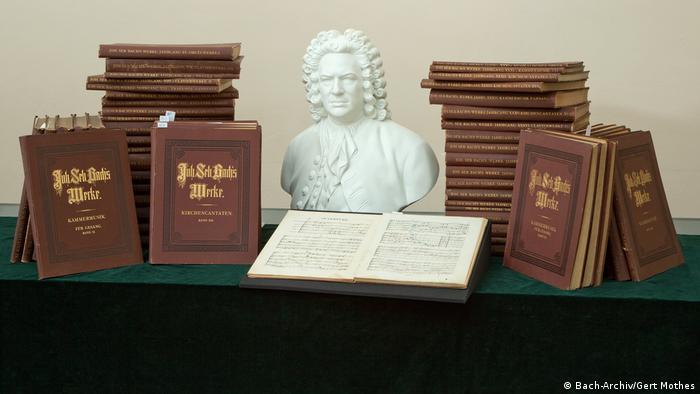 The Bach Archive in Leipzig has often been in the media spotlight following new acquisitions or endowments related to the 18th-century composer Johann Sebastian Bach.

For instance, in 2015, the institution inherited a valuable portrait of the composer by artist Elias Gottlob Haussmann. The painting was brought to Germany from the US. In 2017, the archive received a handwritten copy of Bach's famous cantata, "Oh Ewigkeit, du Donnerwort," which changed hands for nearly €2 million ($2.5 million).

Surprisingly, the archive was able to get a copy of the first edition of Bach's collected works only now. They originally belonged to composer Gustav Mahler, who left handwritten notes in the documents. These annotations could provide valuable insights to Bach and Mahler experts. 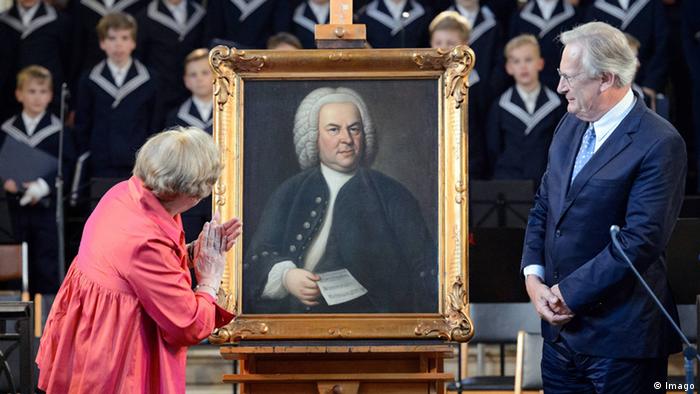 A gem for the Bach Archive

The Bach Archive researches the life and works of Johann Sebastian Bach and his ramified musical family.

In Leipzig, Bach was the cantor of St. Thomas' Church from 1723 until his death in 1750. Even today, more than 70,000 visitors come every year to the Bachfest in Leipzig to experience his music where it was originally composed.

Peter Wollny, director of the archive in Leipzig, is convinced that the purchase of the collected works will spark new research. There is a lot of material from the 19th century on how Bach's music was received, but with Mahler's comments in the books, one could learn more about how Bach was played and interpreted at the beginning of the 20th century, Wollny said. 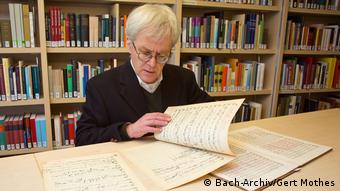 "Furthermore, these are attractive books decorated beautifully in the Art Nouveau style. I am happy to have these as part of the exhibits." Following the archive's own classification work, the 59 books from Mahler's collection will be made available to researchers around the world.

Gustav Mahler, who died 110 years ago, not only left comments in the scores in some volumes, but also five autographed pages including an adaptation of Bach's Gavotte from the 3rd orchestral suite.

Particularly the volume with the orchestral suite is interesting as far as audience reception is concerned, Wollny says, referring to Mahler's adaptation of two of Bach's suites, which he first presented in New York as a conductor during his "Historical Concerts." He took parts from Bach's 2nd and 3rd orchestral suites and brought them together in his own symphony. There is also the famous "Air" from the 3rd orchestral suite.

"His comments show in a very detailed manner what was important to him," Wollny said. At first sight, one sees that the notes have been written in different colors. Big, dynamic lines and marked high points in the phrasing as well as changes in the instrumentation tell us how Mahler imagined the sound of Bach's music, because there are no recordings of the concerts under Mahler's direction despite the existence of advanced technology during the time. 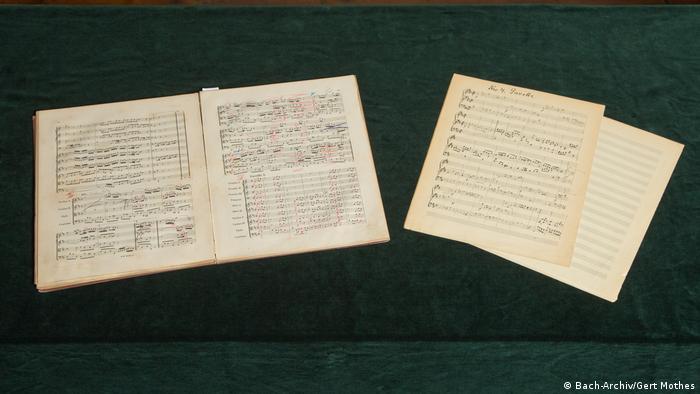 The orchestral works of Johann Sebastian Bach were practically forgotten after his death in 1750. His sons, one of whom was Carl Philipp Emanuel Bach, and composers such as Haydn, Mozart or Beethoven set the tone at the time.

Only 100 years later did Bach's music experience a revival: In 1829, Felix Mendelssohn Bartholdy, the composer, conductor and co-founder of "historische Musikpflege" — the cultivation of historical music — and Germany's first conservatory, presented an adapted version of Bach's oratorio, St. Matthew's Passion.

Mendelssohn also made Bach's orchestral suites famous while serving as the music director of Leipzig's Gewandhaus orchestra. The first complete collection of Bach's works were printed from 1851 onwards by Breitkopf and Härtel, a publishing house in Leipzig, after famous local and international musicians initiated the process.

Collected works of Bach: from London to Leipzig

Gustav Mahler's wife, Alma Mahler-Werfel, wrote in her autobiography that the volumes of Bach's collected works were kept in Mahler's "composing hut" at Wörth in southern Austria. "During this time, Mahler was working at his C-Sharp Minor symphony with polyphonic structures," Wollny explained, adding, "He was pondering about his own composing, about how polyphony and harmonics relate to each other." 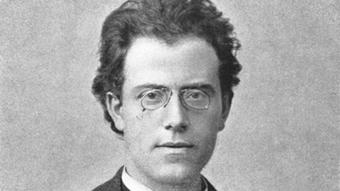 The complete works were in the possession of the Mahler family for years until 1992, when Gustav Mahler's granddaughter sold them at an auction in Sotheby's to a private London collector, Sir Ralph Kohn.

"For many years, I knew where the edition was," the Bach Archive's Peter Wollny said. Ralph Kohn, who died in 2016, was a Jew born in Leipzig and had to flee the Nazis. "He once said to me that after being expelled as a Jew, Bach's music made it possible for him to reconcile with Germany."

The Bach Archive has managed to buy the 59 books for €120,000 ($146,000) from Kohn's heirs with financial support from the BH Breslauer Foundation, the cultural foundation of the German states (Kulturstiftung der Länder) as well as numerous private donations.

Sarah's Music: Bach to his roots

This article was adapted from German by Manasi Gopalakrishnan

Leipzig without its Bach Festival is hardly imaginable, even in times of coronavirus pandemic restrictions. The festival is taking a completely new approach to reaching Bach lovers all over the world.

Germany from A to Z: Leipzig

We are taking a tour through Germany and every week we will introduce you to a new town, guided by the alphabet. This time L takes us to Leipzig — the trendy city which offers young creative people plenty of freedom.

Bach's Heritage - a Visit to Eisenach, Köthen Castle and Leipzig