The situation in Ukraine is escalating as the army attacked pro-Russian separatists in and around the eastern city of Slovyansk. Ewald Böhlke, an expert on Eastern Europe, says the government in Kyiv had no choice. 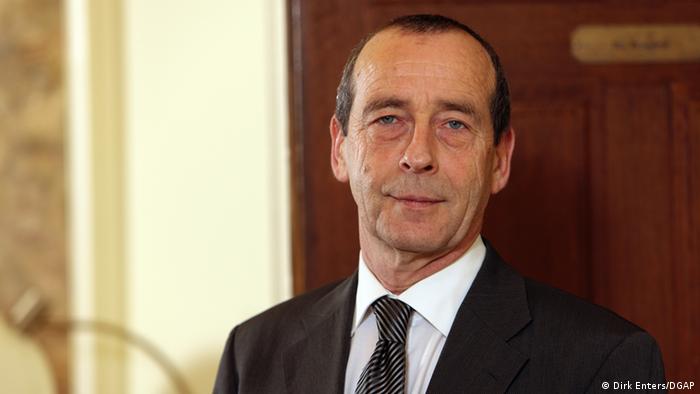 DW: Ukrainian troops have launched an attack on the pro-Russian separatists in Slovyansk. How explosive is the situation in the region right now?

Böhlke: At the moment imperial Russian patriotism is colliding with Ukrainian nationalism, which over the past 200 years was repeatedly pummeled by Russia. This could become extremely dangerous.

How will Russian President Vladimir Putin react to the military operation in eastern Ukraine?

Putin is already right in the midst of it. We need only look at the situation in the eastern Ukrainian cities. What looks like the spontaneous occupation of administrative buildings must in fact have been very well prepared. We saw something similar happen in Crimea. The Russian side kept saying, "We have nothing to do with it." And in the end medals were distributed to the fighters in Crimea.

The thousands of young men who are currently "spontaneously" storming buildings in all these cities are trying to create facts on the ground. They want to prevent the referendum on May 25 [the planned referendum on Ukrainian unity - ed.] and instead push through a referendum on May 11 which aims to declare a Donetsk Republic and formulate its annexation by Russia.

Russia is right in the midst of it. It has strategic interests in reconstructing the 18th/19th-century model of a "New Russia."

What's the background to this model?

The Russian president made a crucial statement during his four-hour press conference at the end of last year. He spoke then of a revival of the term "New Russia." This comes from the 18th century, from Catherine the Great: it referred to imperial expansion down to the Black Sea. So what this indicates is the intention to draw a line from Dnipropetrovsk through Zaporizhia right down to Odessa, effectively cutting off Ukraine from the Black Sea. 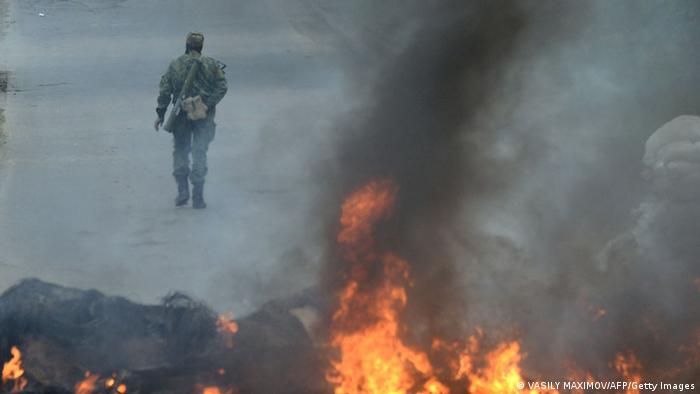 How do you gauge the Ukrainian army's chances of successfully regaining control over the area that's currently in the hands of pro-Russian separatists?

That's difficult to say, because I can't gauge from outside how prepared the troops are for battle. What I do know is that over the past 20 years the Ukrainian army has been appallingly ravaged by almost every government. The training standards are not of the standard needed to confront Russian forces. It will be difficult for the Ukrainian army to establish a situation in which it is in a position to secure the sovereignty of the state.

How does the Ukrainian army's offensive fit with the announcement by Prime Minister Arseny Yatsenyuk that he wants to hold a referendum on Ukrainian unity?

The military action in Ukraine is necessary in order to dislodge the separatists, who want, among other things, to prevent the referendum. If the Ukrainian government doesn't act now, there will be no elections and no restructuring of the Ukrainian state.

Even after Putin stated that he hoped the OSCE hostages would be released, nothing has happened so far in this regard. What do you infer from this?

The way the OSCE observers are being treated, the way they are being paraded, tells me quite clearly that the fundamental attitude of the Russian leadership is to repudiate the joint arrangements with the OSCE. The OSCE observer mission has nothing to do with secret services, as the separatists claim. Its sole aim is to obtain a clearer picture of what exactly is going on in the region. Which is precisely what people are trying to prevent them from doing.

Ewald Böhlke is the director of the Berthold Beitz Centre, part of the German Council on Foreign Relations (DGAP).

Ukraine's interior minister has said government forces have launched a military operation to regain control of the eastern city of Slovyansk from pro-Russian separatists. He said one helicopter pilot has been killed. (02.05.2014)

As the situation in eastern Ukraine heats up, DW looks at what people on the ground - reporters and residents - are saying. With the help of social media platforms, DW's editors put together a picture of the crisis. (02.05.2014)