The Austrian chancellor has urged the EU to consider establishing "safe areas" in refugees' countries of origin. But in a controversial twist, he said Brussels should organize it and "back it militarily." 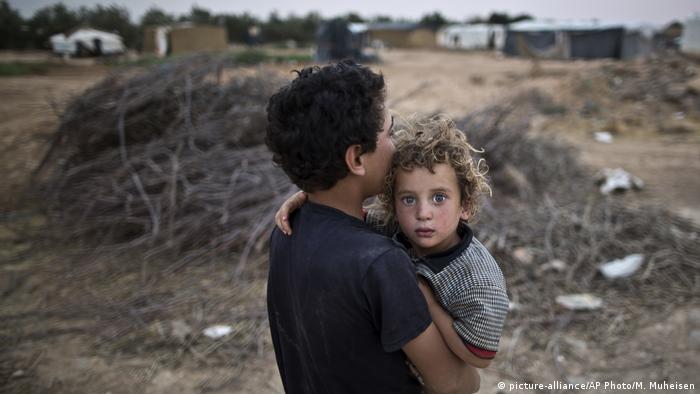 Austrian Chancellor Sebastian Kurz on Saturday said the EU should consider other ways to tackle migration crises and formally end "failed" attempts at redistributing migrants across the EU under a quota system.

More than one million people entered the EU irregularly in 2015 and 2016, many of them fleeing conflict and extreme poverty in the Middle East, Asia and Africa. However, Kurz, who served as Austria's foreign minister, has been a vocal critic of German Chancellor Angela Merkel's open-door policy to refugees, saying it challenges the fabric of European society. 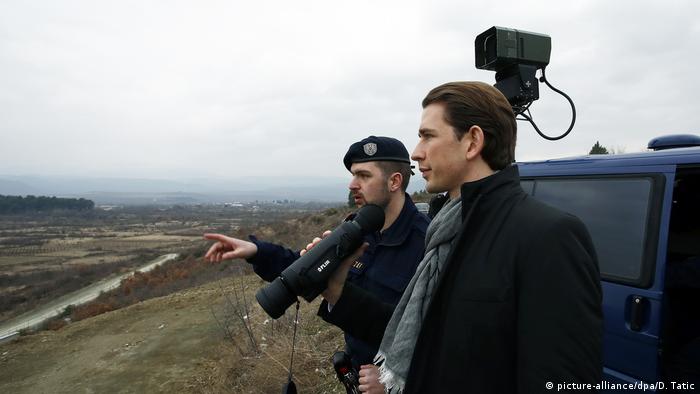 While serving as Austria's foreign minister, Kurz traveled to Macedonia's southern border with Greece to see how authorities are preventing migrants from traveling northward towards central Europe

Kurz has instead proposed that the EU consider providing support "militarily" to refugees by establishing secure conditions in their countries of origin, in what appeared to be a call for so-called "safe zones."

De-escalation zones, also known as "safe zones," have been implemented in Syria since earlier this year. They represent areas in which warring parties agree to not engage in combat, consequently establishing a secure place for humanitarian groups to serve those displaced by conflict.

"If (redistributing refugees) isn't possible, then they should be helped in safe areas on their own continent," Kurz said. "The EU should support that, perhaps even organize it, and back it militarily."

Last week, Kurz said in a Time magazine op-ed that the "robust control of the European Union's external borders remains a prerequisite if we want to find sustainable solutions for the migration crisis."