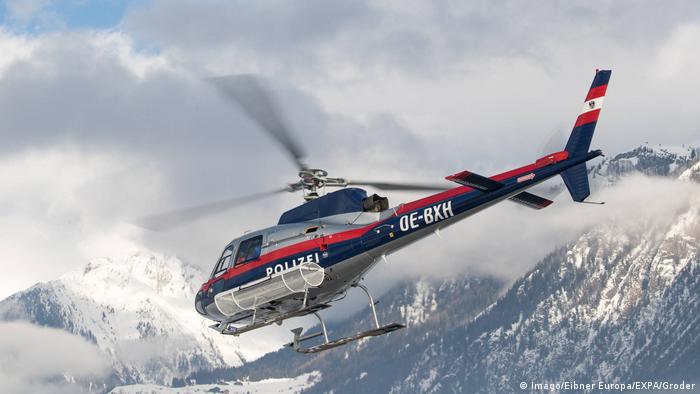 Family and friends tried to contact the 26-year-old after he failed to return from an off-piste trip in the Styrian mountains. Calls to his phone yielded only "crunching noises," police said in a statement.

Within a few hours, rescuers found the aftermath of an avalanche on Pleschnitzzinken peak and were able to locate the man thanks to his avalanche transceiver.

The skier was completely buried, but was fortunate enough to be trapped in a cavity with enough air to breathe.

Michael Miggitsch, the regional director of the mountain rescue service said it was a "Christmas miracle."

The rescue service shared photos of the rescue on Facebook.

"A miracle like this happens only once every 20 years," Stefan Schröck, deputy regional director of the Styrian mountain rescue service told local media.

"You cannot move under this snow cover, but the man was very lucky to have an adequate air pocket, so he had oxygen and could breathe," Schröck told public broadcaster ORF.

Rescuers dug the man out from the snow in a severely hypothermic condition. He was warmed up and taken down to the valley on a piste machine where he was admitted to hospital. His condition is no longer life threatening.

"But if it then goes beyond one hour, the statistical curve remains constant for the buried victim for a relatively long time. With an adequate air pocket, one can survive this time, but then hypothermia becomes a problem. In this respect, the man was very lucky."

Authorities in the Swiss town of Andermatt said that all six people who were on the ski trail survived the avalanche. Two people were injured, while the four others were either found unharmed by rescuers or managed to free themselves from the snow.

At a press conference, police said the avalanche was 300 meters (984 feet) long and 60 meters (196 feet) wide, Swiss news portal 20min.ch reported. Authorities have also launched an investigation into the incident, as it was unclear whether a skier had triggered the avalanche.

Schools and roads were closed on Monday in Austria as heavy snow and rain cause disruption across the region. One man was killed and two women were rescued by firefighters after their houses were destroyed in a mudslide. (18.11.2019)

Swiss police say four German ski trekkers have been found dead after an avalanche in the Bernese Alps. Nearly 20 people have been killed by Swiss avalanches this winter. (28.04.2019)

A man who was buried by an avalanche dug a gap to allow himself to breathe. He was found by a search dog and extracted by rescuers after being buried for one-and-a-half hours. (10.04.2019)

Austria: Death on the doorstep