Swiss police say four German ski trekkers have been found dead after an avalanche in the Bernese Alps. Nearly 20 people have been killed by Swiss avalanches this winter. 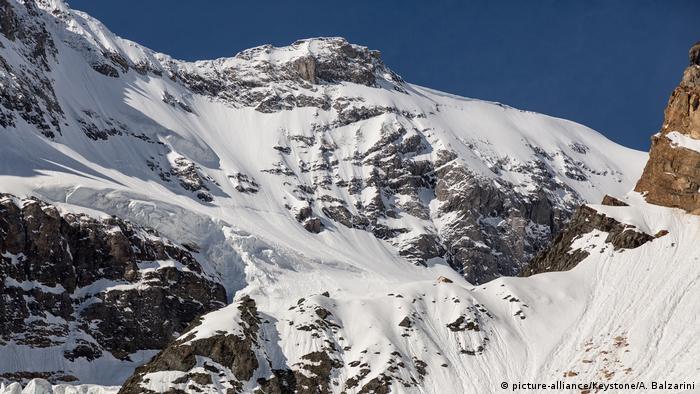 Four alpinists from Germany have been killed in Switzerland after being engulfed by an avalanche while they were trying to cross a mountain pass on Friday, police in the canton of Valais said Sunday.

The bodies were found on Saturday afternoon by emergency services that had been alerted by a mountain-lodge keeper when the four did not arrive at their planned destination on time. The group had been on the Grünhornlücke pass in the Bernese Alps when the accident occurred at an altitude of 3,110 meters (10,200 feet).

The four ski trekkers were found using a special search device that can detect bodies under snow, according to the Swiss SNA news agency.

A search flight on Friday evening indicated that several avalanches had recently occurred in the area.

Police say they are still trying to identify the victims.

Statistics from the WSL Institute for Snow and Avalanche Research SLF say that 19 people have now died in avalanches this winter in the Swiss mountains.