A man who was buried by an avalanche dug a gap to allow himself to breathe. He was found by a search dog and extracted by rescuers after being buried for one-and-a-half hours. 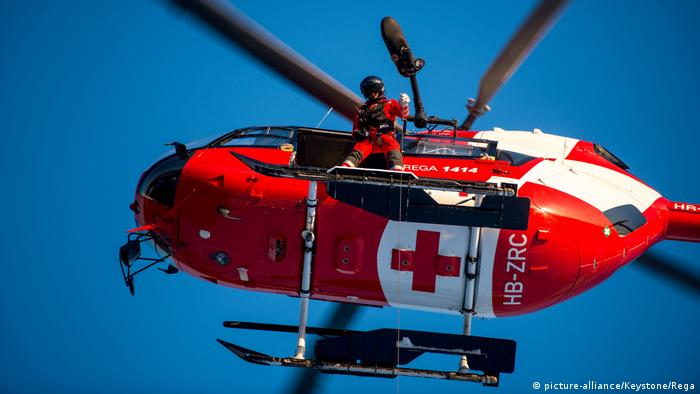 A man survived being buried by an avalanche in Switzerland on Tuesday by digging a cavity around himself to give him room to breathe for 90 minutes.

The Swiss air-rescue service Rega said the victim was flown to hospital with hypothermia and fairly severe injuries after Tuesday afternoon's drama.

The survivor had been clearing snow from a road at Göscheneralp, a high alpine valley long used for grazing, but partly flooded to form a hydro-electric dam in the early 1960s.

The alarm was given by a second man, who survived the avalanche unhurt, the Zurich-based rescue service said.

One of the dogs located the man, who survived because he came to rest under wet snow, but in a hole sufficient to breath.

Göscheneralp lies in a region devastated by extreme snow avalanches in 1951 that killed 96 people, including 13 in neighboring Andermatt, and wiped out alpine cattle herds.

Swiss rescue teams have stopped a search for people after an avalanche killed one and injured three others. It was a rare avalanche onto a busy piste. (20.02.2019)

Water is piped from neighboring valleys into the reservoir