The owner of the hotel argued that now he must replace every lock in the building. An Austrian government official has called the claim "completely dubious." 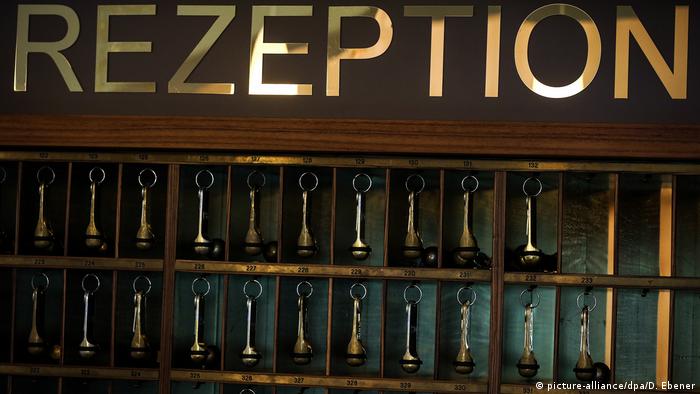 A man in Austria was shocked to be handed a bill from a debt collection agency for €10,365 ($12,000) after misplacing his hotel key, local media reported on Wednesday. According to the Tiroler Tagezeitung daily, the key was a skeleton key for the entire building, and now the owner is claiming all of the hotel's intricate locks must be replaced.

"If you lose a key, you have to replace it. That is undisputed," said Christian Schuster-Wolf, who works for the Austrian government's consumer protection agency, but "a hotel owner can only demand compensation in the amount of damage actually suffered."

The owner of the hotel on Austria's scenic Lake Neusiedl on the Hungarian border was reportedly presented with an estimate from a master locksmith that quoted around €6,334 as the cost of replacing 27 double-cylinder locks. The owner was claiming a further €3,000 in lost revenue for when the locks are replaced.

For Schuster-Wolf, this is a clear example of the hotelier using the negligence of the guest as opportunity.

"This has no legal basis," he said, criticized the owner's "completely dubious behavior."

The consumer protection agency promised to assist the former hotel guest, who was counseled by lawyers not to acknowledge or claim the bill, and refer the relevant parties to see him in court. As the guest was not informed of the special nature of the key, he cannot be held liable for gross negligence.

The woman thought the unexploded World War II shell she found could be taken home as a souvenir. She reportedly washed it in her hotel room to not get her clothes dirty, but wasn't worried about an explosion. (11.07.2018)

Austrian man tries to board train — with a horse

A man walks onto a train with a horse… What sounds like the start of a joke had Austrian commuters chuckling. Even the rail authority thought it was a laughing matter — at first. (23.08.2018)

Holidaying with locals, cheaper and more personal than in a hotel: with that simple idea, the founders of Airbnb turned the travel industry upside down. We take stock. (06.08.2018)