The head of Austria's far-right party has likened the failed coup in Turkey and subsequent purges to the burning of the Reichstag in Nazi Germany. Turkish President Erdogan has firmly denied any coup involvement. 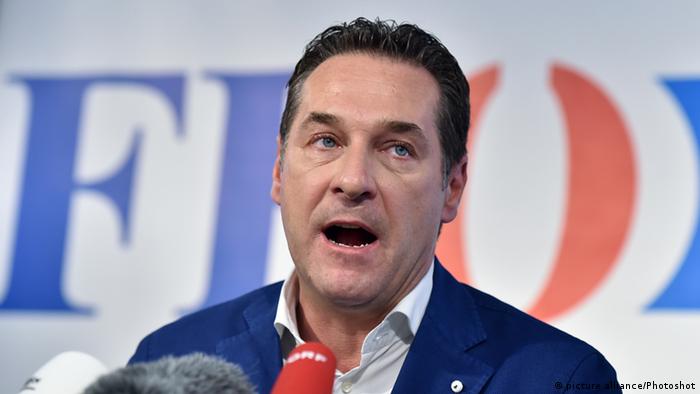 Heinz-Christian Strache, the leader of right-wing Freedom Party (FPÖ), drew parallels between the aftermath of the Reichstag fire in Nazi Germany and a recent attempted military coup in Turkey, in an interview published on Saturday.

"One almost had the impression that it was a guided putsch aimed in the end at making a presidential dictatorship by Erdogan possible," Strache told the Austrian daily Die Presse in an interview.

"He then grabbed complete power for himself - with prepared lists," said Strache. 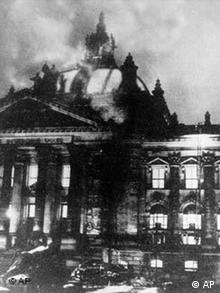 In 1933, Hitler and the Nazis used the burning of the Reichstag to justify the suspension of civil liberties

"We have dramatically experienced such mechanisms in history before, such as the burning of the Reichstag, where one seized complete power as a consequence," added the FPÖ head.

In 1933, the fire at the German parliament building was depicted by the Nazis as a Communist ploy against the government. The blaze was used to justify curbing civil liberties and finalized Adolf Hitler's powerful hold on Germany.

His comments were later echoed by Christian Lindner, the leader of Germany's Free Democrat party (FDP), who also compared the recent failed coup in Turkey to the 1933 Reichstag fire. He told the "Bild am Sonntag" newspaper that Erdogan was "building an authoritarian regime tailored solely to himself."

Lindner said the power grab meant that Erdogan "cannot be a partner for Europe." He added that he was disgusted that EU accession talks for Turkey had not been stopped long ago.

Following the attempted military coup on July 15 by a faction within the Turkish army, Turkish President Recep Tayyip Erdogan used the coup plot to justify a crackdown on political opponents in universities, media, the judiciary, civil service and the army.

Erdogan has staunchly rejected any accusations that his government might have planned the coup. He has also blamed the attempted uprising on a US-based Muslim cleric.

Austrian Chancellor Christian Kern suggested earlier this week that the European Union discuss the possibility of ending talks with Turkey over its EU membership bid.