Constitutional judges in Austria unanimously agreed that holding a repeat presidential election will strengthen trust in democracy. They were astounded by inconsistencies in the handling of the ballots. 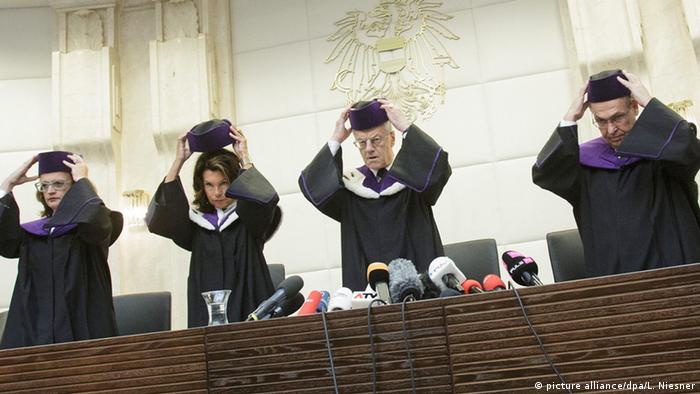 "The scale of it completely surprised me," Austrian constitutional lawyer Heinz Mayer said in an interview with DW. Hearings in the constitutional court brought more and more misconduct to light. The former law professor from the University of Vienna explicitly welcomes the judges' strict verdict. "They have boosted faith in democracy: They took a clear stance and made a resolute decision," he said.

On Friday at noon, the president of Austria's constitutional court, Gerhard Holzinger, announced the most important decision of his career. Ermine fur resting on his shoulders, he uttered the words that have accorded Austria a third round in a hard-fought presidential campaign. "The challenge brought by Freedom Party leader Heinz-Christian Strache against the May 22 election... has been upheld."

The court found irregularities in 14 of the 20 investigated constituencies; some 77,000 votes were affected. Green Party candidate Alexander van der Bellen had only led the right-wing populist Norbert Hofer by 30,863 votes, so judges could not rule out the possibility that the overall election result was distorted. 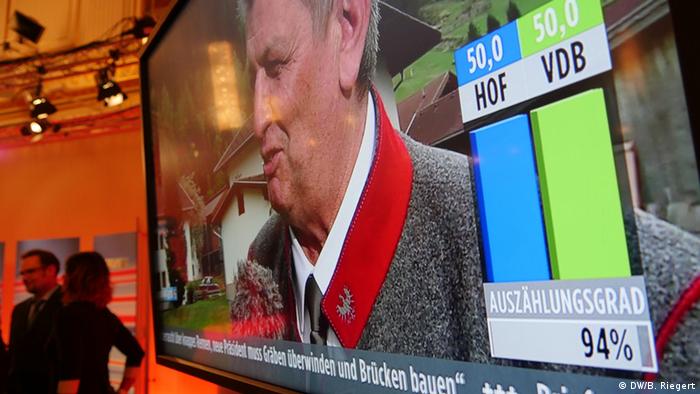 The May election was tight: This image was taken before all the votes were counted

In his statement, Holzinger said that although there was no evidence of manipulation, there were enough grievances to merit a rerun of the election. The constitutional court considers it unlawful, for example, to disclose preliminary results to journalists before polls close. On the day of the election, initial figures were revealed in social media outlets at 5:00 p.m., long before polling stations were officially closed. "This violates the freedom of choice," said Holzinger. Even more regrettable were the mistakes in the counting procedure. Ballots were sorted and counted too early, sometimes even in the absence of scrutineers who nevertheless documented correct proceedings in many cases.

"The election officials' boundless ignorance of the rules is inconceivable to me," said constitutional expert Heinz Mayer. His colleague Klaus Poier from the University of Graz told DW it was "frustrating to realize that election rules were violated on such a large scale." Both constitutional experts praise the court's decision. "In this way, democracy is being served better than if the judges had said, 'They were just sloppy,'" said Klaus Poier. He recalled a similar case the United States in 2000, when the Supreme Court stopped the recount of disputed votes in the election between George W. Bush and Al Gore after reports of irregularities emerged. "In comparison, this decision is much better." 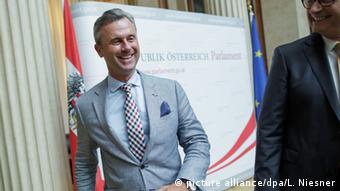 Another chance at victory? Norbert Hofer's party filed the complaint with the court

Hofer: A third of a president

Now that constitutional judges have made their decision, the Hofburg Palace, the residence and workplace of Austria's president, will temporarily be vacant from July 8 on, when the term of the outgoing president ends. Official duties will be carried out in the interim by a three-party committee consisting of top parliamentarians. This ironically makes Norbert Hofer of the Freedom Party (FPÖ) a third of a president. The triumvirate is made up of Hofer, National Council president Doris Bures of the Social Democrats (SPÖ), and Karlheinz Kopf of Austrian People's Party (ÖVP). Hofer has already announced that he would not give up the position. "I will prove that I conduct myself in a non-partisan manner."

The Austrian government will set the date for the election rerun. There is no deadline; however, preparing the ballots will take about 11 weeks, meaning the election could take place at the end of September or beginning of October. Interior Minister Wolfgang Sobotka expects a decision next week. He wants to implement the court's verdict immediately, which means there will be no preliminary results following the rerun; the outcome will only be announced after all votes have been counted. 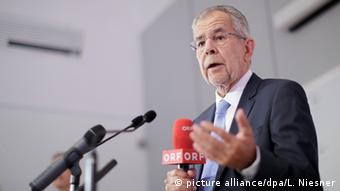 Not president yet: Alexander van der Bellen has to campaign again

Both Alexander van der Bellen and Norbert Hofer were quick to praise the court's decision. "I respect the decision, that is clear," said van der Bellen, adding: "To make one thing clear - I expect to win a second time." His opponent Norbert Hofer said he has a "real desire for another election campaign."

It was Hofer's Free Democrats (FPÖ) who filed the appeal at the constitutional court. The party's lawyer sees this as a clear image boost. "The FPÖ has successfully challenged the election results and demanded a clean-up where sloppiness prevailed." Does that give them an advantage in the repeat election? Yes, said constitutional expert Heinz Mayer. "Now they can play up their image as guarantors of the rule of law." His colleague Klaus Poier is not so sure about that. "That is understandable political rhetoric but people can judge it easily. There was no proven manipulation."

Austria's highest court has ruled that the presidential election held in May must be repeated. The far-right Freedom Party whose candidate narrowly lost had claimed "massive irregularities" in the absentee vote. (01.07.2016)

Witnesses have taken the stand in Vienna to testify on alleged voting irregularities during May's presidential election. Austria's far-right FPÖ party challenged the vote after its candidate lost by a thin margin. (20.06.2016)