Austria reacts with shock to death of firebrand Haider | Europe | News and current affairs from around the continent | DW | 11.10.2008

Austrian politicians from all sides paid tribute to far right leader Joerg Haider, who was killed in a car crash on Saturday, describing him as a talented and charismatic yet highly controversial leader. 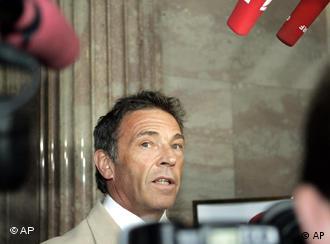 The accident occurred near Klagenfurt, capital of the province of Carinthia where 58-year-old Haider was governor -- around 2 am (0000 GMT), police official Meinhard Schiller told German news agency dpa.

Haider was driving by himself when his car veered off the road after passing another vehicle. It then hit several obstacles, including a concrete foundation of a fence, and flipped over several times.

The politician died on the way to a local hospital from serious injuries to the head, neck and chest, according to Thomas Koperna, medical chief of the Klagenfurt hospital. His left arm was almost severed, he said.

Police are still investigating the exact cause of the accident, in which no one else was injured. 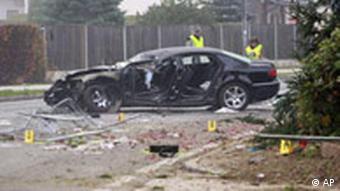 'The end of the world'

Haider, a charismatic populist and leader of the far-right Alliance for the Future of Austria, was a deeply controversial figure and his death sparked strong reactions.

"For us, this is like the end of the world," Alliance spokesman and deputy leader Stefan Petzner was quoted as saying by the Austrian press agency APA.

Haider "was a politician who moved and changed Austria," Petzner said at a press conference during which he was frequently overcome with emotion.

Austrian President Heinz Fischer said he was "deeply affected" by the death of Haider. But he also pointed to the divisive nature of his politics, saying Haider had been a "politician of great talent," who had sparked enthusiasm as well as criticism.

Haider turned Austria's small far right movement into a force to be reckoned with by often denigrating political opponents, and by tapping into revisionist and anti-immigrant sentiments.

Haider was notorious for provocative statements, such as his assertion in 1991 that the Third Reich under Hitler had a "proper employment policy." Nazi Germany had enslaved Jews and foreigners for its wartime economy. Haider was forced to sep down as governor of Carinthia after that comment. He was reelected as governor in 1999.

Conservative leader Josef Proell said Haider had brought a new style to Austrian politics that had been "very successful."

In parliamentary elections in late September, the populist leader's Alliance won almost 11 per cent of the ballots, nearly doubling its votes from the previous elections in 2006.

Haider's party split in 2005 from the Freedom Party, which gained prominence under Haider's leadership in the 1980s and 90s.

In 2000, Haider led the Freedom Party into a government coalition as a junior partner of the conservative People's Party. When the Alliance was formed in 2005, its officials took over the Freedom Party's seats in cabinet until the coalition broke down in 2006.

The 2000 centre-right coalition, in which Haider was not a cabinet member, met with strong criticism from European Union members, who reacted by implementing diplomatic sanctions against Austria. 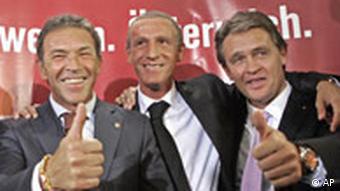 Freedom Party leader Heinz-Christian Strache, Haider's right-wing political rival, said Saturday that Haider was responsible for "incredible changes" in Austria which for a long time had been dominated by a "fabric of power" spun by social democrats and mainstream conservatives.

Filip Dewinter, a leader of Belgium's far-right, anti-foreigner Flemish party Vlaams Belang, praised Haider on Saturday as a "model of a modern, current successful right-nationalist politician," who had given voice to the "silent majority of the population."

In his last interview published by the regional Kleine Zeitung on Saturday, Haider indicated he no longer had ambitions for leading the country.

"We changed a lot in Carinthia and we will go on doing so in Austria. I don't have to become chancellor to do that."