Prosecutors have arrested three people in connection with a video that caused the collapse of the Austrian government earlier this year. Authorities made the arrests and searched properties on Tuesday. 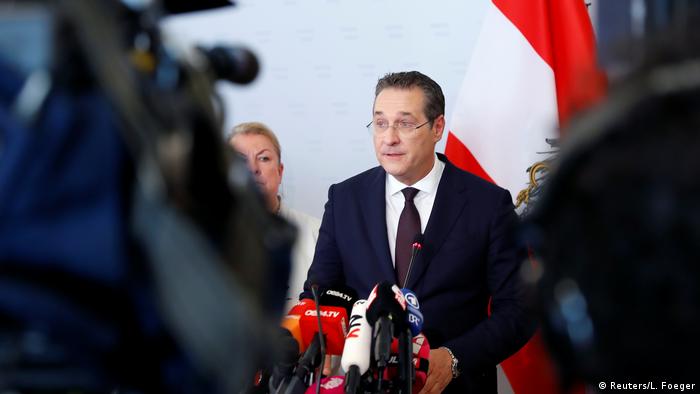 Austrian prosecutors have arrested three people in connection with a video that brought down the Austrian government earlier this year, according to local reports.

Prosecutor Thomas Vecsey told the Associated Press on Wednesday that authorities made the arrests and searched properties on Tuesday, but declined to provide further details.

Prosecutors will decide whether to pursue action against the trio by Thursday, according to the Austrian newspaper Wiener Zeitung.

The video, published in May 2019, appeared to show then-vice chancellor Heinz-Christian Strache offering favors to a woman posing as a Russian investor, in return for positive media coverage of his party. 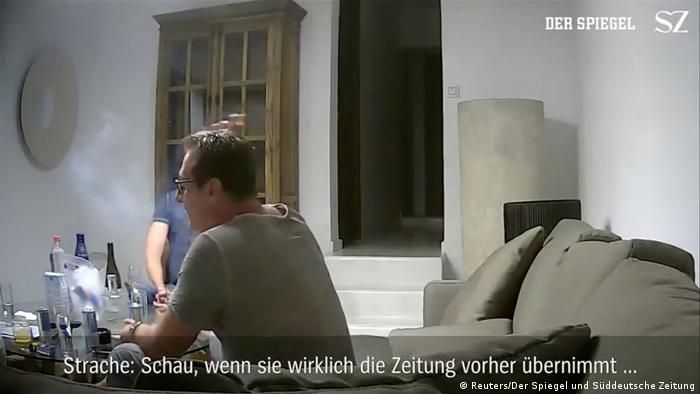 Still from the video showing Strache in Ibiza

Strache and Johann Gudenus, respectively leader and deputy leader of the far-right Freedom Party, also appeared to discuss corrupt political practices involving donors in the video. The Freedom Party was the junior party in a governing coalition at the time.

Dubbed the "Ibiza Affair" because of the Spanish island where the footage was filmed, the video led to the collapse of Austria's coalition government. Chancellor Sebastian Kurz called a snap election, which took place in September, and Strache has since resigned from politics.

After winning the most seats but with no clear majority, Kurz and his right-wing Austrian People's Party remain in coalition talks with other parties.

It is unclear who the suspects are nor what their exact charge is.

Sebastian Kurz has been appointed co-chairman of the European Council on Tolerance and Reconciliation, just a few months after leaving office amid a corruption scandal.