Austria has sealed off its Alpine resort of Telfs-Buchen for a four-day elite gathering of 140 politicians, executives and academics, mostly from NATO nations. The Bilderberg talks began as a Dutch initiative in 1954. 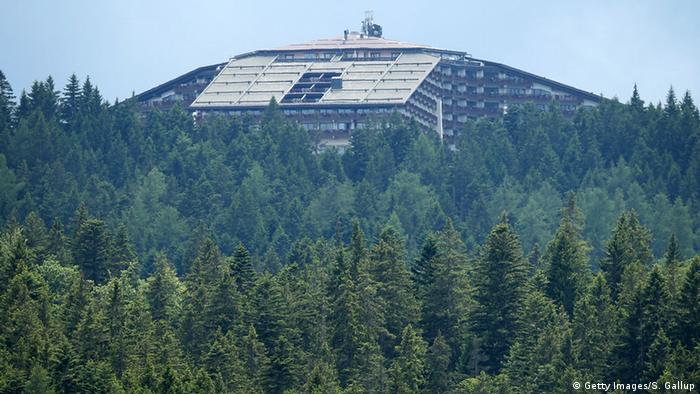 Movers and shakers from 22 nations converged on a luxury hotel on Thursday in western Austria for the latest in a secretive Bilderberg conference series that has run for six decades.

Officially it aims to "foster dialogue" between Europe and North America. Over its 60-year history, it has, however, also long been an inspiration to conspiracy theorists convinced that the world's elite meet there to determine the fate of the globe.

Topics listed by organizers include chemical weapons, the Middle East, Russia, cybersecurity and artificial intelligence. There is no specific mention of climate change or December's UN Paris conference. World hunger and the massive gaps between the world's poor and rich also didn't make the list of current issues.

Participants attend as private individuals. The #link:http://www.bilderbergmeetings.org/index.php:conference website# states, "There is no detailed agenda, no resolutions are proposed, no votes are taken and no policy statements are issued."

"The meeting is closed to reporting journalists in order to encourage the highest level of openness and dialogue," says the website in its question-and-answer section.

Attendees are "free to use information received," but are not allowed to reveal the identities of speakers later, according to the rules for the 63rd Bilderberg conference.

Its name stems from the first post World War Two gathering held at the Hotel Bilderberg at Oosterbeek in the Netherlands in 1954. The meeting that took place there is reputed to have laid groundwork for the European Union. 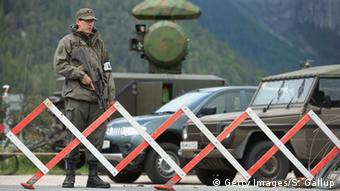 Austrian authorities have imposed a 50-kilometer (31-mile) exclusion zone around the #link:https://www.interalpen.com/:five-star Alpine resort# at Telfs-Buchen. The country has planned to deploy up to 2,100 police officers to secure the conference.

Austria's "Kronen-Zeitung" tabloid newspaper cited the military as saying a special radar system was "in position" and Kiowa helicopters armed with machine guns would carry out patrols.

Critics of the Bilderberg proceedings have planned a demonstration for Saturday and expect between 2,000 and 3,000 protesters. It will take place 15 kilometers from the conference venue.

German author Björn Wendt, a scientist at the University of Münster, said the mythos surrounding the Bilderberg conference series resulted from the lack of public information about what happens during the meetings.

"Who is significant or who will become significant? An invitation is a form of knightly accolade for the importance," said Wendt.

The public knew little about the encounters of the rich and powerful at the Bilderberg conferences, Krysmanski said, while on the other hand millions of social welfare recipients were subjected to constant controls and surveys of their activities and lives.

Historian and Cold War expert Bernd Greiner of the #link:http://www.his-online.de/en/about-us/:Hamburg Institute of Social Research# played down conspiracy theories in 2013 by instead postulating that industry and politicians lacked singular control mechanisms to run crises-plagued modern democracies.