On Saturday, Austria hands over the presidency of the European Union to Finland. The Alpine republic declared some lofty goals during its time at the top, but to what extent did it deliver? 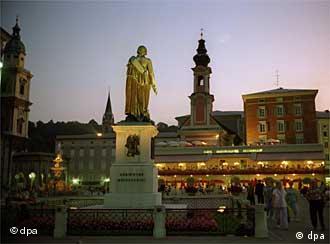 Austria lent Alpine charm to its presidency, but its six months are up

Austria conducted what some claimed was a kitschy start to its presidency -- a summit called the Sound of Europe. It was held in Salzburg -- Mozart's birthplace and the backdrop to that famous Hollywood musical, "The Sound of Music."

But even as the cultural clichés were being rolled out, the first full-blown crisis of the presidency was underway. In the middle of a severe cold snap last winter, Russia began to cut gas supplies to Ukraine. And many European countries connected to the same pipeline were also affected. The EU urged Russia and Ukraine to sort out their dispute, and after gas pressure was restored, Austrian Economics Minister Martin Bartenstein proudly claimed success.

"The EU does put a high value on the energy partnership which it enjoys with Russia and the full cooperation with Ukraine as a gas transit country," Bartenstein said then. "The development since December 30 further justified the high priority of energy as the main focus of the Austrian presidency." 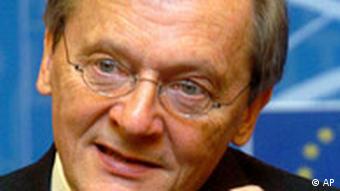 It was smart political footwork by the Austrians to turn an energy crisis into a political victory for the EU. And energy security did go on to become a major theme -- along with Europe delivering concrete results to its citizens. Austrian Chancellor Wolfgang Schüssel spoke of such ambitious targets as requiring every member state to commit 3 percent of GDP towards research, and reducing the time required to set up a business to one week.

However, Peter Havlik, chief economist at the Vienna Institute for International Economic Studies, said that at the end of six months, Austria made few inroads on the key issues of jobs and European competitiveness.

"My assessment is that the progress has been rather modest," Havlik said. "Of course there were some successes, there was this agreement on the budget, there was the agreement on the services directive, there were some disputes regarding the liberalization of the labor market, specifically changes in the transitory periods regarding the new EU member states."

It may be modest progress, but then the Austrian presidency did manage to escape the major crises of the previous two -- the crisis over the constitutional treaty, rejected by France and the Netherlands, and the budget crisis, finally resolved by Britain. But is a crisis-free presidency necessarily a successful one? According to some EU experts, the answer is no.

"What is very important is the adoption of the seventh framework program for research and science -- something which has not happened during the Austrian presidency," said Johannes Pollak, EU expert at the Austrian Academy of Sciences. "Then there should be a discussion, I think, about the employment policy, the Lisbon strategy which was not paid a lot of attention in recent years."

But there was praise from many for the way Austria kept the discussion over Europe's future, and the constitution, alive.

"I think the Austrian presidency's rhetoric has been very positive," said Andrew Moravcsik, director of the European Union program at Princeton University. "That rhetoric has stressed simultaneously the unity of Europe and the diversity of its peoples, policies and political systems. It's that balance of unity and diversity that is the unique contribution of Europe in the modern period." 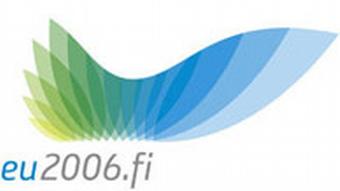 With no major crises on the horizon, the Finns say they will seek consensus on further enlargement of the EU and improved relations with Russia.

And according to Peter Havlik, Finland will be able to show the rest of Europe a thing or two about running the economy.

"Finland spends more than 3 percent of GDP on research and development -- which is much more than in Italy or France," he said. "There could be some lessons also from the education system which has been assessed as one of the best in Europe by the OECD."

Austria promised Monday to inject momentum into the European Union during its six-month presidency. It insisted the bloc's first constitution was not dead despite rejection from French and Dutch voters. (Jan. 10, 2006)

Austria Sunday began on a musical note its six-month presidency of the European Union, to which it wants to provide a "vitamin boost" by trying to reopen the debate on the constitution and growth. (Jan.1, 2006)