The Jewish Community of Vienna has found that right-wing ideology played a significant role behind Austria's antisemitic attacks. 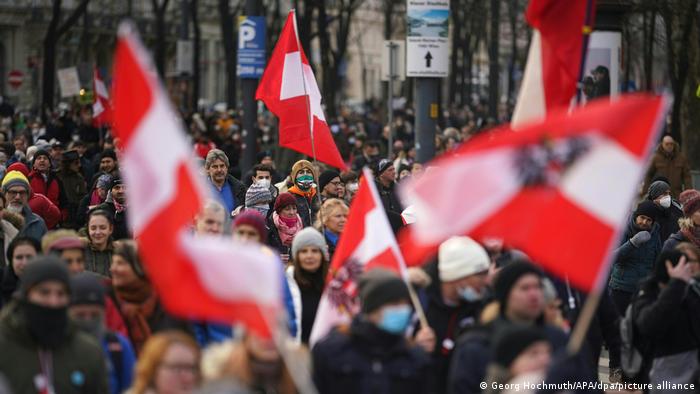 Breaking all anti-Semitic attacks down by associated ideology, the biggest category was right-wing

The number of antisemitic incidents in Austria surged last year to a record high since the Jewish community's official records began 19 years ago, a study showed on Monday.

Reported incidents ranged from online abuse to physical attacks. The number rose by 6.4% in 2020 to 585 nationwide, according to an annual report by the Anti-Semitism Reporting Office, which officially represents Austria's Jews, the Jewish Community of Vienna (IKG).

November and December saw the most number of antisemitic incidents, the report said, detailing that:

What is behind antisemitic attacks?

Around 40% of the incidents had a right-wing political motivation (229), while 15% were tied to the left. The second largest category was  "not possible to assign" with 195 incidents.

Abusive behavior, including online abuse, made up 62% of incidents with 135 antisemitic publications in offline and online media.

The report also counted 22 threats against Jews, and 364 insults. An Islamist extremist motive was found in 13% of cases.

Physical attacks on Jews accounted 2% of the total, or 11 incidents, up from six from the year before.

The only category in which incidents did not rise  was property damage with 53 cases.

The study noted that the IKG launched a public awareness campaign in November that might have increased the number of incidents reported.