A Trump campaign adviser's revelations to the UK-based diplomat eventually prompted the FBI to open an investigation into Russian meddling in the 2016 presidential election, a US newspaper reports. 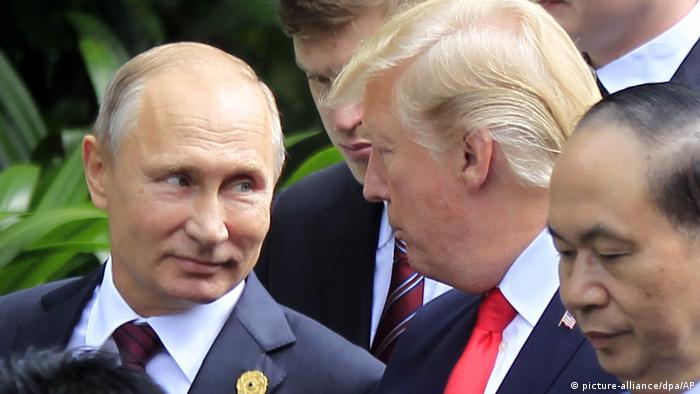 A tip from a top Australian diplomat helped persuade US authorities to investigate Russian attempts to intervene in the 2016 US presidential election, the New York Times reported on Saturday.

Australian officials passed on information to the FBI that the diplomat, Alexander Downer, had allegedly received from George Papadopoulos, a former campaign adviser to Donald Trump, during what the Times described as "a night of heavy drinking at an upscale London bar" in May 2016.

Papadopoulos, an ex-foreign policy adviser to the Trump campaign who is now a cooperating witness in the investigation, reportedly told Downer that Russia had thousands of emails that would embarrass Democratic candidate Hillary Clinton. Downer, a former foreign minister, is Australia's top diplomat in Britain.

"The hacking and the revelation that a member of the Trump campaign may have had inside information about it were driving factors that led the FBI to open an investigation in July 2016," the newspaper said. 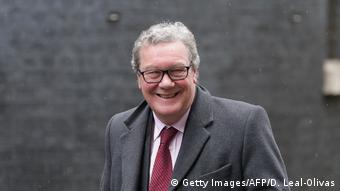 The new revelation means that it was not just the so-called Steele dossier — allegations compiled by British intelligence agent Christopher Steele that Russia had collected damning information on Trump — that led to the probe, but also direct information from one of the US's closest allies.

Closely guarded secret in the FBI

White House lawyer Ty Cobb declined to comment, saying in a statement that the administration was continuing to cooperate with the investigation now led by special counsel Robert Mueller "to help complete their inquiry expeditiously."

Court documents unsealed two months ago show that in April 2016 Papadopoulos met with Joseph Mifsud, a professor in London who told him about Russia's cache of emails — before the Democratic National Committee became aware of the intrusion into its email systems by hackers later linked to the Russian government.

The New York Times said that once the information from the Australian diplomat had reached the agency, the FBI kept it as one of their "most closely guarded secrets," and avoided issuing subpoenas in the run-up to the election in November 2016, for fear of disrupting the campaigns.

Former Trump campaign adviser Michael Caputo dismissed Papadopoulos as a volunteer "coffee boy" only marginal to the Trump campaign, though it has since emerged that the foreign policy aide brokered a meeting between Trump and Egyptian President Abdel Fattah al-Sisi before the election.

US President Donald Trump has said he is not considering firing special counsel Robert Mueller, who is leading the Russia meddling probe. Trump allies have accused Mueller of "unlawfully" obtaining thousands of emails. (18.12.2017)

The Facebook ads Russian agents bought during the US election

A congressional committee has released a trove of Russian-funded Facebook ads that were disseminated during the 2016 presidential election. DW looks at the politically divisive messages aimed at sowing discord in the US. (02.11.2017)

Sam Clovis, President Donald Trump's pick for the Agriculture Department's top scientist, has withdrawn after he was tied to the ongoing Russia probe. Clovis was a former Trump campaign official and chief policy adviser. (02.11.2017)