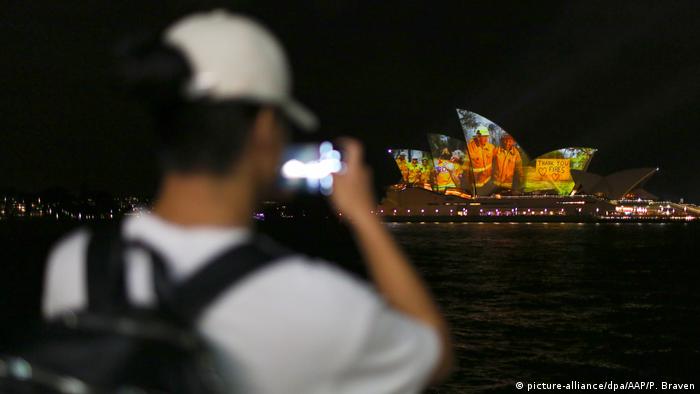 Australian tourism operators have one message for visitors — "we are a massive country and we are open for business."

Australia rarely features in international news coverage. Tucked away and exotic, the only news that usually filters through are the "man bites crocodile" stories. But this summer has been different, with devastating fires dominating coverage from the UK to the US. 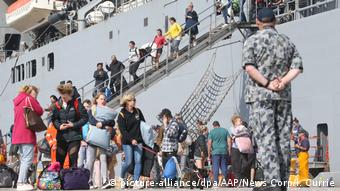 This has led to panic among tourists who have seen the harrowing footage of towns being swallowed whole by fires, entire landscapes seemingly reduced to ash, people killed and animals massacred.

Tony Coppins runs a marine tours business on Kangaroo Island — often described as the Galapagos of Australia thanks to its enormous biodiversity. His company is one of TripAdvisor's top-rated tourism businesses on the island, with rave reviews for experiences such as swimming with dolphins.

But business has ground to a halt after the western third of the island was burned in a widely-broadcast bushfire. 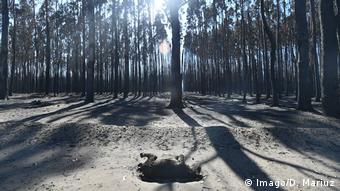 The whole western section of Kangaroo Island is devastated, but the eastern part remains unaffected

But most of Kangaroo Island hasn't burned. The whole eastern section of the island, with most of the tourism opportunities, remains unaffected. Nonetheless, tourists have been spooked and have cancelled en masse.

"This has created an employment crisis on the island," Coppins said. "We can't employ our casual staff — we have more than 30 — unless we have bookings. That's filtering through to the community: People can't make house payments, they can't buy the necessities."

Hotels in New South Wales and Victoria have reported similar problems, with unaffected areas being hit by tourist cancellations.

The federal tourism agency said it was too early for statistics to quantify the economic damage, but that it was aware of cancellations and possible declines in bookings.

"I urge people with a booking or (who are) considering travel to ensure they have the facts and don't compound the harm to tourism operators by unnecessarily staying away," Birmingham said. 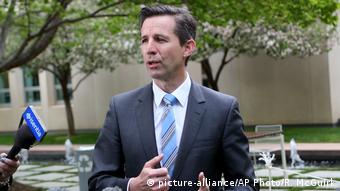 Simon Birmingham, minister of trade, tourism and investment, encourages tourists not to stay away

"I want to make it clear that Australia is still very much open for business. Most Australian regions remain unaffected and continue to offer tourists the incredible tourism experiences that our country is known for."

This message has been hard to communicate to an international audience, particularly with the UK and the US issuing partial travel warnings for Australia. However, on Tuesday, the US State Department downgraded its travel advisory to normal, at the behest of embattled Prime Minister Scott Morrison.

To help tourists find out where is safe, Tourism Australia regularly updates a list of which internationally-popular tourism sites have been affected by the fires.

At the time of writing, all tourist sites in Queensland, Western Australia and Tasmania remained unaffected by the fires. Most tourist sites in other states were trouble-free, including Victoria's Great Ocean Road and Phillip Island and New South Wales' north coast and Hunter Valley.

Large organized tour companies are mostly going ahead as planned, though many are adjusting itineraries for tours around Sydney. The Travel Corporation, which runs several major tour brands in Australia, said in a statement that all upcoming tours to Australia were operating as scheduled.

Major cities in the southeast such as Sydney and Melbourne, though safe from fires, have experienced particularly bad air quality. Visibility has sometimes been reduced to several hundred meters due to smoke, and breathing has been affected. 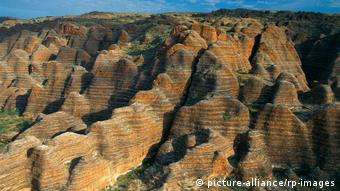 Western Australia in particular remains a good option for concerned tourists. Thanks, in part, to fuel-load management and favorable weather conditions during winter, the state has been largely unaffected by the mega-blazes burning through other states.

This is largely driven by flexible independent travelers who have been drawn to the other-worldly nature of parts of the state — parts which are thousands of kilometers away from the fires.

Adventurous Europeans are particularly drawn to the Kimberley region in the northwest, which is increasingly serviced by affordable flights for those unwilling to drive, as well as the Ningaloo Reef.

"The message is that Australia is a huge place and it is tragic what is happening in some parts of Australia, but Western Australia is absolutely open for business and we have some magnificent destinations that have made us the most desired destination for Australian and international visitors."

Many independent tourists have found information difficult to parse, and have posted online asking for advice and whether they should cancel. Helpful locals rarely advise people to cancel, but point them towards local information centers such as the state fire and tourism agencies.

One forum regular told DW they had been particularly moved by several instances of tourists who were forced to cancel — as their destinations had been thoroughly burned — but had decided to let the businesses keep the money to help the rebuilding effort.

This has been one of the many ways that tourists have been able to help fire-hit regions.

Business owners have called on tourists to move the time of their booking, or consider buying gift vouchers for future use.

Grassroots campaigns have sprung up to help boost tourism, including the Roadtrip For Good website, which lists tourism businesses that are in need of customers after the fires. 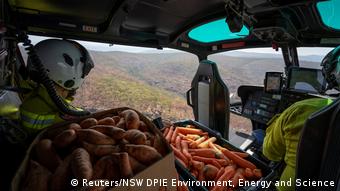 Help is on its way: Wildlife Service staff air-dropping carrots and sweet potatoes for animals in bushfire-stricken areas

Other groups are calling for domestic tourists to wait for the fires to pass and start traveling to burned regions with empty ice boxes — known as Eskies — that they can fill up by patronizing local shops.

Australians, who have formed a national identity of being "battlers" are proud of being self-sufficient. International fundraising efforts are greatly appreciated by people on the ground, but the overwhelming message is that they want to continue with business and earn an honest living.

"When it is safe to do so, we will do everything we can to encourage people to visit impacted communities, so they can help support local businesses by visiting cafes, booking restaurants and filling regional hotels."

Tourism Australia's alerts page is the best source for tourists with Australia-wide information on tourist regions.

Each state and territory also has its own fire emergency sites, though they are not necesarily tailored for tourists: New South Wales, Victoria, Tasmania,Australian Capital Territory, Northern Territory, Queensland South Australia and Western Australia.

Google has an easy to digest map of which areas have been burned.

Thunderstorms have dumped much-needed rain on bushfires but may cause other problems. More rain is forecast across parts of eastern Australia over the weekend. (17.01.2020)