Australia-Facebook row: What you need to know

Facebook has faced a backlash after "unfriending Australia" over a proposed media law. The move has reverberated around the world. Here is what you should know. 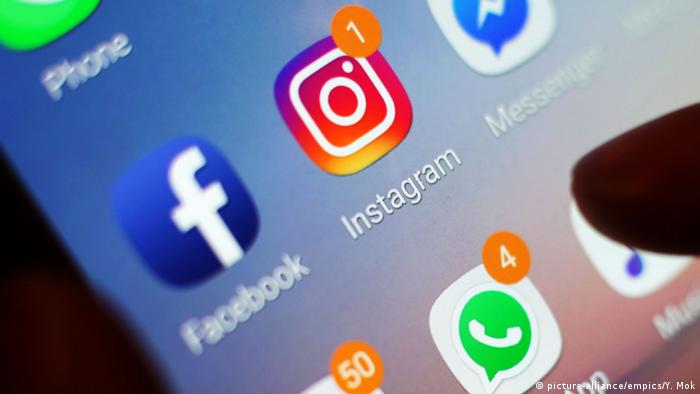 Criticism has piled on Facebook, as it halted access to information amid a global pandemic. But Australia's proposed law also poses questions about freedom of information.

We take a look at the dispute and its implications:

What is Australia's new media law?

The proposed News Media Bargaining Code stipulates that digital platforms, such as Facebook and Google, must pay for journalistic content based on negotiations with news outlets.

It includes a negotiation safety net as an attempt to prevent tech giants from dominating negotiations with news media.

According to the bill, a panel would decide on the fairest bid if the two negotiating parties do not agree.

Australia's House of Representatives has already passed the bill, and the Senate is expected to approve.

Facebook said that the proposed law "fundamentally misunderstands the relationship between our platform and publishers who use it.''

Meanwhile, Google has stepped up negotiations with Australian media companies on licensing content deals, through its own News Showcase model.

Tech companies have tried to push back against the law, which would undermine the business models that allowed them to become some of the richest companies in the world.

Both tech giants do not object to paying for news. They already pay some news organizations for content. But they would rather have the upper hand in determining how much they pay these organizations.

How has Australia reacted?

Australia's Prime Minister Scott Morrison said on his Facebook page the company's response to the proposed law was proof that tech giants believed they were "bigger than governments".

"Facebook's actions to unfriend Australia today, cutting off essential information services on health and emergency services, were as arrogant as they were disappointing," Morrison said.

The prime minister hinted at continuing the process to approve the legislation, regardless of Facebook's response.

"Although this may be something we've taken for granted for many years to see things on Facebook, ultimately these decisions are being made in Silicon Valley. And I think we're realizing that now," he said.

How can the Australian model change the internet?

In an Australian Senate inquiry, World Wide Web inventor Tim Berners-Lee warned that introducing a law to charge for links could have a bigger impact

"Links are fundamental to the web," he added, "If this precedent were followed elsewhere, it could make the web unworkable around the world."

But proponents argue that the law would financially support news organizations to provide more original content.

The EU lawmakers have been closely observing the situation as they negotiate amendments to regulate digital platforms.

He said that Facebook's response to Australia's law showed that the company was "trying to protect its dominant position with scant regard for the citizens and customers it supposedly serves."

Under recent copyright regulations, news outlets in EU countries can demand payments from digital platforms for using their content. But the bloc is interested in the requirement for binding arbitration in the Australian model.