Australia has designated the right-wing extremist group Sonnenkrieg Division as a terrorist organization. The ruling allows authorities to imprison members of the UK-based neo-Nazi group. 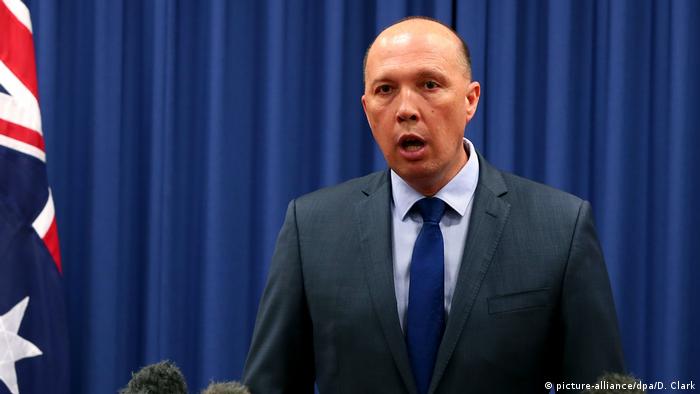 The Britain-based neo-Nazi outfit Sonnenkrieg Division (SKD) became the first far-right organization to be listed as a terror group in Australia on Monday.

SKD joined a list of 27 proscribed organizations, which had so far been exclusively jihadist or separatist groups.

Why is the group considered so dangerous?

The classification follows a similar ruling made by British officials last year.

"SKD adheres to an abhorrent, violent ideology that encourages lone-wolf terrorist actors who would seek to cause significant harm to our way of life and our country," Peter Dutton, Australia's Minister for Home Affairs said in an emailed statement.

The head of Australia's ASIO intelligence agency, Mike Burgess, said SKD and other right-wing groups accounted for 40% of terror-related investigations carried out in the country over the past 12 months.

In 2019, a teenage neo-Nazi was jailed in Britain alongside another member of SKD for terrorism offenses. The individual had urged violence against Britain's Prince Harry, branding him a "race traitor" after his marriage to US actress Meghan Markle.

In 2019, an Australian gunman killed 51 worshippers at mosques in the New Zealand city of Christchurch. The Australian Security Intelligence Organisation has said the far-right threat has "increased" and become an "enduring threat."

The SKD is an offshoot of the Atomwaffen Division, a leaderless movement that sprang from hate forums in the US that was based on neo-Nazi terror organizations from the 1970s and 1980s.

The Sydney Morning Herald quoted ASIO boss Burgess, as saying that other ideologically-motivated extremist groups had been suggested for prohibition by the UK. However, it was decided they did not meet the legal definition. Burgess conceded that the UK's definition for proscribing a terrorist organization was broader than Australia’s