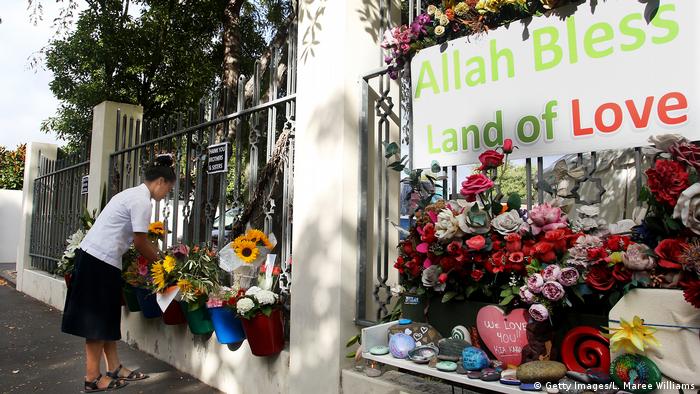 The inquiry into the 2019 attacks on two Christchurch mosques revealed on Tuesday that security services had not given enough focus to right-wing terror, and could only have prevented the shootings "by chance."

The judicial probe called for 44 key changes to counter-terrorism operations in response to the murder of 51 Muslim worshippers by a white supremacist.

New Zealand Prime Minister Jacinda Ardern welcomed the publishing of the almost 800-page report and said she would accept recommendations.

"The Royal Commission found no failures within any government agencies that would have allowed the individual's planning and preparation to have been detected but did identify many lessons to be learnt and significant areas needing change," she said in a statement.

The report concluded that there were no clear signs that the shooter was an imminent threat since he had few meaningful interactions with people in New Zealand.

He had been radicalized online — especially over YouTube — while living in Australia and then used money he inherited from his father to travel the world before eventually settling in New Zealand in 2017.

He had only superficial interactions with people while preparing for his attack and was able to present himself in a way that didn't arouse suspicion.

As such there were few telltale signs that authorities could have picked up on in order to prevent his attack.

The report criticized the ease with which the attacker was able to get access to firearms, saying the vetting system had not been administered correctly.

He gave an internet gaming friend and that friend's father as the two required referees who could prove his good character when applying for a gun license. Vetting officers interviewed both and concluded that he should be given the license.

Police Commissioner Andrew Coster said that in regards to the vetting, "we could have done more to consider whether the two referees knew the individual well enough to serve as referees."

Yet the report also found that a lack of gun license would only have delayed the massacre, not prevented it.

A mother grieves for a son killed in Christchurch

The report had originally been expected in December 2019 and the families of those killed in the attack lamented how long the inquiry had taken.

"Though the report brought hard memories, it answers some of those questions however not all," said Omar, the father of one of the victims.

For Omar there were still questions of accountability, but he welcomed the government's acceptance of the recommendations.

Other families also welcomed Ardern's agreement to accept the 44 recommendations, including setting up a new, well-funded security agency to deal with the emerging threats rather than preventing immediate ones — a task already covered by two other agencies.

The report also stated that the focus on Islamist terrorism had been at the expense of discovering and preventing right-wing terror.

The Prime Minister said she was planning to speak to the leaders at YouTube "directly" for their platform's role in right-wing radicalization.