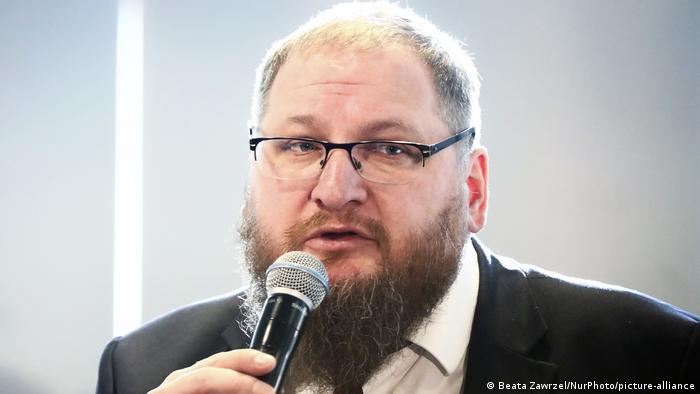 Piotr Cywinski said he 'cannot remain indifferent' to the case

The head of the Auschwitz Memorial in Poland has urged Nigeria's president to pardon a 13-year-old boy who was jailed on blasphemy charges — even volunteering to serve part of the prison term himself.

Piotr Cywinski urged Nigerian President Muhammadu Buhari to intervene in the case of Omar Farouq. The teenager was accused of making blasphemous statements about Allah in an argument with a friend and was sentenced last month by a Sharia court in northwestern Kano state to 10 years in prison.

Cywinski said that if the president couldn't grant Farouq clemency, then 120 adult volunteers, "myself personally among them," should each serve a month in a Nigerian prison in the boy's place.

As the director of the Auschwitz Memorial at the site of the German Nazi extermination camp, "where children were imprisoned and murdered, I cannot remain indifferent to this disgraceful sentence for humanity," Cywinski said in the letter, which was posted to the memorial's Twitter account.

"He should not be subject to the loss of the entirety of his youth, be deprived of opportunities and stigmatized ... for the rest of his life."

Baba Jibo Ibrahim, a spokesman for the Kano State Judiciary, told Reuters he had not seen the letter, but said the president had the power to pardon the boy.

Bridging the religious divide in Kaduna

Nigeria, with its population of 206 million, is deeply divided along religious lines. The majority of Nigerian Muslims live in the north while the Christians are concentrated in the south.

Blasphemy against Islam carries a death penalty in the 12 Nigerian states that apply Sharia law, although executions are rarely carried out. Some offenders have had their limbs amputated under the religious law.

The Auschwitz Memorial commemorates the victims of Germany's Nazi forces at the Auschwitz concentration camp. More than a million people, most of them Jews, were murdered at the site during World War II.