A sharp rise in attacks on schools in Afghanistan is preventing a generation of children from getting an education, UNICEF reports. Threats from the Taliban and "Islamic State" mean hundreds of schools remain shuttered. 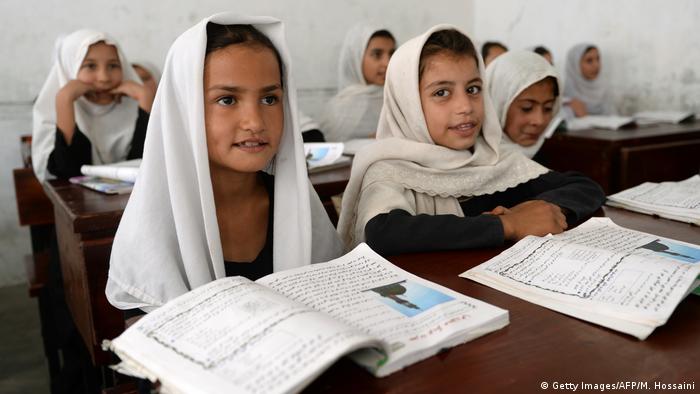 "Education is under fire in Afghanistan," UNICEF Executive Director Henrietta Fore said. "The senseless attacks on schools; the killing, injury and abduction of teachers; and the threats against education are destroying the hopes and dreams of an entire generation of children."

One possible reason behind the rise in attacks, according to the UN agency, is that school buildings served as polling centers during last year's parliamentary elections.

UNICEF said around 3.7 million Afghan children — about half the country's school-age population — were missing out on formal education. About 60% of them were girls. It also said security threats from groups such as the Taliban and the "Islamic State" have forced more than 1,000 schools across the country to remain closed.

The security situation in many parts of Afghanistan remains precarious, with the Taliban in control of almost half the country's districts. The group ruled Afghanistan from 1996-2001 before being removed from power in a US-led invasion.

US officials have been attempting to broker a peace agreement between the militants and the government in Kabul since October. Negotiators say a draft accord has been reached on a withdrawal of US forces in return for the Taliban breaking with militant groups such as al-Qaida. But so far there has been little progress on establishing a ceasefire or getting the two sides to sit down together for talks.

How can Iran educate a million Afghan refugees?

As a new school year begins in Iran, there has been attention drawn towards migrant children who are out of school. With the number of these children estimated around 1 million, it presents a problem for social services. (22.09.2017)

The UN's children's agency, UNICEF, has said at least 3.7 million children in war-torn Afghanistan cannot go to school. Girls are at a particular disadvantage, it added. (03.06.2018)