The boat capsized due to heavy winds, leaving at least one woman and two children dead. Search efforts carried on into the night, the Greek coast guard said. 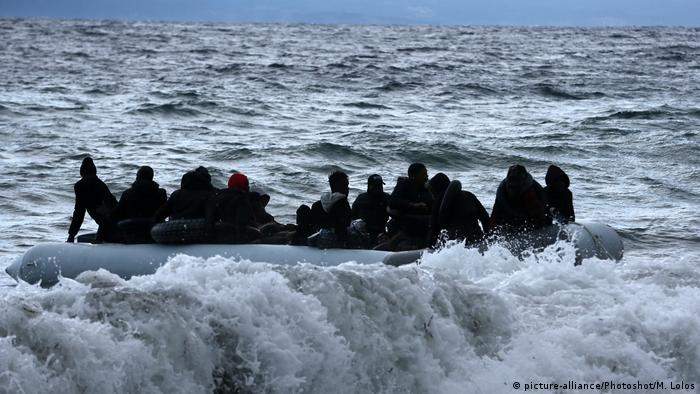 At least three people drowned and 56 were rescued when a migrant boat capsized due to heavy winds off the island of Crete late on Monday, the Greek coast guard said.

Those dead included one woman and two children. The bodies were found 12 nautical miles (22 kilometers, 14 miles) off the island's eastern coast. One of the boat's passengers had made an emergency call for help when the vessel was being hit by winds of up to 61 kilometers per hour.

Four coast guard and military vessels and two helicopters were still searching the area off the eastern coast of the island. It was unclear where the boat originated, and the nationalities of the migrants were not immediately announced.

The coast guard said that efforts continued deep into the evening to locate other people who might be in the water.

Since becoming one of the main passages to Europe for migrants and asylum seekers in 2015, Greece has built several camps and reception centers on its surrounding islands. However, the camps are often severely overcrowded.

More than 74,500 migrants and refugees made their way to Greece in 2019, most of them by sea, according to the UN refugee agency.

A boat carrying around 40 migrants and refugees sunk off the coast, killing almost everyone on board. A UNHCR spokesman said the shipwreck was the fault of 'immoral and unscrupulous smugglers' arranging such journeys.