One person has been killed in violence that followed the escape of asylum seekers from an Australian offshore immigration detention center in Papua New Guinea. Detainees have mounted a series of protests in recent weeks. 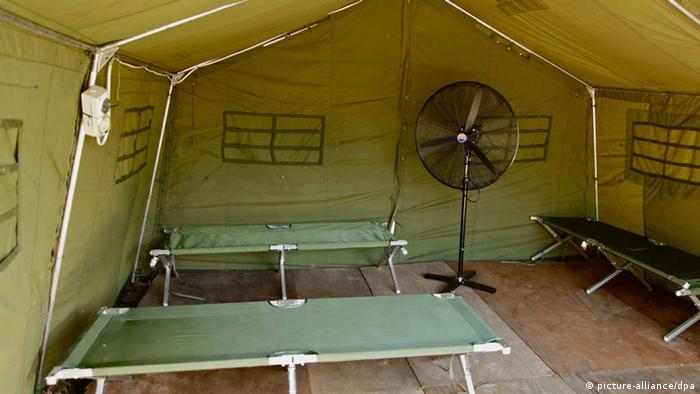 Australian Immigration Minister Scott Morrison said on Tuesday that one person had died and at least 77 people had been injured in violence at the detention center on Papua New Guinea's Manus Island.

Morrison said the deceased had received a head injury when detainees broke out of the camp through a perimeter fence late on Monday. Clashes were said to have erupted once the asylum seekers were clear of the camp, with one escapee also sustaining a gun shot.

"This is a tragedy but this was a very dangerous situation where people decide to protest in a very violent way and to take themselves outside the centre and place themselves at great risk," Morrison said in a statement. The detainees were said to have clashed with Papua New Guinea police.

The incident on Monday evening followed similar scenes a day earlier, when 19 detainees were injured and a further eight arrested. Trouble had arisen initially after detainees were told they would be settled either in Papua New Guinea or returned to their homeland.

The asylum seekers had been told they would not be accepted by Australia, nor offered any "third-country option."

Manus is one of two of Australia's offshore immigration detention centers intended to house those arriving principally from Indonesia, the other one being on the tiny Pacific island of Nauru.

Australian Prime Minister Tony Abbot's government has come under mounting criticism for its tough stance on immigration, and the treatment of asylum seekers who are processed at facilities away from the Australian mainland.

Last month, detainees at an immigration detention center in Australian territory of Christmas Island sewed their lips together as part of a hunger strike to protest about conditions.