Assessing India′s position on NATO′s Afghanistan pullout | Asia| An in-depth look at news from across the continent | DW | 24.11.2014 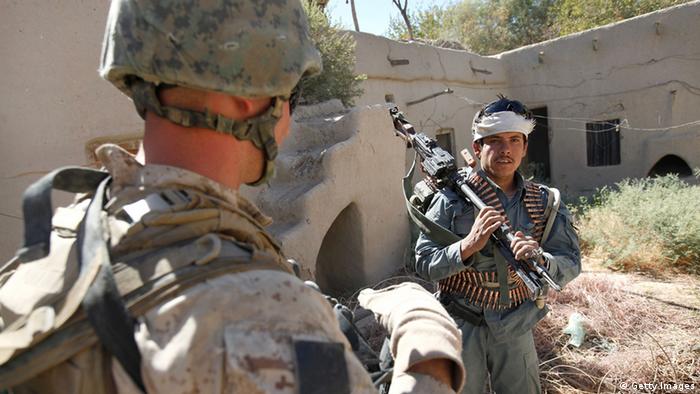 After 13 years in Afghanistan, NATO combat troops are set to leave the South Asian nation by the end of the year. But in light of a revived insurgency and high-profile attacks in the capital, Kabul, there are still doubts that Afghan forces can properly secure the country on their own. This is why many hope that the residual international troop presence - about 10,000 strong - set to remain in the country post 2014 will help address this issue.

Moreover, in the latest sign of support, US President Barack Obama recently broadened the mission, allowing US troops to once again engage Taliban fighters, and not just al Qaeda terrorists, according to the Associated Press. The armed forces were initially to limit their operations in Afghanistan to counter-terrorism missions after this year, until Obama broadened the guidelines in recent weeks, the news agency reported citing administration officials.

But analysts are of the view that much more will be needed to truly secure the vast country, especially as the actions of neighboring countries are also believed to be crucial. One of these nations, Pakistan, is believed to support the Taliban with money and equipment and use the militants as a means to maintain a political influence in Afghanistan.

Moreover, Islamabad has been locked in a decades-long struggle with neighboring India for strategic influence and a foothold in the war-torn country. Earlier this year, New Delhi announced a two billion USD aid package for Afghanistan - the biggest India has ever given to another country.

Michael Kugelman, a South Asia expert at the Washington-based Woodrow Wilson Center for Scholars, says in a DW interview that while the impending withdrawal of foreign combat troops poses a set of potential security risks for India, it also presents an opportunity to establish deeper ties with Afghanistan.

DW: What role has India played in the development of Afghanistan over the past 13 years?

Michael Kugelman: It's an undeniable fact that India has played a critical role in Afghanistan's recent development. To be sure, the likes of the US and EU have contributed more money, and the likes of China have been on the ground engaging in heavy infrastructure and natural resource projects. But India has quietly gone about helping Afghanistan through economic investment, trade, and - of particular importance - training and advising of the fragile Afghan security forces.

'The pullout will aggravate an already troubled security situation in Afghanistan,' says Kugelman

What has really transformed India into a critical bilateral partner of Afghanistan is the strategic partnership agreement signed a few years back, which involves close and frequent cooperation. It also entails a strong Indian presence in Afghanistan, mainly in a diplomatic and economic sense, which certainly does not sit well with India's rival, Pakistan.

What does the NATO pullout from Afghanistan mean for India?

Given Indian concerns about provoking Pakistan, such efforts would likely remain limited to training and advising Afghan security forces. Nonetheless, given India's desire to be recognized as a rising and responsible global power, a more visible role in Afghanistan - especially one that can grow into a leadership role - would certainly serve New Delhi's interests quite well.

What are the risks involved for India after the pullout?

There are many, the chief one being that non-state actors hostile to India will be emboldened and have more space to ramp up their operations - and perhaps even to target India in attacks.

I think there is a very real risk that the tenor and intensity of militancy playing out in Afghanistan and Pakistan could start to play out on the India-Pakistan border as well - and perhaps even inside India. With many foreign troops leaving Afghanistan, some militants currently fighting these foreign troops - militants such as those with Lashkar-e-Taiba, a group that at its core is anti-India - could be deprived of a target and therefore look to India as its next target.

Additionally, a number of anti-India militant leaders who have been rather silent and low-key in recent years seem to be using the withdrawal as an excuse to burst back on to the scene. Most prominently, the leader of Jaish-e-Mohammed, based in Pakistan, has materialized this year and threatened to kill PM Narendra Modi, and to send suicide bombers into India.

Another risk is that the India-Pakistan rivalry will intensify. Islamabad and New Delhi are both concerned about what the other does in Afghanistan, and yet both of these countries will likely be doing much more in the post-2014 environment.

What position does newly-elected President of Afghanistan Ashraf Ghani have on India and Pakistan?

Ghani and the new Afghan government represent a sea change from the last Afghan administration. While Ghani is certainly friendly to India, he lacks the deep, long-time ties of his predecessor.

As for Pakistan, Ghani's brief time in power has been notable for the extraordinary improvement in relations with Pakistan. Not only did he visit Islamabad, but Pakistan's army chief, Raheel Sharif, visited him in Kabul - a visit that yielded a surprising agreement from Afghanistan to crack down on anti-Pakistan militants based on Afghan soil. Karzai, by contrast, had a very toxic relationship with the Pakistanis and the bilateral relationship deteriorated.

Of course, what remains to be seen is what happens next year. If Afghanistan believes Pakistan is starting to tighten its embrace of its traditional Taliban and Haqqani network proxies, then all the goodwill from General Sharif's recent visit to Kabul could quickly go up in smoke. 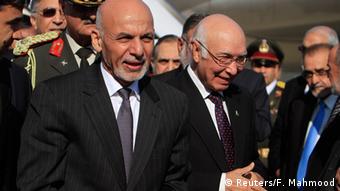 Kugelman: 'While Ghani is certainly friendly to India, he lacks the deep, long-time ties of his predecessor'

How is Indian PM Narendra Modi seeking to increase his country's influence in Afghanistan?

One of the biggest questions for the geopolitics of South Asia in the post-2014 era is how far will Modi be willing to take India's relationship with Afghanistan. The answer really depends on India's ties with Pakistan. If bilateral relations improve, then Modi would have an incentive not to provoke Pakistan. If bilateral relations get worse - and there's good reason to think they could - then Modi would feel no need to be as cautious.

Then again, Modi is a nationalist - not just in the Hindu nationalist sense, but also in the sense of a patriot who doesn't want to endanger Indian lives. By deepening India's military relationship with Afghanistan, he could put the lives of Indians in Afghanistan at even greater risk than they already are. And this is something he certainly would not want.

What do Indians make of the relationship between Pakistan and the US?

I would argue that Indians are more unhappy about the US' constant courtship of Pakistan than they are about the US withdrawal from Afghanistan. For many Indians, it also doesn't make sense that the US would want good relations with a country that, thanks to its policies in Afghanistan, imperils US interests and American lives.

I think the US-Pakistan relationship will be downsized after the pullout. As long as the US has had troops fighting in Afghanistan, there has been a need for Washington to seek Pakistani assistance - from getting permission to use supply routes, to cracking down on militants on its territory. However, with most US troops headed for the exits in Afghanistan, the US will no longer have as much of an incentive to work with Pakistan, and it likely won't have as much tolerance and patience for Pakistani policies that the US finds troubling.

That said, the relationship will continue. Many influential people in Washington believe that Pakistan has tremendous strategic significance for reasons having nothing to do with Afghanistan.

Cooperation will continue, in limited form. Aid will continue as well, though likely in lower amounts than before. With Barack Obama's reported decision to extend the combat mission of some US troops in Afghanistan beyond this year, there is an even greater incentive for keeping the US-Pakistan relationship alive in 2015.

How likely is it that Afghanistan will become the ground for a proxy war between the two nuclear-armed neighbors? 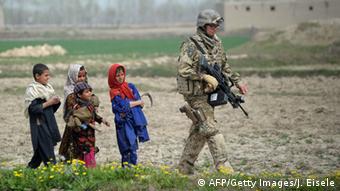 Kugelman: 'With a smaller foreign military presence in Afghanistan, the country will need stepped-up external assistance'

Afghanistan is already the site of an intense rivalry between India and Pakistan. However, India is not in the business of using non-state actors in Afghanistan to weaken Pakistan, and certainly not through violent means. I think if we want to talk about a potential proxy war in Afghanistan, it would involve Afghanistan and Pakistan.

Each country has accused the other of sheltering, and offering sanctuary to, militants that launch cross-border attacks. If Afghanistan-Pakistan relations continue to improve, as they have in recent weeks, the likelihood of such a conflict will diminish significantly.

As for India and Pakistan, the dynamics of their relationship in the Afghanistan context are very different from those of Afghanistan and Pakistan. For New Delhi and Islamabad, it's all about a fierce rivalry that can have destabilizing consequences - but a proxy war is fortunately not one of them.