The US-China trade dispute is high on the ASEAN summit agenda. The bloc's leaders are set to sign an economic partnership deal at their annual meeting in Bangkok, but not all countries want Beijing's economic hegemony. 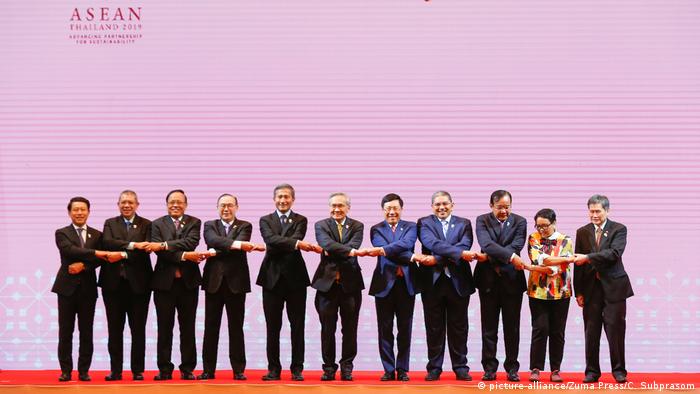 There has been less US engagement with the region since President Donald Trump came to power in 2016. Trump also pulled the US out of the Trans-Pacific Partnership (TPP), saying it was harmful for the US jobs market.

The bloc is weighing a China-drafted commercial deal — a substitute for the TPP — which would cover around half of the world's population. The Regional Comprehensive Economic Partnership (RCEP) includes all ASEAN member states — Brunei, Cambodia, Indonesia, Laos, Malaysia, Myanmar, Philippines, Singapore, Thailand, and Vietnam — plus India, Japan, South Korea, Australia and New Zealand.

"Free trade is definitely what we need here in this region," he said, admitting that Southeast Asia was wary of a prolonged US-China trade row.

If the bloc agrees on the China-drafted RCEP deal, it would be the biggest trade agreement in the world.

But India has expressed concerns over the deal, fearing that Chinese goods could flood its massive consumer market as a result of it.

Australia and New Zealand have raised objections to a lack of labor protection and environmental safeguards.

ASEAN is considered a largely ineffective platform, as experts say that diplomatic niceties in the grouping often outweigh concrete actions.

The US and India are long-standing allies, and trade is an important part of the relationship. However, a row over market access and tariffs has escalated, leading to fears of a protracted dispute. (17.06.2019)