Palm oil is used in everything from biscuits to cosmetics and fuel. But experts say its growing global production is catastrophic for the environment. So far, efforts to clean it up have largely failed. 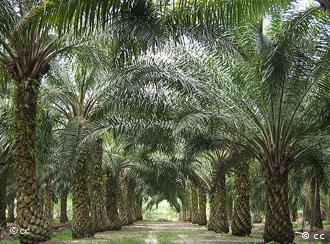 The fruit of the oil palm tree is hugely versatile. Oil squeezed from it goes into everything from cosmetics to candy bars and can even be used to power cars.

The trees also have an extraordinarily high oil yield -- as much as up to six tons of oil per hectare each year. It's estimated that the same oil output from rapeseed, sunflower or soy would require ten times the acreage. 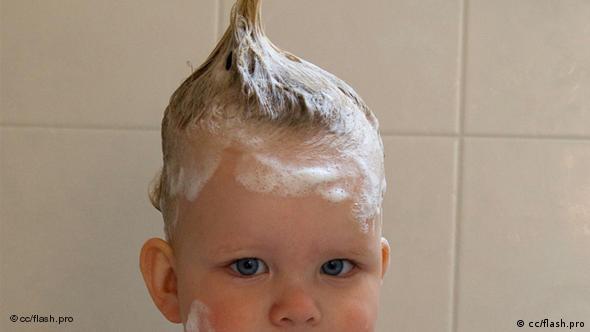 Business in palm oil is also booming. The world's top producers, Indonesia and Malaysia, have rapidly expanded their oil palm plantations as global demand for the "green fuel" surges.

Another Southeast Asian country, Thailand, is also trying to catch up with large-scale palm oil projects.

But there's a downside to the seemingly miraculous oil palm. A study commissioned by the German government in 2008 found that the trees are actually responsible for accelerating climate change.

The report by the Wuppertal Institute for Climate, Environment and Energy said the production of palm oil releases much more carbon dioxide into the atmosphere than could be saved by the oil in the form of biodiesel.

That's because of a steadily growing palm oil monoculture that experts say is a disaster for biodiversity. In Indonesia, in particular, it's estimated that as much as 1.3 million hectares (3.2 million acres) of rainforest cover is lost each year to oil palm plantations.

Worse, peatland, which is believed to store 50 times as much carbon as other tropical forests, is being rapidly cleared and burned to make way for the oil palms as well. Burning peat releases vast amounts of greenhouse gases into the atmosphere, damaging the environment and climate.

The rush to tear down forests for palm oil production has also made Indonesia the world's third-largest polluter after China and the US in terms of emissions. Forest and peatland fires make up around 85 percent of the country's emissions. 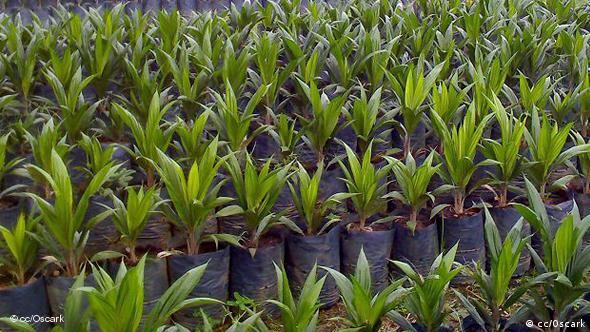 "The destruction of peat forests is a ticking climate bomb," said Guenola Kahler from the World Wild Life Fund (WWF).

Experts agree that palm oil production can only be sustainable if rainforests are left undisturbed and the production cycles are longer than the usual 25 years.

Since 2004, palm oil producers, traders and environment groups have been meeting regularly to formulate clear standards on the production of sustainable palm oil.

But the Roundtable on Sustainable Palm Oil (RSPO), as the industry-driven initiative is called, has often threatened to collapse amid wrangling. The Malaysian palm oil industry association has criticized plans to completely ban oil palm plantations on peatland. The group points out that peatland is used for agricultural cultivation worldwide.

The producers say doubts about palm oil are hypocritical. Palm oil helps fight poverty by creating jobs and thus is good for the forest, goes the argument, since poverty is the reason for the erosion of forest cover in the first place.

In 2007, Germany introduced the "Biomass Sustainability Ordinance" which specifies criteria for sustainably generated biomass for electricity production -- whether it's palm oil, canola oil or soy oil.

"We're aware that it's a long way until the necessary certification is established on the market," Germany's then Environment Minister Sigmar Gabriel said. "Our goal is to prevent the use of palm oil in Germany which is produced by destroying rain forests."

But it seems to have missed its mark -- just a fraction of the imported palm oil is used as fuel, some 95 percent of it goes into food stuff, household goods and cosmetics.

In 2008, the RSPO created its own seal of approval for palm oil. It's meant to guarantee that the certified palm oil is produced without destroying rainforests. However, it doesn't ban the clearing of endangered forests for oil palm plantations.

German consumer goods giant Henkel, which imports thousands of tons of palm oil each year, has said it plans to completely switch to RSPO certified oil in the coming years.

But environment groups aren't convinced by the RSPO's plans. According to Greenpeace's Hoelzl, they are "only used to dress up a destructive agricultural industry as environmentally-friendly."

"Currently, there is no sustainable palm oil on the market," she added.

Hoelzl, who's back from a trip to Indonesia, said that large companies such as United Plantation or Sinar Mas are continuing to clear large tracts of rainforest there for their gigantic plantations. 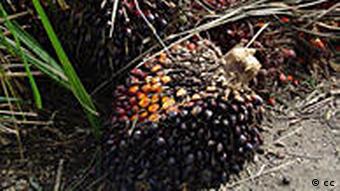 She points out that it remains relatively easy for palm oil producers to acquire RSPO certification. Often, a small part of a plantation is operated according to RSPO criteria while producers continue to illegally tear down forests elsewhere. And the resulting oil is mixed and sold as sustainable.

In October 2008, around 250 environmental and human rights groups called for action against "greenwashing" by palm oil producers.

"The only thing that would really help is a moratorium that would completely ban the conversion of natural forests and peat land into palm oil plantations," said Hoelzl. "So far, the certified palm oil has not protected the rain forest."

But it remains doubtful if clean palm oil -- if it did indeed exist -- would find enough buyers. RSPO certified palm oil has been available on the market since the end of 2008.

But a current study by the WWF shows that only 10 of the 60 largest buyers in Europe have been using the oil. That's because it's five percent more expensive than conventionally-produced palm oil.