As Greek crisis wears on, time becomes the enemy | Europe| News and current affairs from around the continent | DW | 19.01.2016

As Greek crisis wears on, time becomes the enemy

With the economy entering its seventh consecutive year of recession, Greece's crisis is testing coping mechanisms to the limit and threatening even once healthy businesses. Pavlos Zafiropoulos reports from Athens. 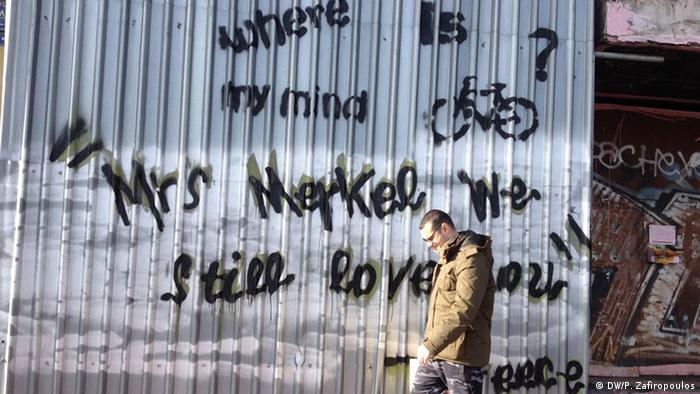 Back in 2012, over two years after Greece officially became the sick man of Europe, Nikos, then 35, was the sort of person who had become increasingly hard to find in the country: an owner in a manufacturing business that had seen three consecutive years of growth in sales.

The family-run company, started by his father and located on the outskirts of Athens, produced innovative biomass boiler systems that had seen an increase in demand as Greek citizens and companies sought to move away from increasingly expensive heating oil. Working alongside his father and brothers, Nikos sought to modernize the company's products to create sophisticated clean-burning pellet systems on par with those produced in countries such as Austria and Germany.

"We had a a lot of unique technical know-how, in automation systems, in how to exploit specifically Mediterranean forms of biomass," he told DW. "We were the first name in biomass in the country."

Three years later, those dreams are all but dead. 2013 saw a collapse in his company's sales as spending by businesses and households dried up in the face of continued economic uncertainty. Modest 'green-growth' government programs ended and were not renewed. Meanwhile ever increasing tax and social security demands added to the company's costs.

In 2014 Nikos sought to keep the company alive by making it more export oriented, enrolling in a subsidy program that would help the company meet the roughly 100,000-euro cost of certifying their new models of heating systems so they could be sold in other countries. But none of Greece's fragile banks were willing to extend a loan for the company to cover its share of the cost, rendering the effort fruitless. With the company hemorrhaging cash and a small daughter to worry about, Nikos felt he had no choice but to leave his family's company and take on a job elsewhere after a long and difficult search.

"To go from having a 1- to 1.5-million euro turnover to not having enough money for gas, it was difficult," Nikos said. "We created VAT. We took metal and added value for the government to tax, but everything that happened made it impossible to continue." 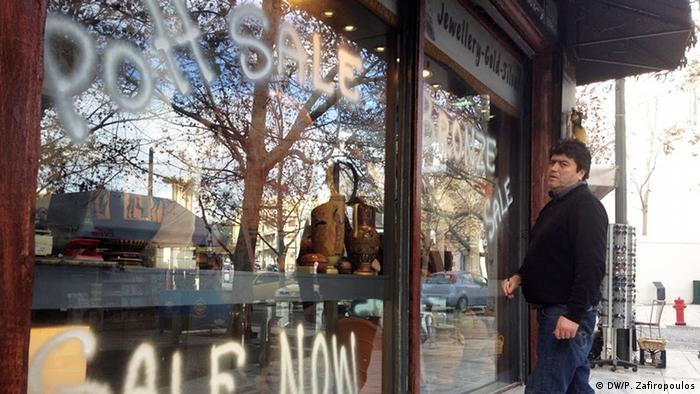 Nikos's story (who asked that his full name not be published) is just one, but is indicative of how as Greece and its lenders have sparred through one round of negotiations after another, resulting in three separate Memorandum Agreements, the real economy in the country has quietly died a million small deaths.

As Greece enters its seventh consecutive year of recession and with the unemployment rate hovering consistently near 25 percent, many businesses and families that have managed to avoid the worst until now are running out of options. As the years pass, savings are used up, property is sold off and pensioners supporting unemployed family members die.

"Grandma doesn't have any money anymore," says Phillip Feidoyiannis, a small shop owner selling artworks to tourists under the Acropolis. "It used to be that Grandma always had something set aside and could help out. Now that's gone." Feidoyiannis himself has sold land to keep his shop afloat and, like millions of Greeks, has debts to the state.

Poverty in Greece – Families in need

For him, as for all those classed as self-employed in Greece, meeting his tax obligations will become even harder in 2016 and 2017. Under a government plan to meet the demands of Greece's third bailout all self-employed individuals will be required to pre-pay 75 percent of their tax in 2016 based on the previous year's earnings, before actually earning any income. In 2017 that percentage will rise to 100 percent.

"We will have to pull rabbits out of hats," say Yiannis Rizomarkos, 42, who owns a small photography school in Athens. Even through the years of the crisis Yiannis says his business has been relatively healthy. But the insecurity created in 2015 proved to be a significant blow, driving student numbers down and forcing him to choose between keeping up with his obligations to the state or paying teachers. "I have put money into the business as opposed to making my social security payments," Rizomarkos told DW. "Otherwise I would have closed, and if I had closed it the result would be the same anyway."

For the young, the new normal

With public budgets cut to the bone, every year staff shortages in the state sector grow more pronounced as those retiring are not replaced by new hires. When pupils returned to their classrooms in September many schools were left scrambling as basic staff positions were left unfilled. Many schools such as the Agia Marina elementary in Nea Makri outside of Athens were forced to end the day before noon due to staff shortages. In more remote areas, such as on the island of Lesbos, some couldn't open at all for over two months.

By mid November the education ministry had managed to fill many of the empty positions with temporary supply teachers. But such problems are more than likely to recur. More importantly they are only the tip of the iceberg for the young, many of whom have only faint memories of a time when Greece was not in crisis. "Of course it affects them, the kids today see a dead-end, the whole situation cuts their wings," says Maria Perdikouri, President of ELME, the union of high-school teachers on the island of Lesbos. "They say why should we go and study, when they see so many unemployed graduates." 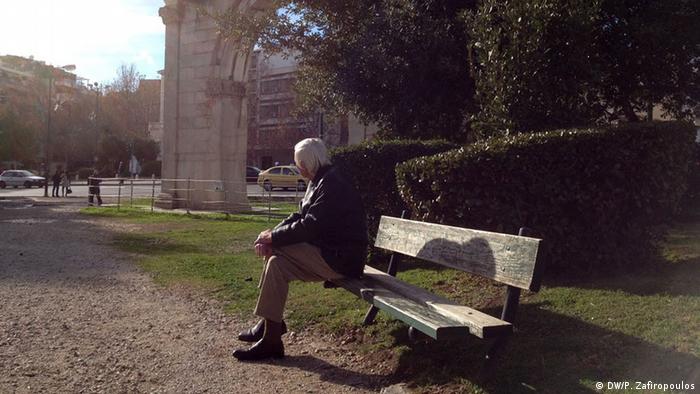 Once you've reached rock bottom it's difficult to recover

The impact on Greece's next generation is just one of the legacy effects of the crisis that will likely remain even if and when the economy finally rebounds. That, many analysts agree, depends as much on the political climate as any economic indicator. Until the next bailout review is completed by Greece's creditors (currently scheduled for February) neither are banks likely to increase lending to Greek businesses, nor are investments likely to pick up. "Usually these things are all solved at the same time," Manos Giakoumis, head analyst at the economic and political analysis website Macropolis, told DW. "The whole question is when will you reach bottom. It is primarily a macro-political issue."

But time does not wait, not even for bailout reviews. For now Nikos's father is keeping his biomass heater factory alive, if only just, now working alone. Nikos would like to return to the business but says that the clock is ticking. "Unfortunately if you have a factory with machines, if you leave them, they leave you. If something doesn't change soon, as in within the next few years, then they will become faulty and obsolete, and we would have to start from scratch."